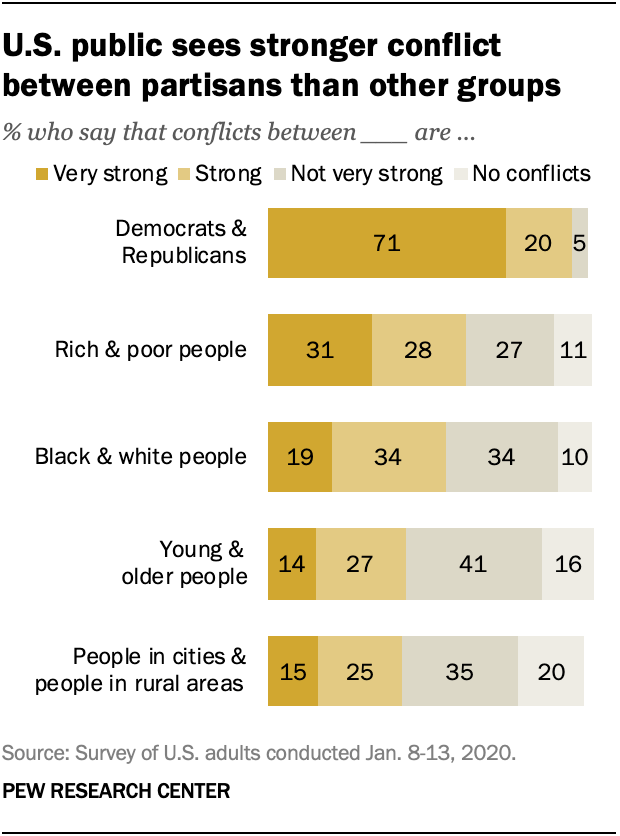 Since at least 2012, Americans have been more likely to say there are strong conflicts between Democrats and Republicans than exist between other groups in U.S. society, such as rich and poor people, young and older people, and black and white people.

But as a contentious political year unfolds, the share of adults who see strong partisan conflicts – particularly the share who perceive very strong conflicts between Democrats and Republicans – is much higher today than in 2016 or 2012, when the last two presidential elections took place.

About nine-in-ten Americans (91%) say that conflicts between the party coalitions are either strong or very strong, according to a Pew Research Center survey in January. About seven-in-ten (71%) say these conflicts are very strong.

For this analysis on how Americans view conflicts between partisans and other groups in society, we surveyed 1,504 U.S. adults in January 2020. Everyone who took part is a member of Pew Research Center’s American Trends Panel (ATP), an online survey panel that is recruited through national, random sampling of residential addresses. This way nearly all U.S. adults have a chance of selection. The survey is weighted to be representative of the U.S. adult population by gender, race, ethnicity, partisan affiliation, education and other categories. Read more about the ATP’s methodology.

The perception of these partisan divisions far overshadows that of conflicts between other groups in American society. 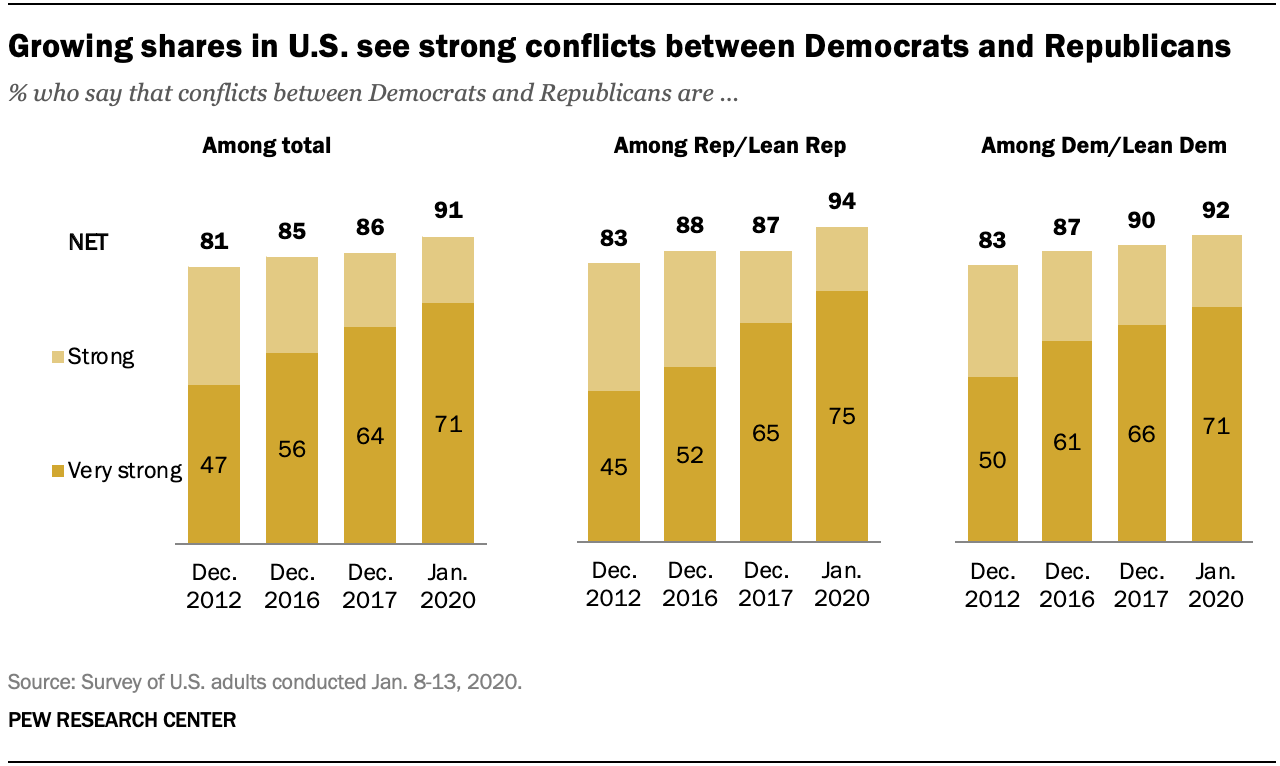 Fewer than half of Americans say there are strong or very strong conflicts between young people and older people (41%) or between people who live in cities and those in rural areas (40%). 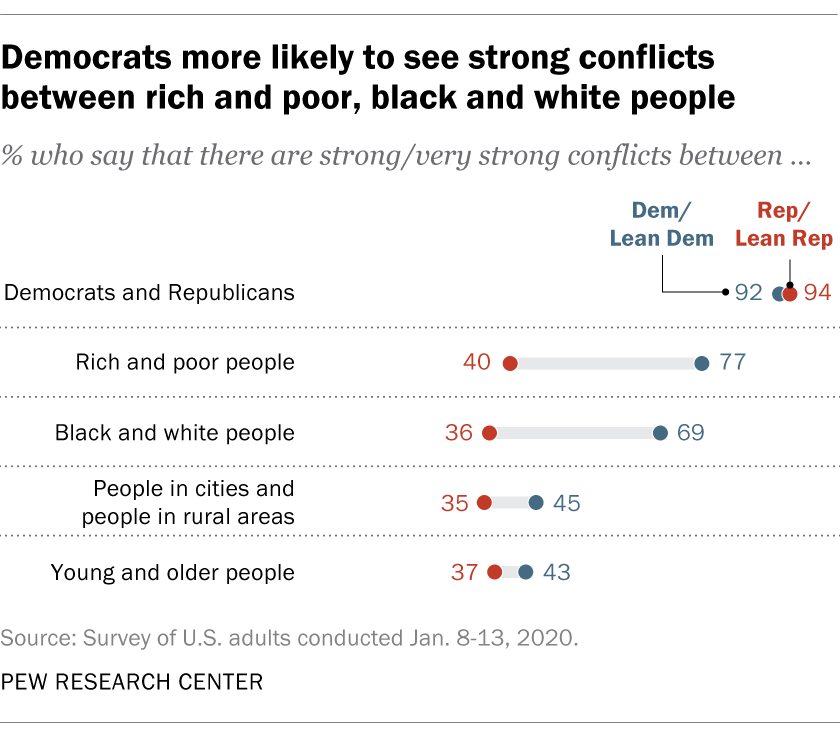 While there are only modest partisan differences in the shares saying there are strong conflicts between young and older people or between people in cities and those in rural areas, Democrats and Democratic leaners are much more likely than Republicans and Republican leaners to say there are strong or very strong conflicts between the rich and the poor (77% vs. 40%, respectively) and between white people and black people (69% vs. 36%).

By relatively wide margins, black Americans are more likely than whites to say they see strong or very strong conflicts between the two racial groups (70% vs. 47%) and between the rich and poor (74% vs. 56%). Similarly, black Americans (51%) are somewhat more likely than whites (38%) to say these conflicts exist between young and older people. These differences are much less pronounced when accounting for partisanship – for instance, 73% of black Democrats and 66% of white Democrats say there are strong or very strong conflicts between white and black people.

Adults under the age of 30 are somewhat more likely to report strong or very strong conflicts between older and younger people – 51% say this, compared with about four-in-ten of those in older age groups.

Far more Americans say there are strong conflicts between partisans than between other groups in society
Americans See Less Group Conflicts in U.S. – Except for Politics
Large majority of Americans expect that foreign governments will try to influence the 2020 election
5 key findings from our latest Election News Pathways survey, from impeachment to the Democratic race
A Majority of Americans See Conflict Between Rich and Poor
Defining generations: Where Millennials end and Generation Z begins
Americans Oppose Religious Exemptions From Coronavirus-Related Restrictions
Are you in the American middle class? Find out with our income calculator
25% in U.S. see at least some truth in conspiracy theory that COVID-19 was planned
Voters Rarely Switch Parties, but Recent Shifts Further Educational, Racial Divergence