Amid increased concern about global climate change, most U.S. adults prioritize developing alternative energy sources for the country such as solar or wind power rather than increasing U.S. exploration and production of fossil fuels (77% vs. 22%). The same Pew Research Center survey finds a growing share of homeowners are considering solar panels for home use. 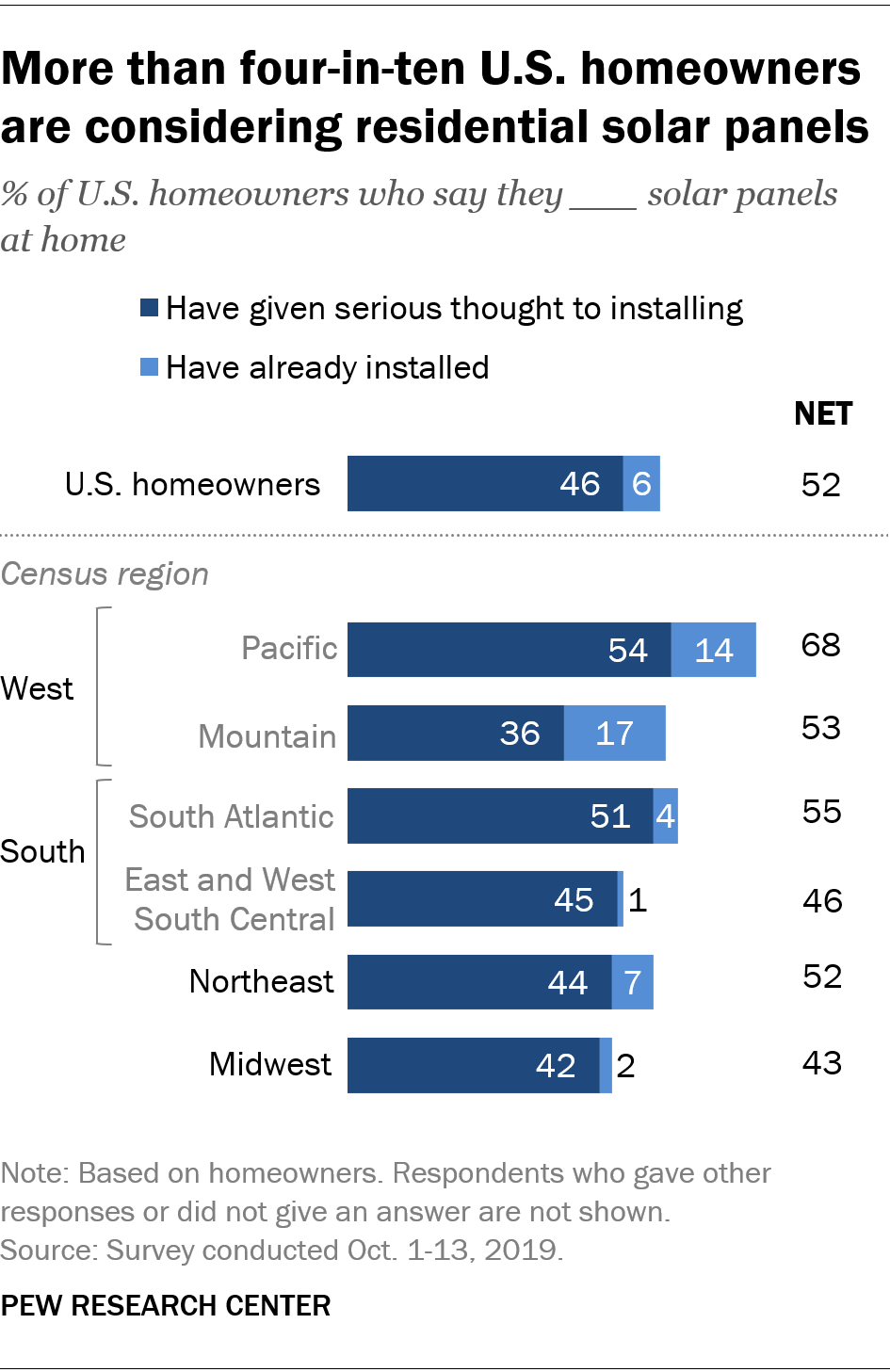 The U.S. Energy Information Administration (EIA), a government agency that collects and analyzes information about the energy industry, forecast earlier this year that small-scale solar, such as home rooftop panels, will add 9 gigawatts of electricity-generating capacity in 2019 and 2020, an increase of 44%. Solar power (both small- and large-scale) generated only 2% of the total electricity in the United States from October 2018 to September 2019. By comparison, natural gas generated 37% and coal generated 25% of total electricity.

About half of homeowners in the South Atlantic states (51%) say they are considering installing solar panels, up 20 percentage points from 2016. Homeowners in other Southern states (the East and West South Central region) tend to express more interest in installing solar panels (45% in 2019 compared with 34% in 2016), though this 11 percentage point difference is not statistically significant. Just 3% of Southern homeowners say they have solar panels at their residence, a similar share as in 2016.

Southern states have favorable weather conditions for solar power. North Carolina, Georgia and Florida are among the national leaders in capacity from large-scale solar projects, such as solar panel farms, but not for small-scale solar such as those for residential use. Advocates for solar power argue that states in the region have not enacted policies to support the installation and use of rooftop solar panels. For example, Florida and some other Southern states do not allow a third party other than the primary utility to install and own solar residential rooftop panels, which makes the cost of installing solar panels higher. 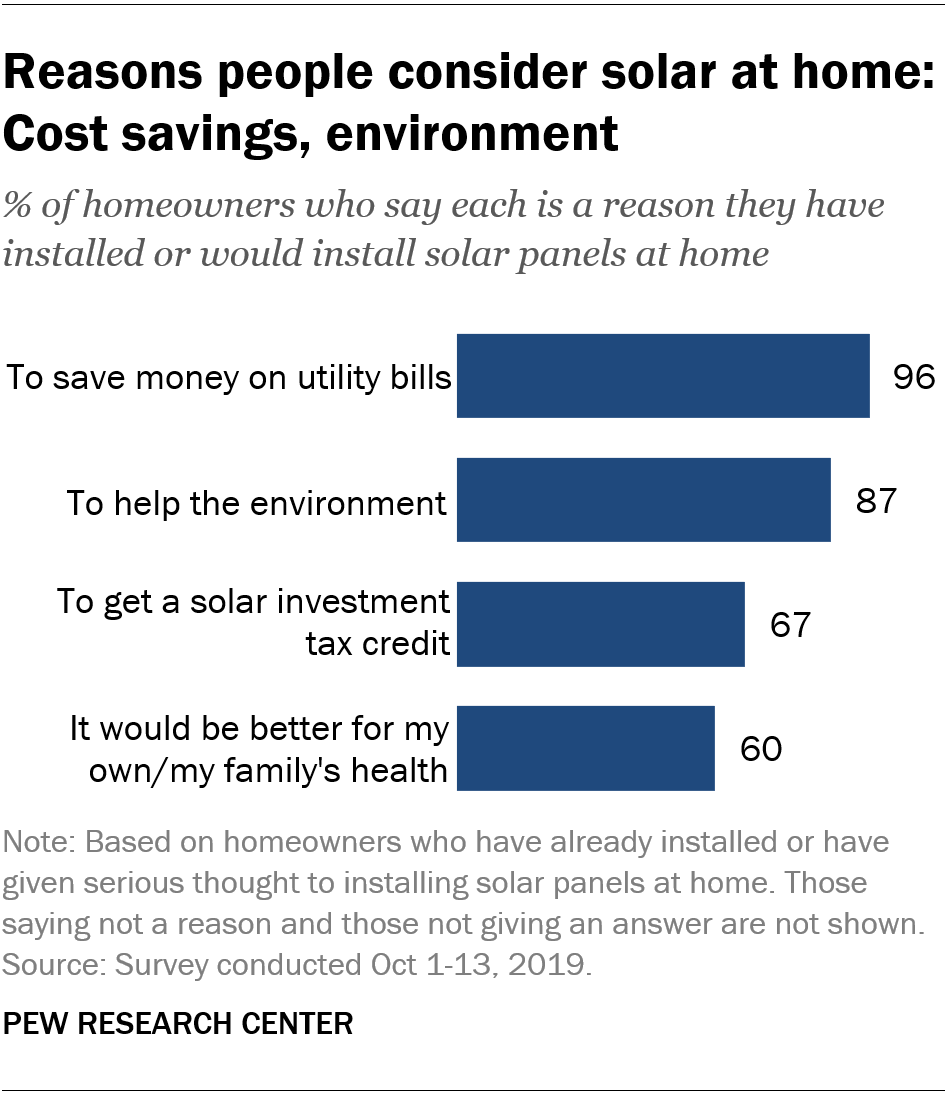 A smaller majority of homeowners (67%) say getting a solar investment tax credit is a reason they have installed or would install solar power at home. A federal tax credit for solar projects has been in place since 2005 and is available to homeowners in some form through 2021 for residential projects.