There are significant divides between younger Republicans – Millennial and Gen Z adults, currently ages 18 to 38 – and their elders in the GOP on a range of environmental and energy issues. 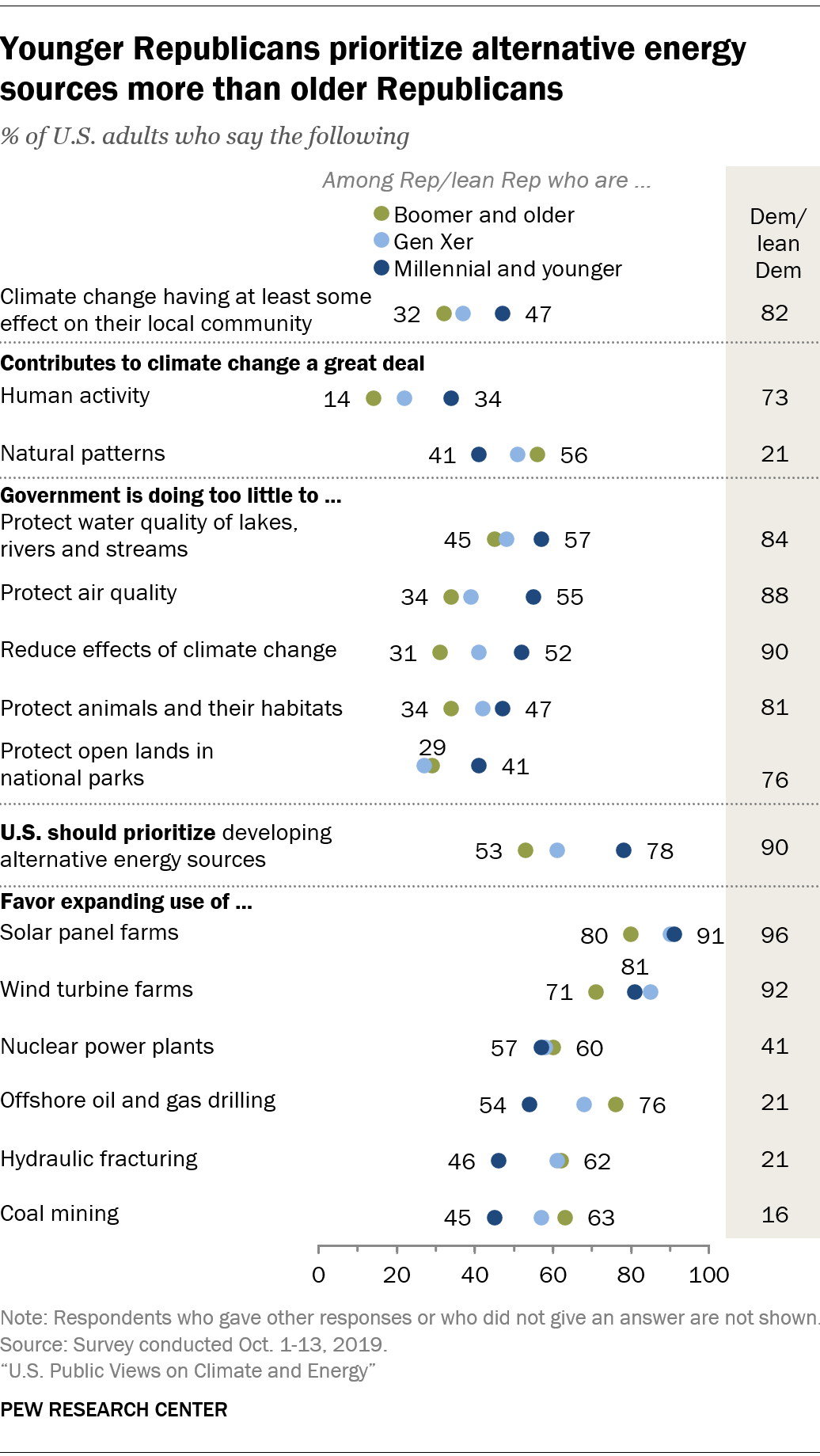 About a third (34%) of Millennial and Gen Z Republicans (including those who lean to the Republican Party) say human activity contributes to climate change a great deal, more than double the share of Republicans in the Baby Boomer or older generations who say the same (14%), according to a new Pew Research Center survey. Past Center surveys (2018 and 2017) found similar generational divides in beliefs about the most important cause of climate change. In these surveys, younger Republicans were more likely to attribute climate change, or global warming, to human activity than their older counterparts.

In addition, 47% of Millennial and Gen Z Republicans say they are seeing at least some effects of global climate change in the communities where they live, compared with about a third (32%) of Republicans in the Baby Boomer or older generations.

And, when it comes to views of energy sources, Millennial and Gen Z Republicans are less inclined than older generations in the GOP to support increased use of fossil fuel energy such as offshore drilling, coal mining and hydraulic fracturing. For example, 54% of Millennial and Gen Z Republicans support increased use of offshore drilling, compared with 76% of Republicans in the Baby Boomer and older generations. 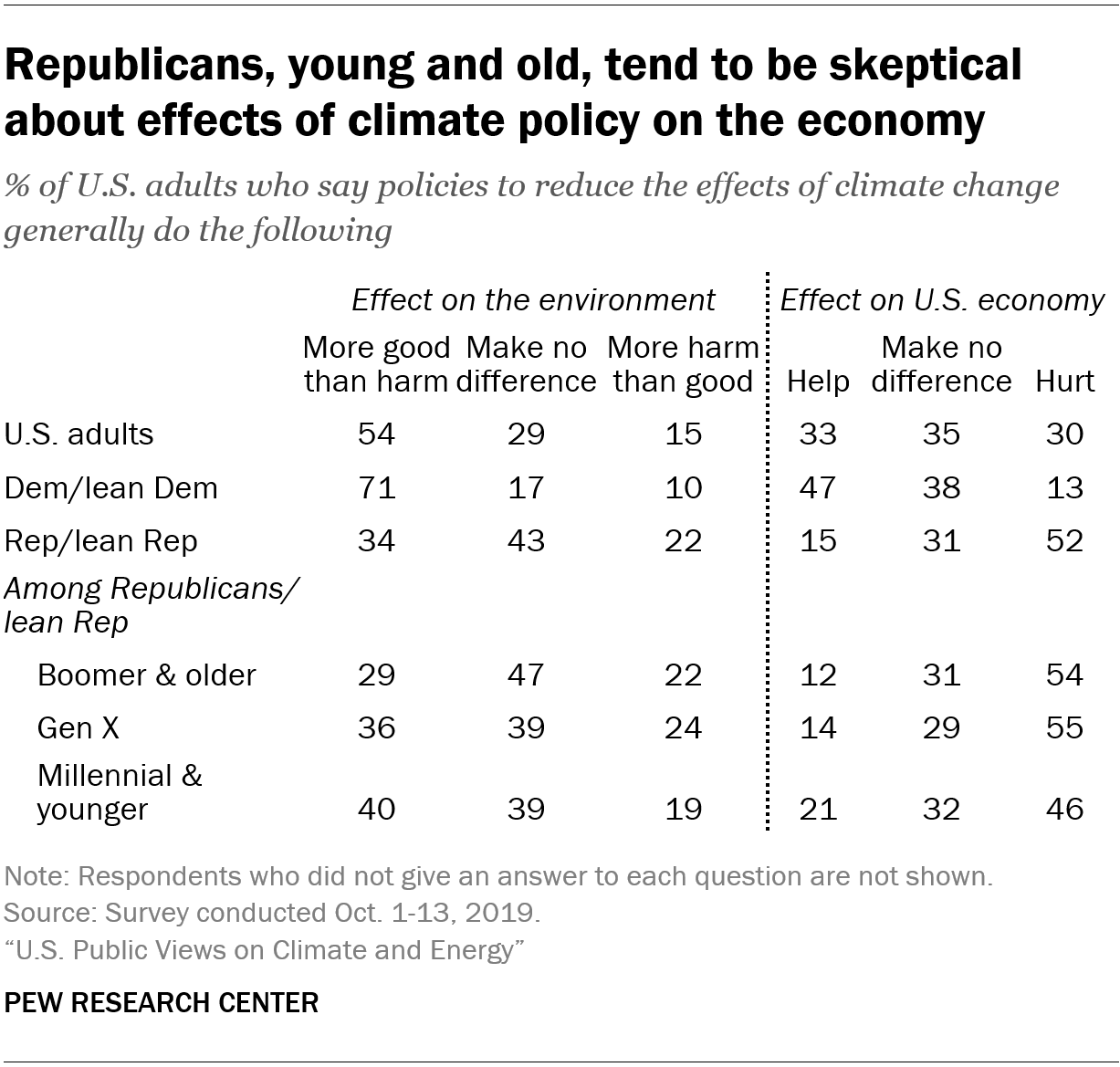 While majorities of Republicans across all generations support expanding solar and wind power, Millennial and Gen Z adults stand out as more inclined to say developing alternative energy should be a priority for the U.S. over fossil fuel production (78% vs. 53% of those in the Baby Boomer or older generations).