Racial and ethnic diversity has increased among college faculty in the United States over the past two decades, but faculty are still much more likely than students to be white. 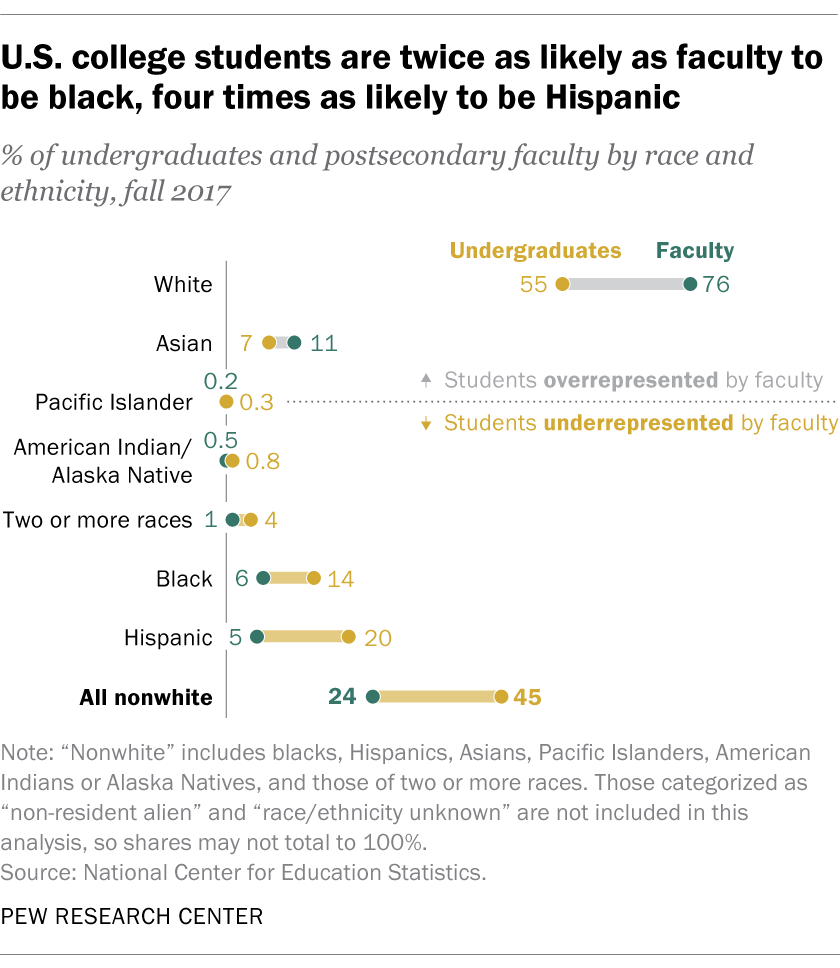 This imbalance extends to specific racial and ethnic groups. For example, in fall 2017, only 5% of faculty members were Hispanic, compared with 20% of undergraduates. Black faculty were also underrepresented compared with the black undergraduate population (6% vs. 14%). Conversely, Asian faculty made up a slightly higher portion of their peers compared with Asian students (11% vs. 7%). 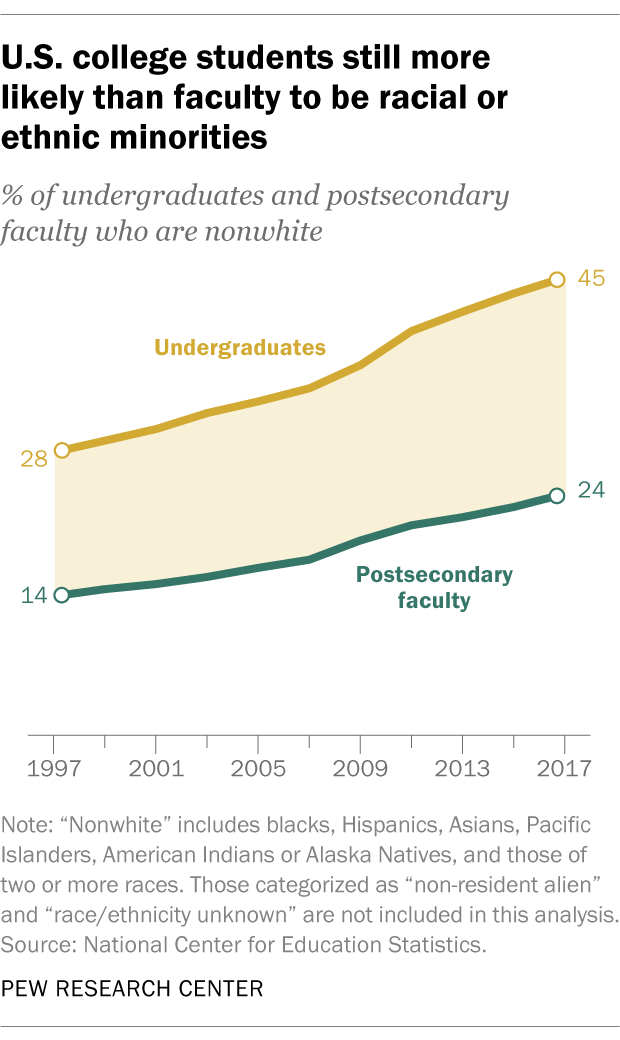 The share of nonwhite undergraduate students increased by 17 percentage points (from 28% to 45%) between fall 1997 and fall 2017, due partly to a rapidly rising share of Hispanic students. The Hispanic share of undergraduates more than doubled during this span, from 9% in 1997 to 20% in 2017.

By comparison, the share of full-time faculty members who were nonwhite grew by 10 percentage points over that period, from 14% vs. 24%.

In sharp contrast with the growing share of Hispanic students, the share of faculty who were Hispanic remained fairly flat, increasing from 3% in fall 1997 to 5% in fall 2017. Similarly, black faculty made up only 5% of the total in 1997 and 6% in 2017. 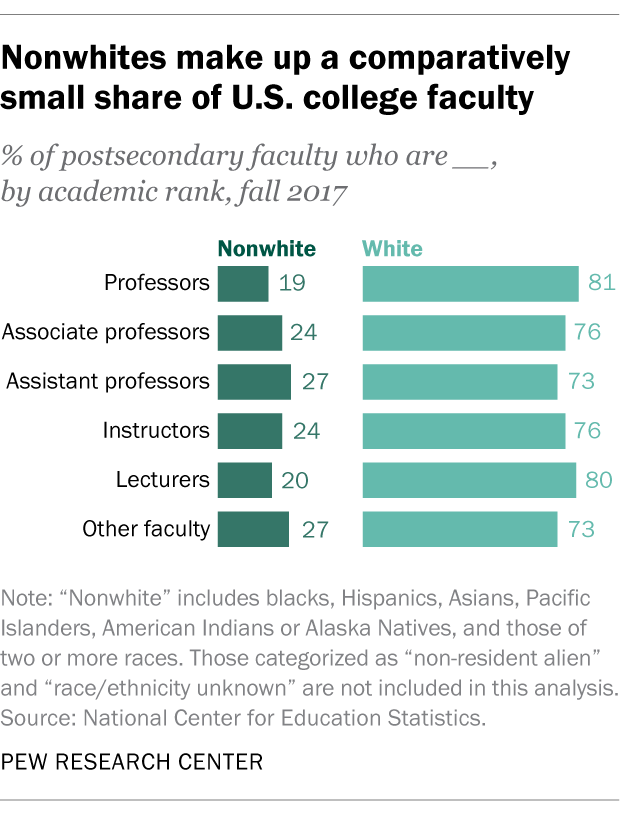 Researchers have found that racial, ethnic and gender gaps between college students and faculty exist across academic disciplines. (NCES last reported data on faculty race and ethnicity by academic discipline in 2003.) A 2017 study, for instance, showed that minority faculty members are especially underrepresented in science, technology, engineering and math (STEM) disciplines in the nation’s top 40 public universities.

Other research has found that minority students who have educators of the same race or ethnicity are more likely to look to those teachers as role models and to report greater effort in school and higher college goals. A study looking at community college classrooms found that performance gaps of minority students can close by 20% to 50% if faculty more closely resemble students.

The racial and ethnic imbalance in higher education is similar to the trend in K-12 public schools in the U.S., where teachers are far less racially and ethnically diverse than their students. In elementary and secondary schools, one-in-five teachers are nonwhite, compared with around half (51%) of public school students.

In this analysis, “nonwhite” includes blacks, Hispanics, Asians, Pacific Islanders, American Indians or Alaska Natives, as well as those of two or more races.

Those categorized as “non-resident alien” and “race/ethnicity unknown” are not included in this analysis, so shares may not total to 100%. “Faculty” is defined by the National Center for Education Statistics as those working at postsecondary degree-seeking institutions that “grant associate’s or higher degrees and participate in Title IV federal financial aid programs.”

Due to methodological changes in NCES data, nonwhite does not include people of two or more races until 2010.

College faculty have become more racially and ethnically diverse, but remain far less so than students

A majority of U.S. colleges admit most students who apply

Most Americans say higher ed is heading in wrong direction, but partisans disagree on why