Buddhists across Asia are preparing to celebrate the birthday of Prince Siddhartha Gautama, who later became known as Gautama Buddha and was the founder of Buddhism.  The Buddha is believed to have been born roughly 2,500 years ago in what is today Nepal. In Asia, where most Buddhists live, different countries celebrate the occasion on different days, including April 8 in Japan, May 12 in South Korea and May 18 in India and Nepal. The holiday goes by several names, including Buddha Purnima, Vesak, Buddha Jayanti and Ikh Duichen, and is often marked by national holidays, festivals and events at Buddhist temples.

Here are five facts about Buddhists: 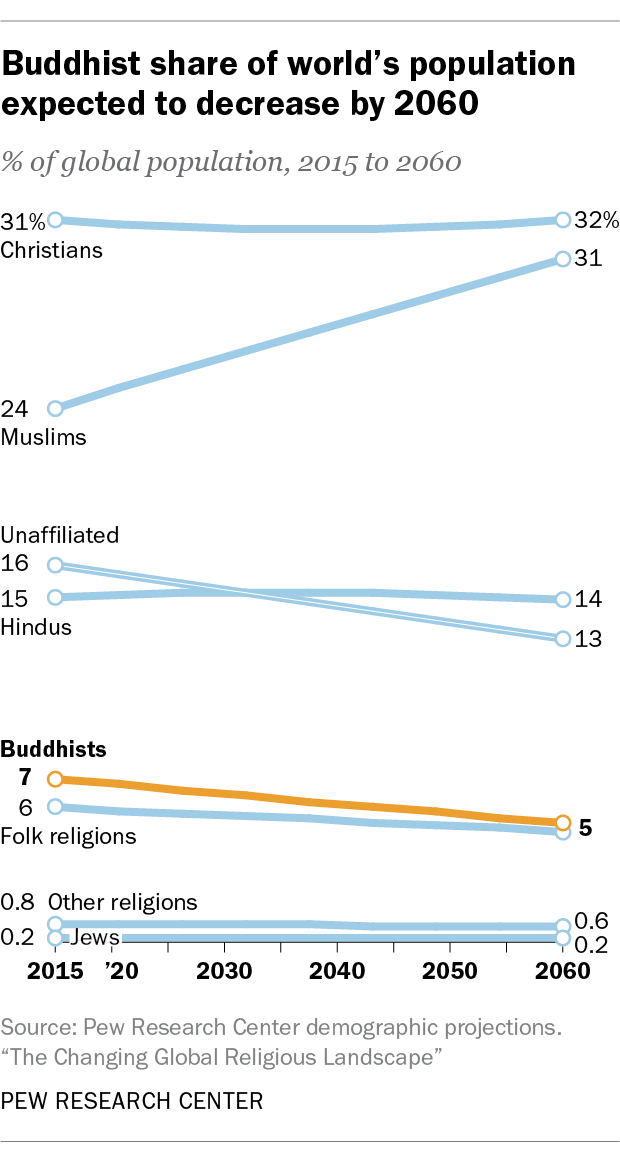 Buddhists made up roughly 7% of the world’s population in 2015, but they are expected to decrease to roughly 5% by 2060. This is because Buddhists have relatively low fertility rates compared with other religious groups, and they are not expected to grow significantly due to conversions or religious switching.

Buddhism in Asia is a matter of both identity and practice. Scholars and journalists have documented that many people in Asian countries may engage in Buddhist (and other religious) practices without considering themselves part of any organized religion.

3Scholars generally agree that Siddhartha Gautama was born in what would today be Nepal and taught in what would today be India, but Buddhism is a minority faith in both countries. Only 1% of Indians and 10% of Nepalese identify as Buddhist; in both countries, the vast majority of people identify as Hindu. Indeed, since Siddhartha was born into a Hindu family, Buddhism is considered to have originated in part from the Hindu religious tradition and some Hindus revere Buddha as an incarnation of a Hindu deity.

4Buddhists make up roughly 1% of the adult population in the United States, and about two-thirds of U.S. Buddhists are Asian Americans, according to Pew Research Center estimates. Among Asian Americans, 43% of Vietnamese Americans and a quarter of Japanese Americans identify as Buddhist, with most of the rest identifying as either Christian or religiously unaffiliated. 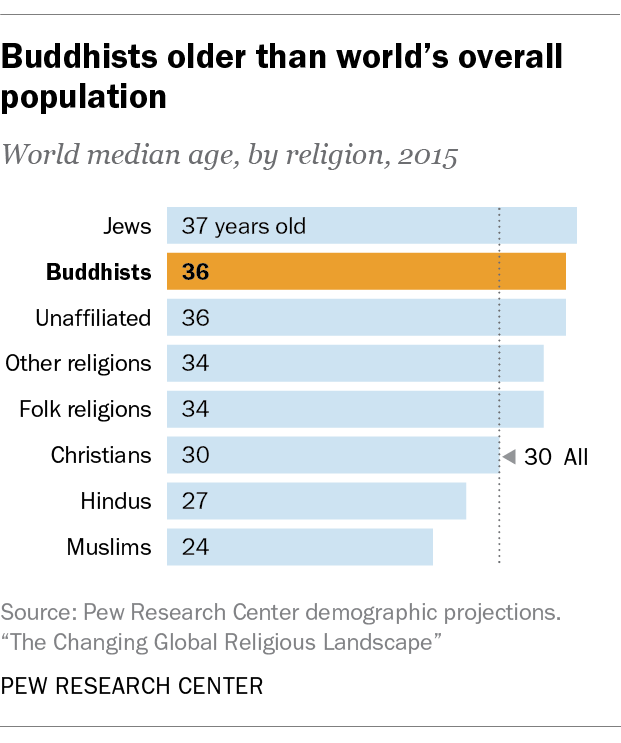 6 facts about Jains in India
Key findings: How living arrangements vary by religious affiliation around the world
Many religions heavily concentrated in one or two countries
How many people of different faiths do you know?
Eight-in-ten Indians limit meat in their diets, and four-in-ten consider themselves vegetarian