As the longest federal government shutdown in the nation’s history continues, it’s not just around the nation’s capital that government workers have been affected. The majority of federal workers live and work far from Washington, with substantial numbers found in congressional districts scattered across the country – and represented by both Democratic and Republican members of Congress. 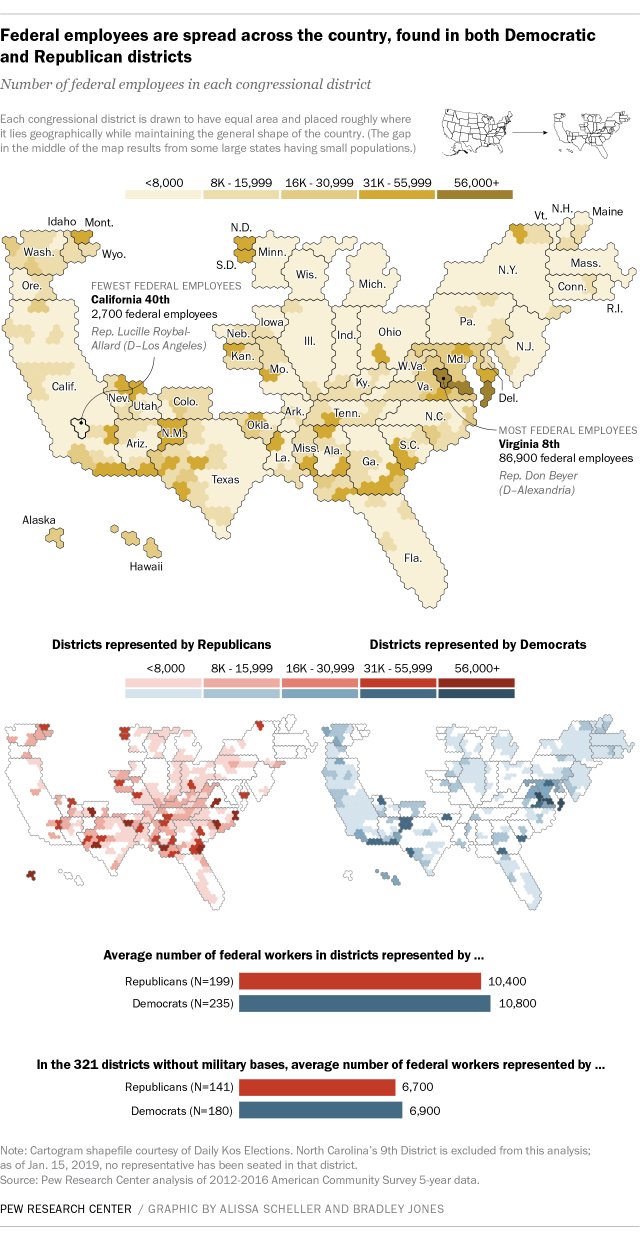 The analysis is based on the total number of federal government employees by congressional district, but data are not available at the congressional district level to break the numbers down by those who are and are not furloughed. State-level analyses of federal workers affected by the partial government shutdown have found that, along with the Washington, D.C., area, several rural states – including Montana and Alaska – have been significantly affected by the shutdown.

The widely dispersed impact of the shutdown across congressional districts is evident even when accounting for House districts with military bases. (The Defense Department has a substantial civilian workforce and is not subject to the partial government shutdown.) Looking only at those districts with no military bases, the average number of federal workers differs little between those represented by Democrats (about 6,900 workers per district) or Republicans (about 6,700 per district).

Although these data do not allow us to identify only workers or agencies who are affected by the partial shutdown, as an informal check on the findings, the analysis was restricted to the 321 congressional districts without military bases. While these districts do have, on average, fewer federal employees than those with military bases (an average of about 6,800), the pattern identified above is the same: Republican and Democratic members of Congress represent roughly equal shares of federal workers.