International relations experts at American colleges and universities overwhelmingly say the United States is less respected by other countries today than it was in the past – and the U.S. public agrees with this assessment, though to a lesser extent.

Among the foreign affairs experts, 93% say the U.S. is less respected by other countries today compared with the past, according to a survey of international relations (IR) scholars conducted in October 2018 by the Teaching, Research and International Policy (TRIP) Project at the College of William and Mary. The poll included 1,157 respondents who are employed at a U.S. college or university in a political science department or professional school and who teach or conduct research on international issues. Only 4% of these experts believe the U.S. is as respected as in the past, with a mere 2% saying the U.S. gets more respect from abroad than it has previously received. 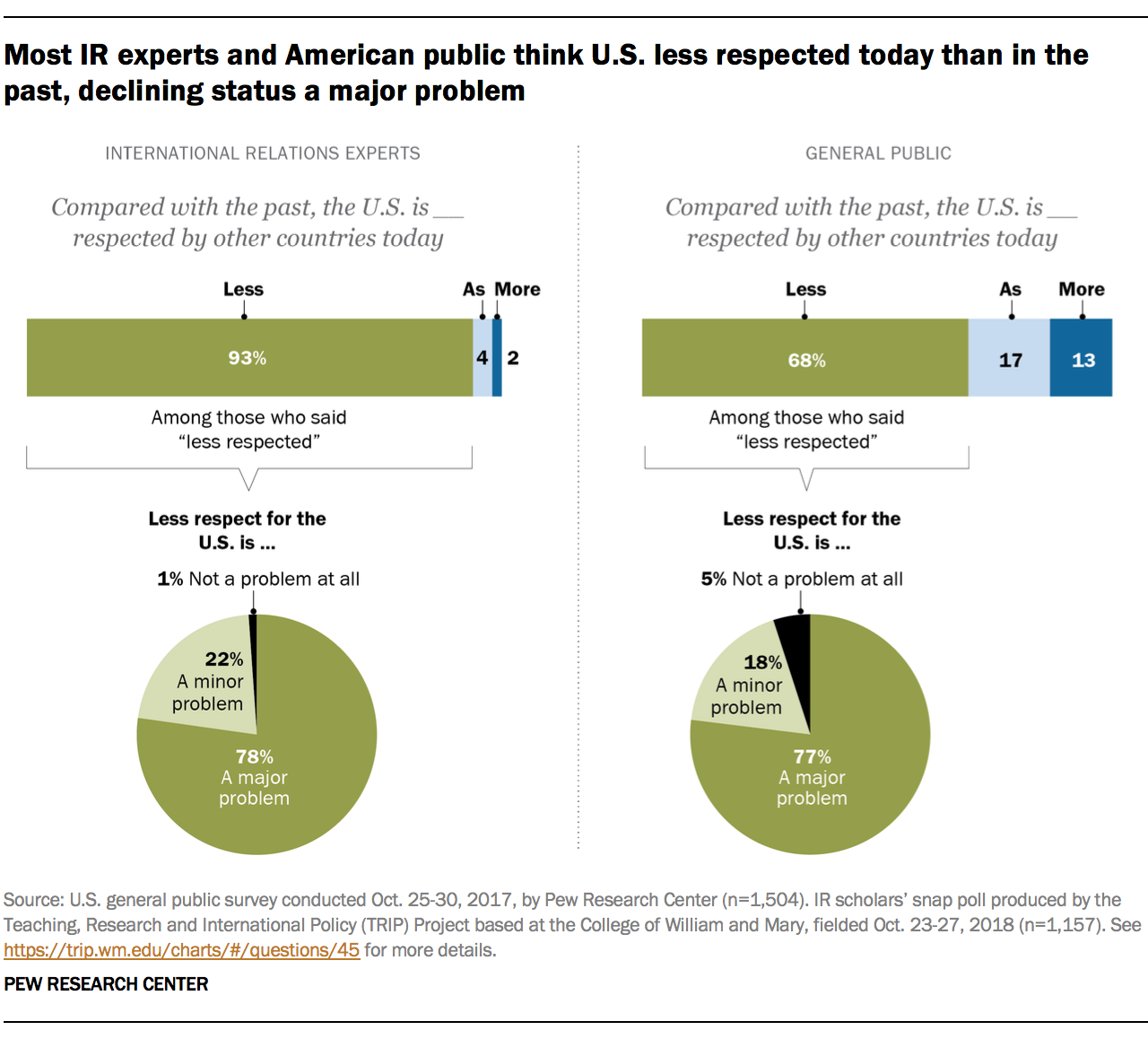 The American public also has seen a decline in other countries’ respect for the U.S., though it is less unified than IR experts in its assessment, according to a separate survey of 1,504 adults conducted in October 2017 by Pew Research Center. Roughly seven-in-ten Americans (68%) said the U.S. is less respected by other countries today compared with the past. About two-in-ten (17%) thought America had maintained its global level of respect, while 13% said the U.S. is more respected. It should be noted, however, that a majority of the American public has expressed belief that the U.S. is less respected every time the question has been asked since 2004, ranging from a low of 56% to a high of 71% holding this opinion.

In both groups of survey respondents – the IR experts and the overall public – around three-quarters of those who say the U.S. is less respected believe this is a major problem, while about one-in-five in each group (22% and 18%, respectively) say it is a minor problem.

Among the IR experts, about eight-in-ten (82%) self-described adherents to the realist school of IR theory – which stresses constant competition between states in pursuit of power – believe the U.S. is less respected than in the past, compared with 18% of realists who say there is as much or more respect for America abroad. Meanwhile, about 95% or more of those who subscribe to constructivism or liberalism – which focus less on power politics in favor of shared ideas or mutual international cooperation – and those who identify with no particular school of IR thought think the U.S. is less respected. 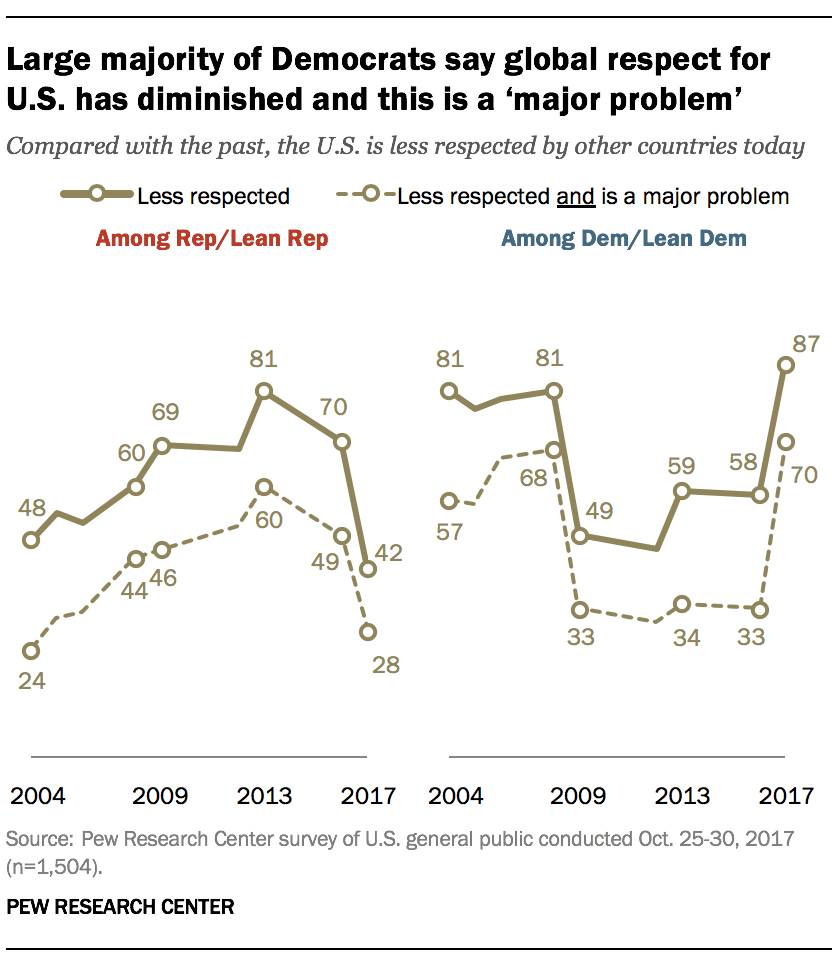 Among the public overall, there are sharp partisan differences over whether the U.S. is less respected today than in the past and whether it’s a major problem. Around four-in-ten Republicans and Republican-leaning independents (42%) asserted in the 2017 survey that the U.S. is less respected than in the past, and about a quarter (28%) deemed this a major problem. Yet more than twice as many Democrats and Democratic leaners (87%) thought global respect for the U.S. had diminished, and seven-in-ten said this is a major problem.

While majorities of Democrats viewed the U.S. as less respected internationally at various points during the Obama administration, there was a 29-percentage-point increase in the share saying this between 2016 and 2017 following Donald Trump’s election. Similarly, the share of Republicans saying that the U.S. is less respected abroad dropped by 28 percentage points from the end of the Obama administration to when Trump took office.

In many ways, recent public sentiment about whether the U.S. is less respected around the world looks similar to 2004, when President George W. Bush was dealing with the aftereffects of the 2003 invasion of Iraq. Back then, the partisan gap on this question was 33 percentage points, compared with 45 points today.