Rural Americans are more likely than people in urban and suburban areas to say access to good doctors and hospitals is a major problem in their community. Nearly a quarter (23%) of Americans in rural areas say this, compared with 18% of urbanites and 9% of suburbanites, according to a Pew Research Center survey conducted earlier this year. 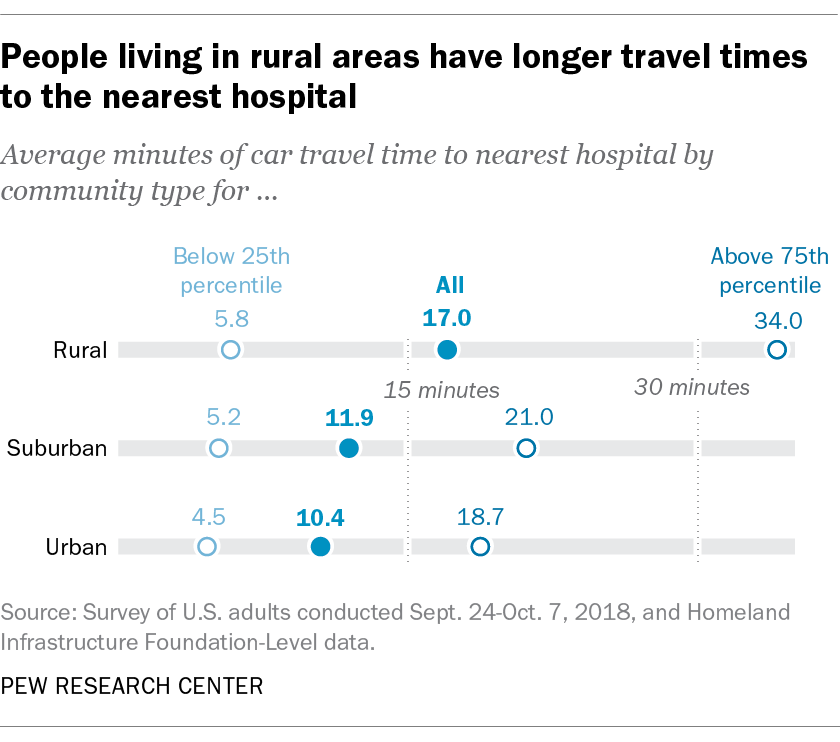 The analysis plots the distance from the nearest acute care facility for a representative sample of more than 10,000 U.S. adults included in the Center’s American Trends Panel. (In this analysis, community types are self-described; that is, survey respondents are asked whether they live in a rural, suburban or urban area.)

Overall, 18% of Americans live more than 10 miles away from their nearest hospital, while 24% live between 5 and 10 miles away and 58% live less than 5 miles away, according to the analysis. These figures reflect the fact that far more Americans live in suburban and urban areas than in rural ones.

This analysis aims to provide a concrete measure of the distance between Americans and their closest hospital in different community types across the United States. (Without a measure of the quality and range of care provided at each hospital, we can’t say much about how access to hospitals translates to well-being.)

While rural Americans live slightly farther from the nearest hospital and have a slightly longer travel time when compared with suburban and urban Americans, the overall averages mask considerable variation in access within community types – especially rural areas.

In addition to differences by community type, there are also differences by geographic region. Americans living in the census region known as West North Central (comprised of Kansas, Iowa, Minnesota, North Dakota, South Dakota, Nebraska and Missouri) have an average travel time of 15.8 minutes to the closest hospital. By comparison, people in the Pacific region (comprised of Alaska, California, Hawaii, Oregon and Washington) have the shortest average travel time, at 11.4 minutes. 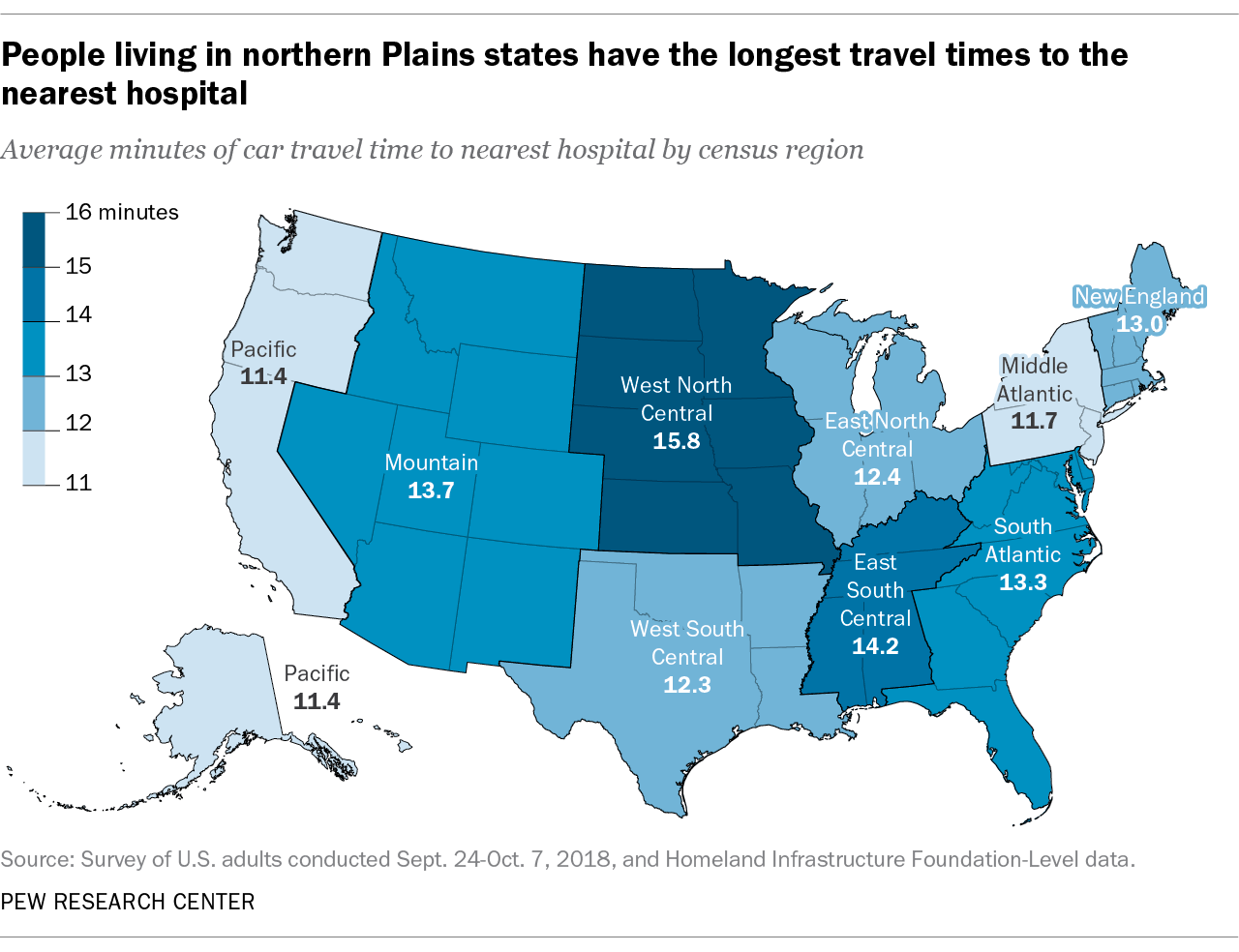 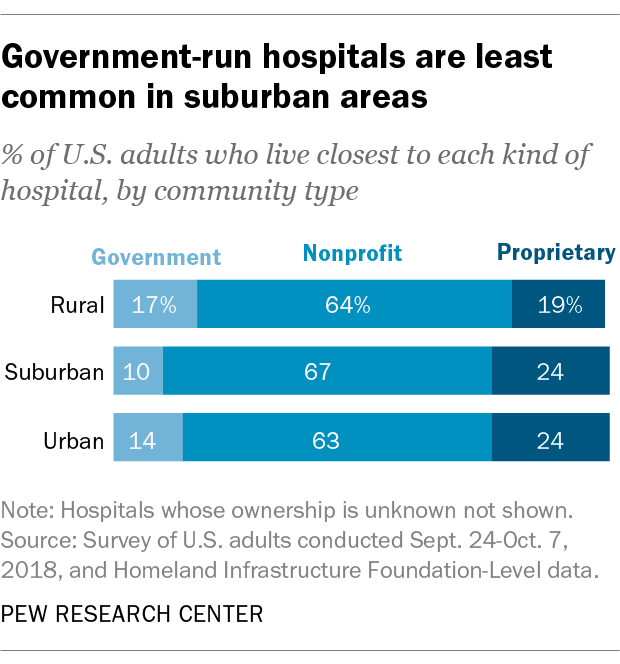 To conduct this analysis, researchers used the addresses of a random sample of over 10,000 Americans using Pew Research Center’s nationally representative American Trends Panel. They then calculated the linear distance between the respondent’s address and the hospitals, using hospital locations listed in a database known as Homeland Infrastructure Foundation-Level Data. The dataset contains a total of 7,570 hospitals, including 4,511 that are classified as “general acute care” hospitals, which are the focus of this analysis. (Other categories include long-term care, psychiatric and children’s hospitals.) After identifying the closest hospital by linear distance, researchers used the Google Maps API to calculate the travel time and distance to the nearest general acute care facility.

Note: The full methodology can be found here (PDF).