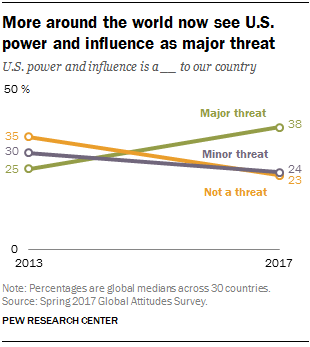 More people around the world see U.S. power and influence as a ‘major threat’ to their country
Many around the world see climate change as a major threat
A look at how people around the world view climate change
How people in Asia-Pacific view China
Key public opinion findings on Trump, Putin and the countries they lead
5 facts about presidential and vice presidential debates
Quiz: Where do you fit in the political typology?
The 2020 Trump-Biden matchup
Important issues in the 2020 election
Many Americans Get News on YouTube, Where News Organizations and Independent Producers Thrive Side by Side