As of 2014, there were roughly 245 million adults in the United States, including 173 million Christians and 56 million people without a religious affiliation. These are big numbers that, along with many others in the religious demographic pie, can at times make it difficult to fully understand the American religious landscape.

But what if we looked at this big picture a little differently? What if we imagined the U.S. as a small town, population 100, instead of a continent-spanning nation with hundreds of millions of people? Doing so presents an interesting thought experiment because it allows us to see basic data about the U.S. and its people in a fresh, simple and illuminating way.

The following five charts use data from the 2014 Religious Landscape Study to create a religious demographic profile of the U.S. if the country were made up of exactly 100 adults. 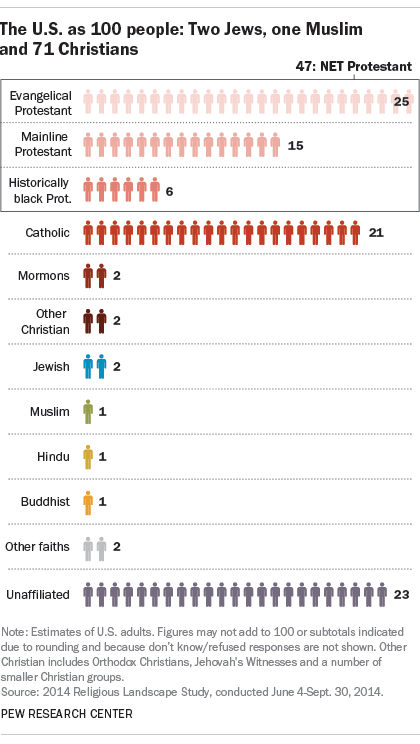 If the U.S. contained just 100 adults, 25 would be people who identify with evangelical Protestant denominations, 23 would be religiously unaffiliated and 21 would be Catholic. Just two would be Mormon, two would be Jewish and one would be Muslim. 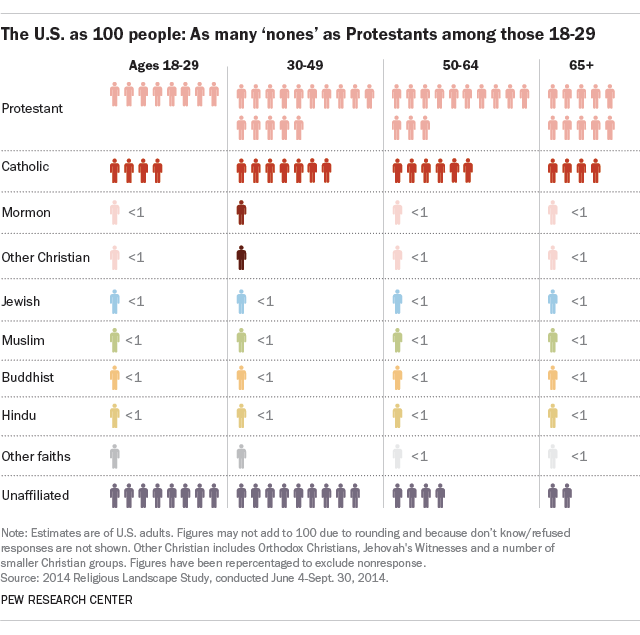 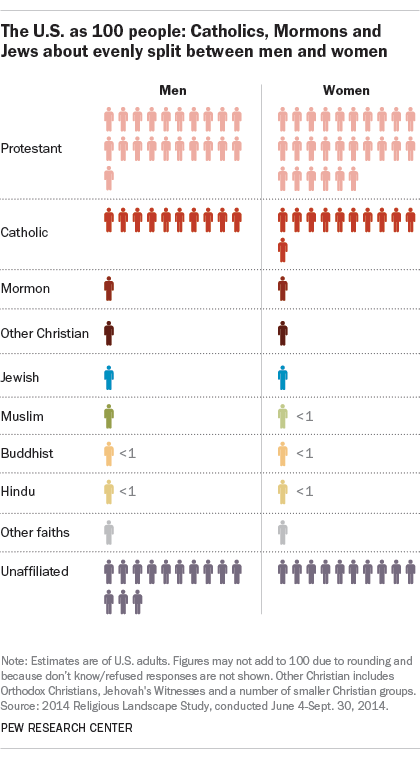 Among adult women, 26 would be Protestant, 11 would be Catholic and 10 would be religiously unaffiliated. Among the men would be 21 Protestants, 10 Catholics and 13 religious “nones.” 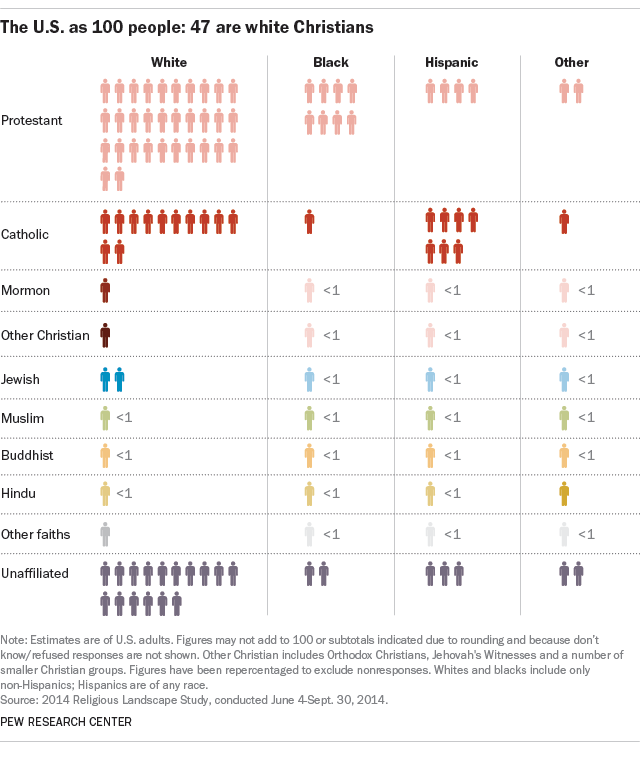 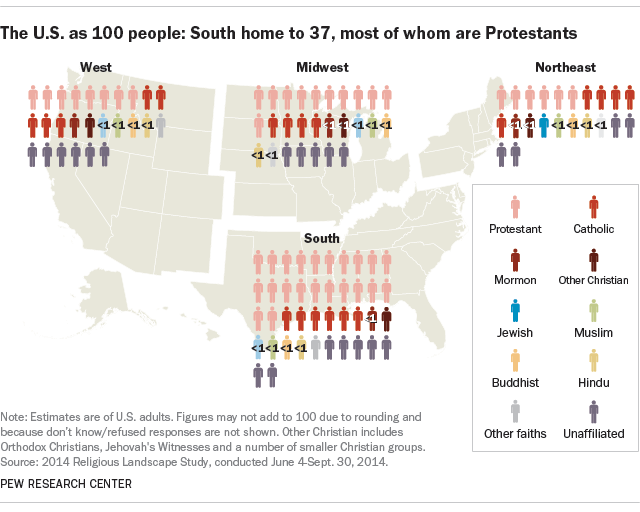