Supporters of Hillary Clinton and Donald Trump disagree on whether to support or oppose expanding the production of a range of fossil fuel energy sources, according to a new Pew Research Center analysis. Most Trump supporters favor increased production from coal mining, fracking or offshore oil and gas drilling, while most Clinton supporters oppose expanding the use of these sources. 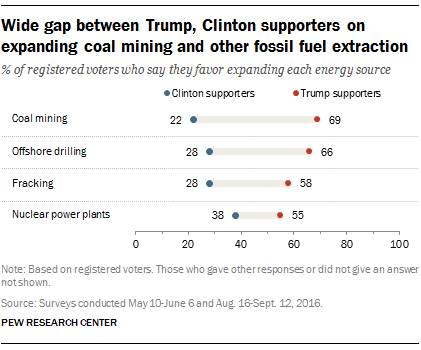 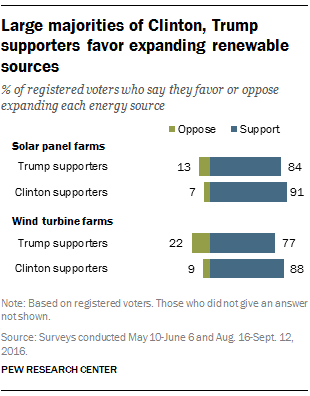 These differences are in keeping with candidate positions on coal: Trump has promised to revive the coal industry, while Clinton has promised to phase out reliance on fossil fuel energies and expand renewable energy production, such as wind and solar power.

Differences between each candidate’s supporters are broadly in line with a recent Pew Research Center report that shows deep partisan divisions on energy issues and views of climate change.

But past Pew Research Center surveys have found Democrats are more likely than Republicans to prioritize development of alternative energy sources over fossil fuel development.