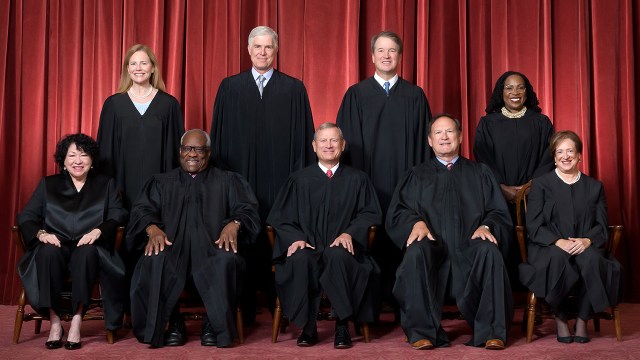 Formal group photograph of the Supreme Court as it was been comprised on June 30, 2022 after Justice Ketanji Brown Jackson joined the Court. The Justices are posed in front of red velvet drapes and arranged by seniority, with five seated and four standing.

Credit: Fred Schilling, Collection of the Supreme Court of the United States