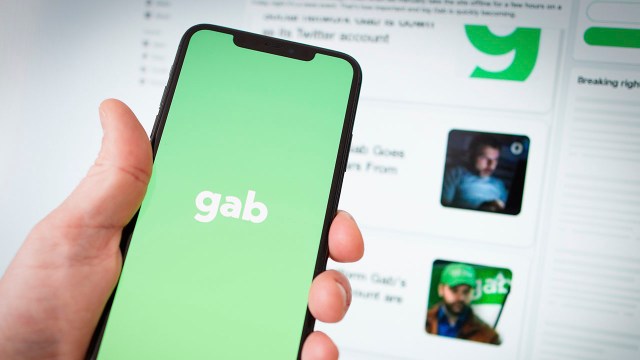 The Gab logo is seen on an iPhone 11 Pro Max with the Gab website running in the background in this photo illustration in Warsaw, Poland on February 20, 2021. Gab is an American alt-tech social network known for it’s far-right userbase. It has been described as a haven for Neo-Nazi extremists, white nationalists and QAnon conspiracy theorists. Users banned from other platforms have sought refuge on the Gab platform which says it promotes fre speech and liberty. (Photo by Jaap Arriens / Sipa USA)(Sipa via AP Images)