This analysis is part of Pew Research Center’s most comprehensive, in-depth exploration of religion among Black Americans. Its centerpiece is a nationally representative survey of 8,660 Black adults (ages 18 and older), featuring questions designed to examine Black religious experiences. Responses were collected from Nov. 19, 2019, to June 3, 2020, but most respondents completed the survey between Jan. 21 and Feb. 10, 2020. Findings from the survey were first reported in the 2021 report “Faith Among Black Americans.” The Center recruited such a large sample to be able to examine the diversity of the U.S. Black population, allowing for this detailed look at Black Catholics. 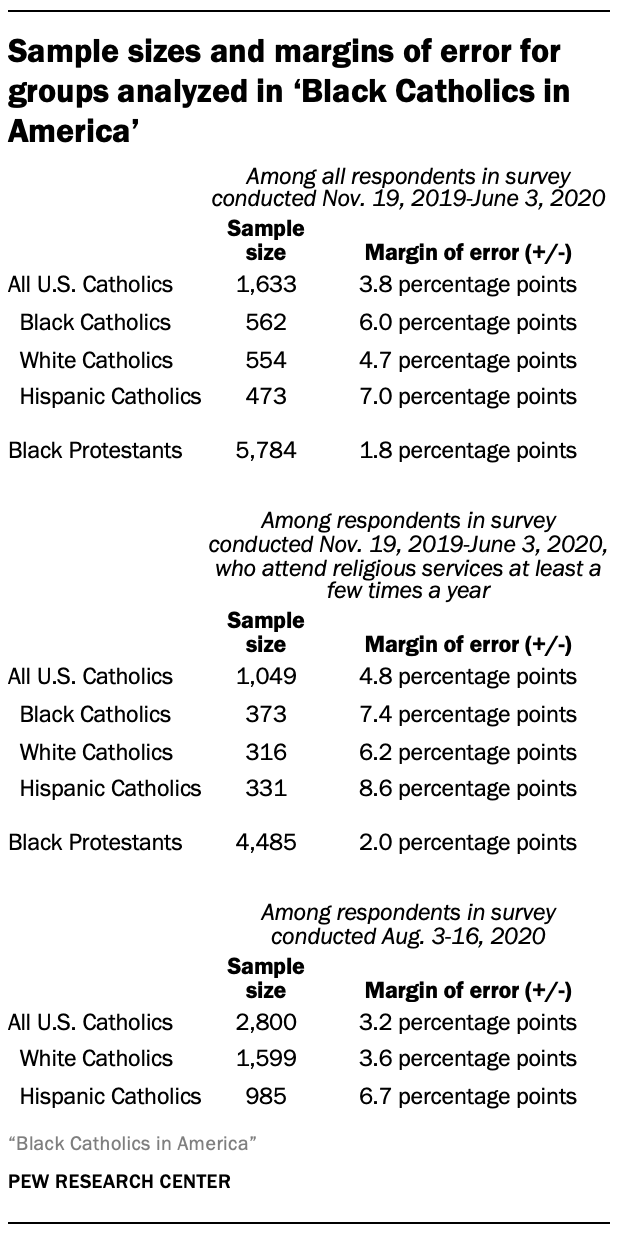 For this report, the weights for non-Black respondents were trimmed at the 99.8th percentile instead of the 95th percentile that was used in the 2021 report. This was done to improve the quality of comparisons between Catholics of different racial and ethnic backgrounds.

In addition to the 2019-2020 survey described in “Faith Among Black Americans,” some analysis in this report draws on an annual profile survey conducted Aug. 3-16, 2020, among members of the Center’s American Trends Panel. Details about methods used for ATP surveys are available here.

Sample sizes and margins of error for the groups analyzed in this report are included in the accompanying table. In addition to sampling error, one should bear in mind that question wordings and practical difficulties in conducting surveys can introduce error or bias into the findings of opinion polls.