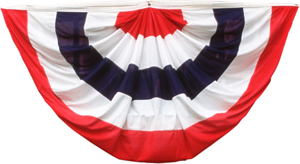 As the two major political parties gather for their national conventions, Americans’ values and basic beliefs are more polarized along partisan lines than at any point in the past 25 years, according to Pew Research Center polling. Party has now become the single largest fissure in American society, with the values gap between Republicans and Democrats greater than gender, age, race or class divides.

So, how do your political values compare? Answer 12 questions that were part of a national survey conducted by the Pew Research Center, and find out where you fit on the partisan political spectrum.