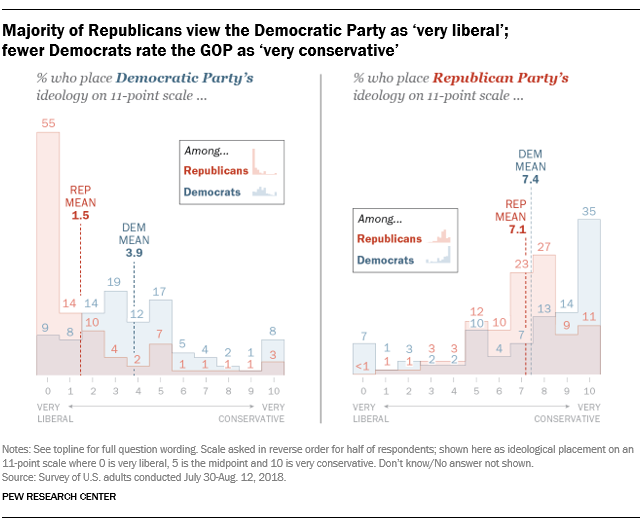 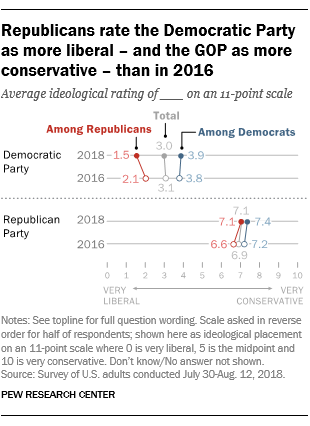 About a third of Democrats (35%) give the GOP the most conservative rating possible – which is far lower than the share of Republicans who place the Democratic Party at the most liberal point on the scale. Nonetheless, Democrats are much more likely than Republicans to rate the GOP’s ideology as very conservative.

The national survey by Pew Research Center, conducted July 30 to Aug. 12 among 4,581 adults, finds that Republicans give the GOP an ideological rating of 7.1 on the scale. Democrats rate their party closer to the middle of the ideological scale (where 5 is the midpoint); on average, Democrats give their own party a rating of 3.9.

Overall, Americans place themselves close to the midpoint on the ideological scale, with an average rating of 5.2. More than half (53%) rate their own ideology between 3 and 7 on the scale, including about one-in-five (22%) rate themselves at exactly 5. 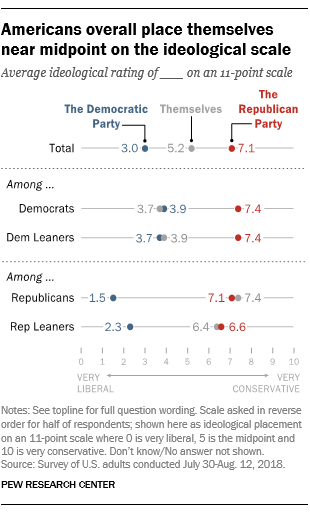 Republicans’ and Democrats’ ratings of their own ideologies are similar to ratings they give their parties. Republicans, on average, give themselves a 7.4 rating and rate the Republican Party 7.1. The average self-rating among Democrats is 3.7 on the scale and their rating of the Democratic Party is 3.9.

The 11-point ideological scale results in a somewhat different picture of the public’s ideological leanings than a commonly used survey measure that asks whether people describe their political views as very conservative, conservative, moderate, liberal or very liberal. 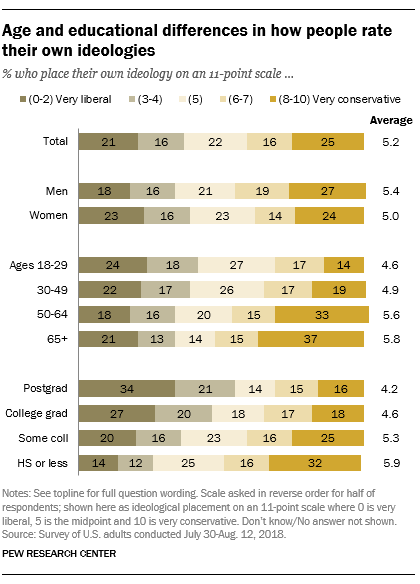 There are age and educational differences in how people rate their own ideology. Among adults under 50, more place their ideology at the liberal (23%) than conservative (17%) end of the scale. Among those 50 and older the ideological balance is reversed: 34% use one of the most conservative points to describe their ideology, while 19% use one of the most liberal points. 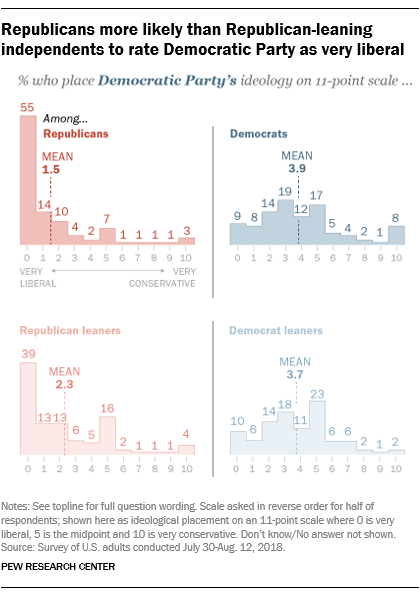 Democrats and Democratic-leaning independents have similar ratings of the Democratic Party’s ideology. 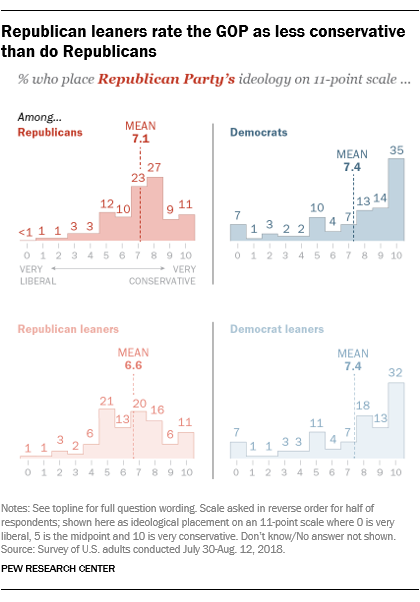 There is little difference between Democrats and Democratic-leaning independents in views of the Republican Party’s ideology.