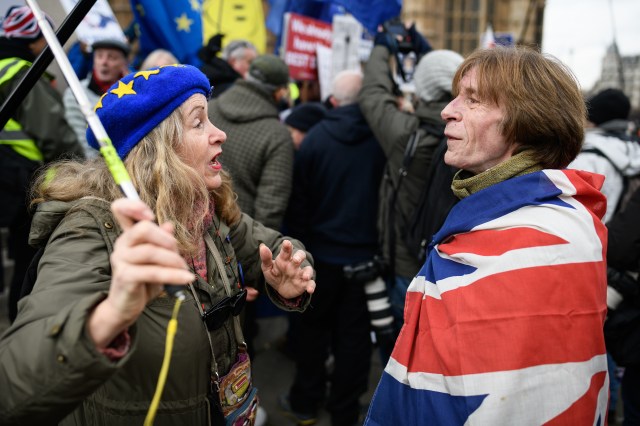 LONDON, ENGLAND – JANUARY 29: Pro-EU and pro-Brexit protestors discuss the vote and ongoing political processes as they demonstrate near to the Houses of Parliament on January 29, 2019 in London, England. MPs debate the amendments to the Prime Minister’s Brexit plans in the House of Commons this afternoon and vote on them this evening from 7pm. (Photo by Leon Neal/Getty Images)