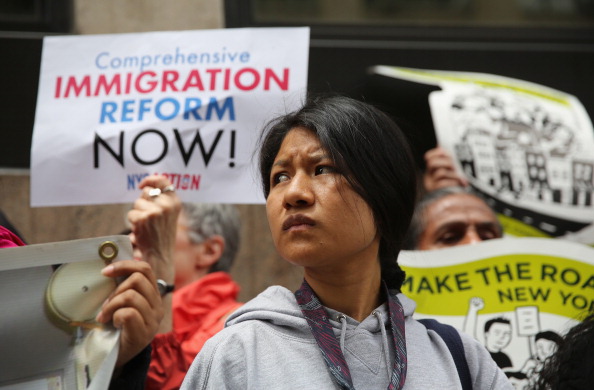 NEW YORK, NY – JUNE 14: Immigration reform advocates stage a demonstration, organized by the New York Immigration Coalition, outside a detention facility run by Immigration and Customs Enforcement (ICE) on June 14, 2013 in New York City. Demonstrators staged the event ahead of Fathers’ Day to draw attention to the thousands of undocumented immigrant fathers deported by ICE and separated from their families in the United States. (Photo by John Moore/Getty Images)