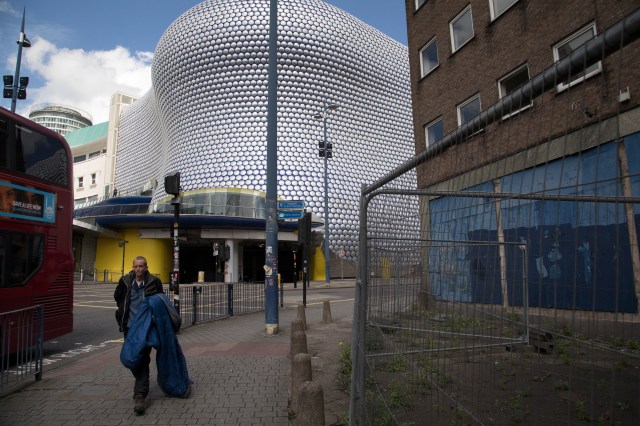 Showing the gap between rich and poor, a homeless man carrying his sleeping bag past the modern landmark architecture of the Selfridges Building in Birmingham, United Kingdom. The building is part of the Bullring Shopping Centre and houses Selfridges Department Store. The building was completed in 2003 at a cost of £60 million and designed by architecture firm Future Systems. It has a steel framework with sprayed concrete facade. Since its construction, the building has become an iconic architectural landmark and seen as a major contribution to the regeneration of Birmingham. (photo by Mike Kemp/In PIctures via Getty Images)