This profile provides key demographic information on Latino eligible voters1 and other major groups of eligible voters in Washington. 2 All demographic data are based on Pew Hispanic Center tabulations of the U.S. Census Bureau’s 2010 American Community Survey.3 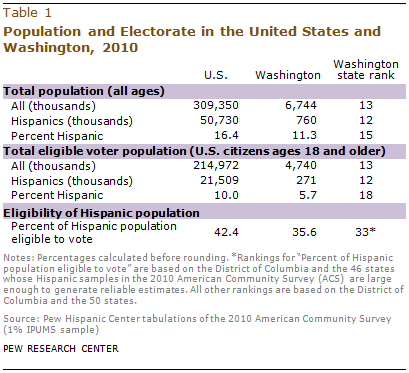 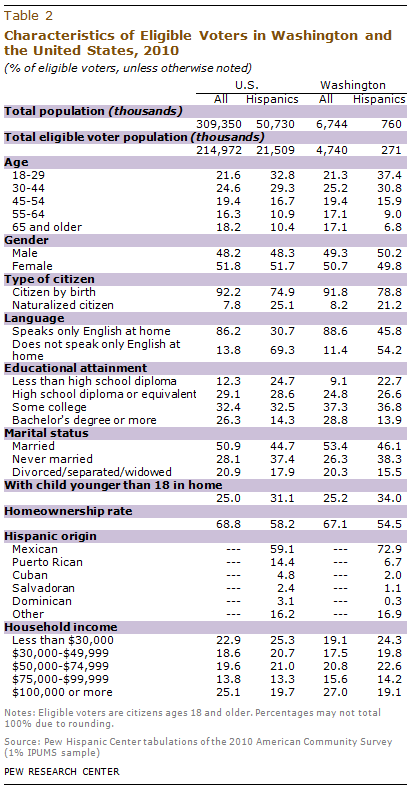 Characteristics of Eligible Voters in Washington, by Race and Ethnicity 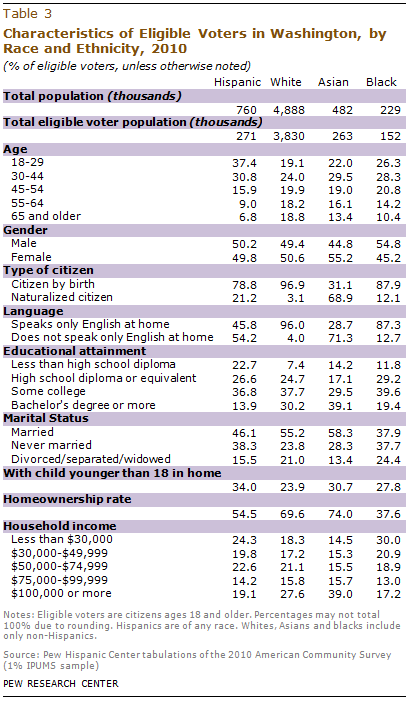