Latino voting strength is limited by the fact that one-third of all Latinos is under the age of 18 and by the fact that many Latino adults are not U.S. citizens. Because of these factors, the share of the Hispanic population that is eligible to vote is lower than it is among either whites or blacks, even though the Hispanic population has grown rapidly in recent decades (Suro, Fry and Passel, 2005).

In Georgia—a state where the vast majority of Hispanic adults are foreign born who arrived within the last decade or two—the gap is even wider. There, only 22.9% of the state’s Latinos are eligible to vote, compared with 76.2% of whites and 69.6% of blacks. Similar patterns are present in other “new settlement” states. 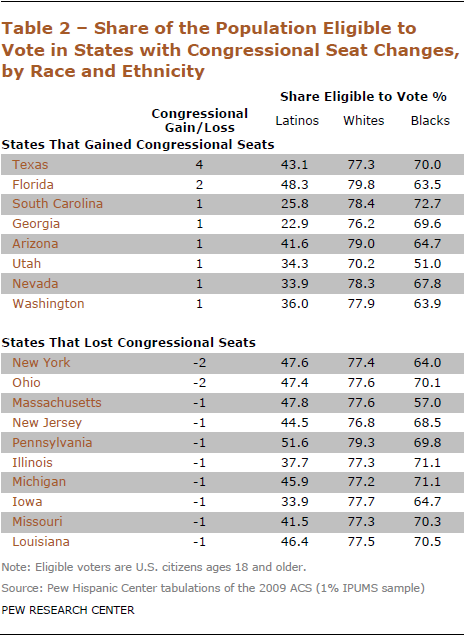