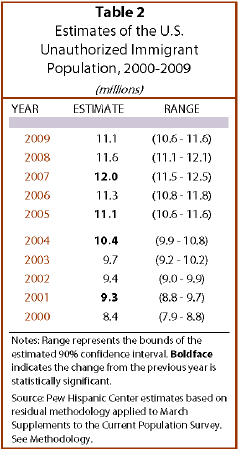 This decline represents a change in the pattern throughout the decade. There were 8.4 million unauthorized immigrants in 2000, a number that increased in 2001, leveled off for two years and then grew steadily from 2003 to 2007. Despite the population’s recent decline, the number of unauthorized immigrants grew 32% from 2000 to 2009.

The number of unauthorized immigrants in 2008, 11.6 million, appears to be larger than the number in 2009, but this finding is inconclusive because the difference between estimates for the two years is not statistically significant. The estimates are derived from sample surveys and thus are subject to uncertainty from sampling error, as well as other types of error. Each annual estimate of the unauthorized population is actually the midpoint of a range of possible values that could be the true number. In addition, the change has its own margin of error.

These ranges represent 90% confidence intervals, meaning that there is a 90% probability that the interval contains the true value.

According to estimates from the Department of Homeland Security, 10.8 million unauthorized immigrants were living in the United States in January 2009, compared with 11.8 million in 2007, the peak number for the decade. These estimates are consistent with the Pew Hispanic Center estimates. The DHS estimates were developed using a similar methodology but were based on a different Census Bureau data source, the American Community Survey. 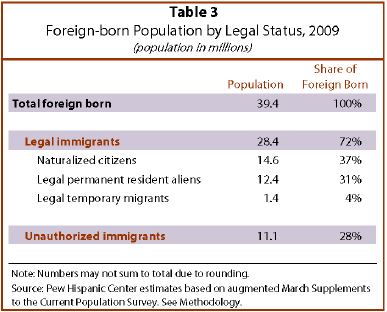 Of the nation’s 39.4 million foreign-born residents in 2009, 72%, or 28.4 million, were legal immigrants in one of three main categories: 14.6 million naturalized citizens, 12.4 million legal permanent residents and 1.4 million legal temporary migrants.3

The South Atlantic division, which extends between Delaware and Florida and includes several states that have become new immigrant magnets in recent years, had a decline in its unauthorized population, from 2.5 million in 2008 to 2 million in 2009. 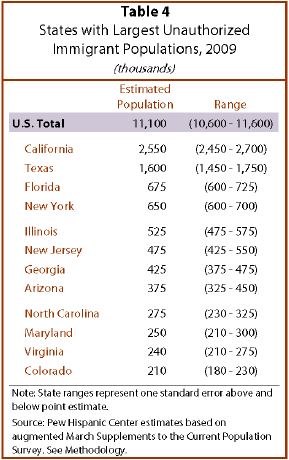 States with large numbers of unauthorized immigrants also include several that have become new destinations over the past two decades. They include Georgia, Arizona and North Carolina, where more than a million were estimated to reside in 2009. Those states’ combined share of the unauthorized immigrant population grew to 10% in 2009 from 4% in 1990. 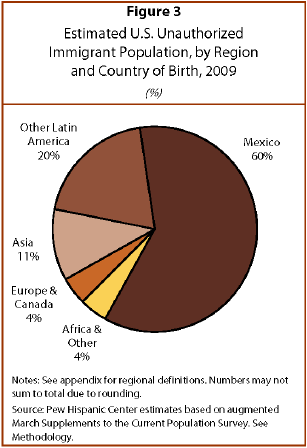 The unauthorized population from Mexico grew steadily from 2001 through 2007, expanding from 4.8 million to 7 million during those years. Since then, the number from Mexico has been stable.

The population of unauthorized immigrants from other countries in Latin America did not grow at a statistically significant rate until it peaked at 2.8 million in 2006. After holding steady in 2007, the numbers dropped notably—to 2.2 million in 2009. That represents a decline of 22% over the two-year period. 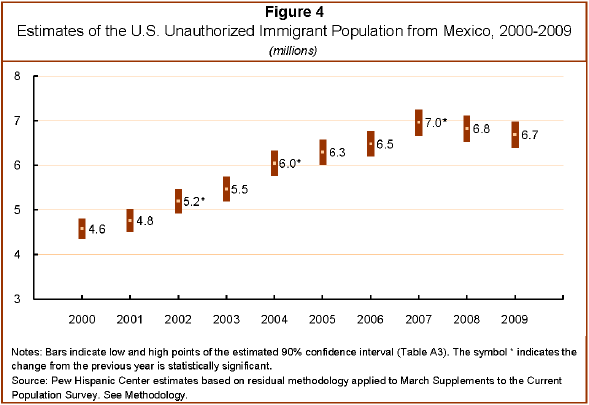 About three-quarters of unauthorized immigrants are Hispanic (76%); among non-Hispanics, 11% are Asian, 8% are white and 5% are black. 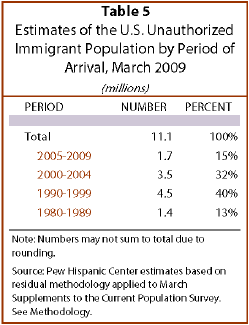 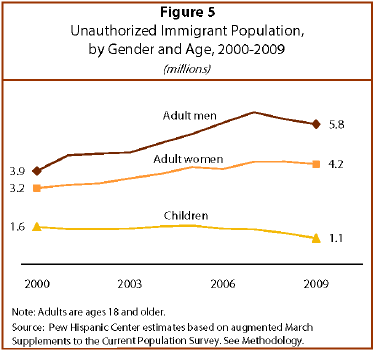 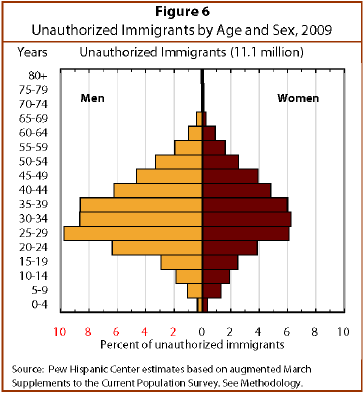 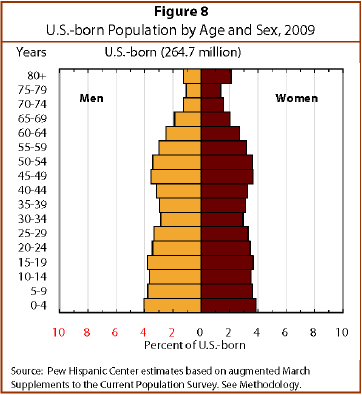 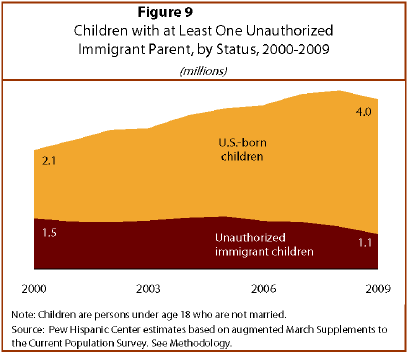 An earlier Pew Hispanic Center report estimated that 5.1 million children lived in households with at least one unauthorized immigrant parent in March 2009. Of that total, 4 million were born in the U.S. and are citizens by birthright and 1.1 million were born abroad and are themselves unauthorized. The population of children with at least one unauthorized immigrant parent was 42% larger in 2009 than in 2000, when it numbered 3.6 million. However, its growth essentially has leveled off since 2008. 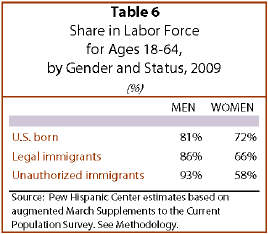 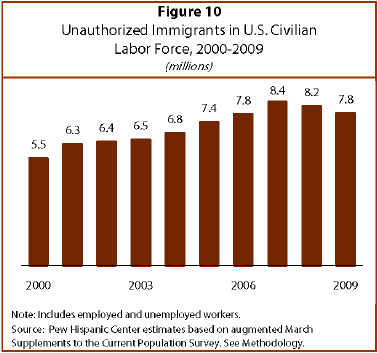 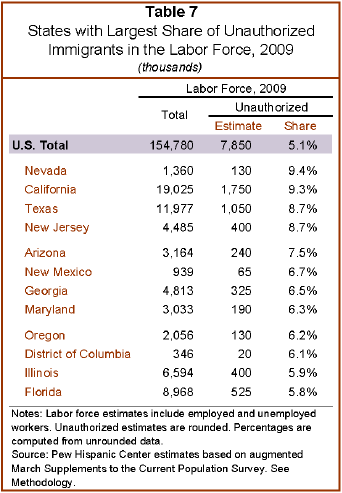 Next: Appendix A: Additional Figures and Tables
← Prev Page
Page1You are reading page2Page3Page4Page5
Next Page →