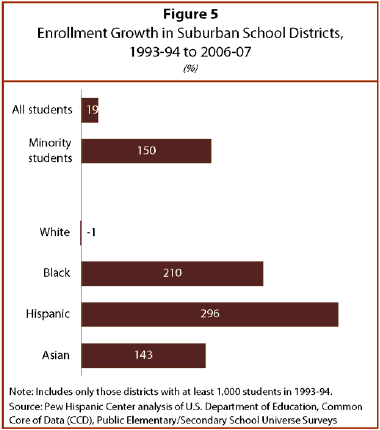 Table 3 reports the 25 fastest-growing suburban school districts in terms of black enrollment. In Tables 3 to 5, growth is measured in terms of percentage growth in the student population. Very large growth rates are obtained because most of the school districts had very small minority student enrollments in 1993-94 (though they had at least 1,000 students in toto in 1993-94). Some suburban school districts experienced larger gains of minority students in absolute numbers, but because they had larger numbers in 1993-94, their percentage gains do not rank particularly high. 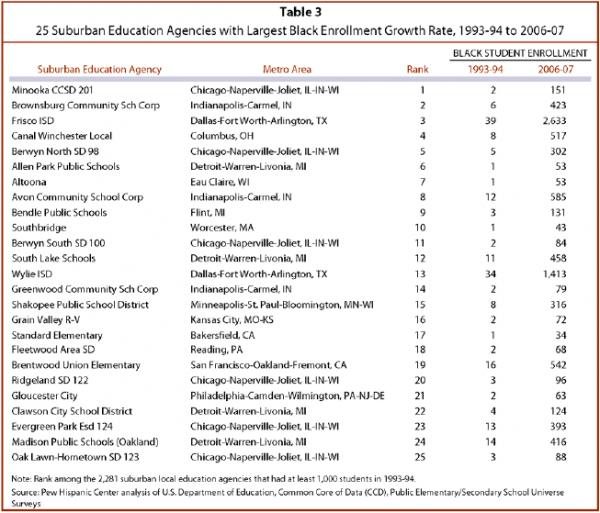 The vast majority (18) of the fastest-growing suburban districts in terms of black enrollment are in the Midwest. Almost a quarter of them are in Chicago’s suburbs. Districts in suburban Detroit and suburban Indianapolis have also experienced rapid growth in black enrollment. 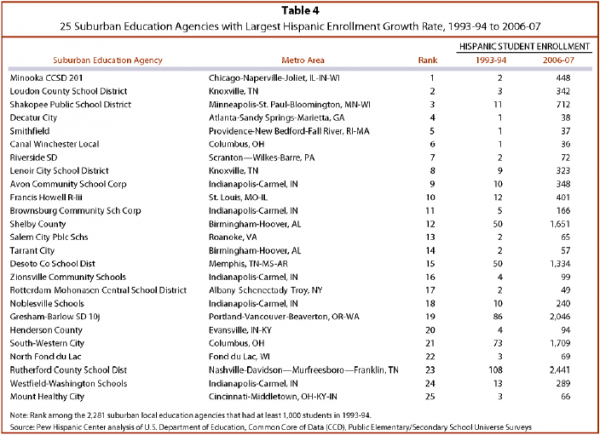 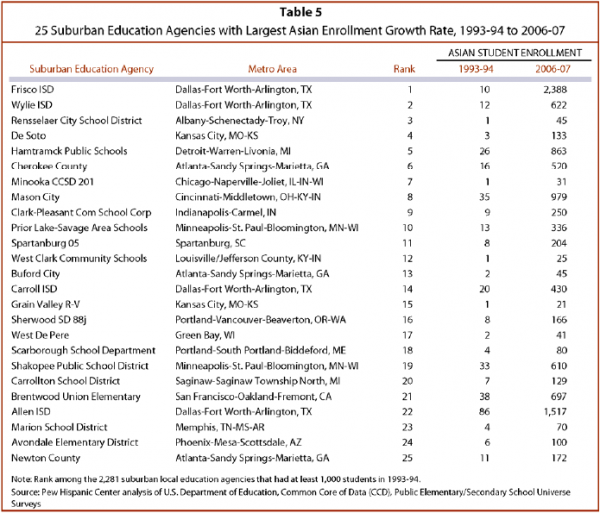 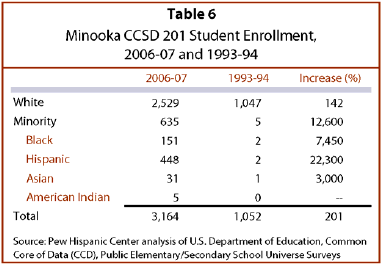 Minooka elementary school district in suburban Grundy County, Illinois, is an example of an atypical district in that it has experienced very rapid growth in all student populations. It was among the fastest-growing 25 suburban school districts among black, Hispanic and Asian students. These very high growth rates partly result from its having educated very few minority students in 1993-94.

Its white student population also more than doubled. Nonetheless, since 1993-94 its minority students have increased from less than 1% of student enrollment to more than 20%.