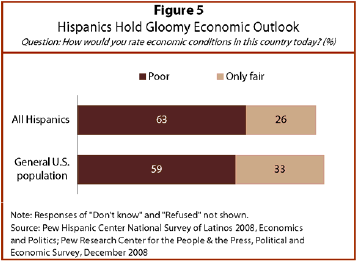 Latinos’ attitudes about the state of the economy are similar across all sub-groups—there are no significant differences in perception by socioeconomic status, or by nativity or other demographic measures.