Remittance flows are composed of funds transferred by individuals residing outside a country to individuals in that country. For Mexico and countries in Central America, most of these transfers originate in the U.S., the destination for the vast majority of migrants from those countries. Remittance flows are influenced by many factors. Some important determinants are the number of migrants residing abroad, the economic well-being of those migrants, the well-being of intended recipients, and the ease and cost of transfer services.

Remittances to Mexico and Central America increased rapidly from 2000 to 2006, but growth has tapered off for most countries in the past two years. Mexico, the largest recipient of remittances in Latin America, received less than $7 billion in transfers in 2000. The volume accelerated quickly thereafter and, by 2006, transfers to Mexico totaled nearly $24 billion. In 2007, however, Mexico received virtually the same volume of remittances it received in 2006. Current trends suggest that remittance receipts in Mexico in 2008 may struggle to match the amounts from 2006 and 2007.

Guatemala, El Salvador and Honduras are the three largest recipients of remittances in Central America. Collectively they accounted for more than $10 billion in remittances in 2007. As in Mexico, growth in remittances also eased in 2006 in these countries. Honduras, however, is an exception in one regard — growth in transfers to that country shows signs of a recovery in 2008.

Remittances fluctuate with the seasons, and their growth is best measured by comparing the volume in a calendar quarter in one year with the volume in the same quarter the previous year. That yields an annual rate of growth measured on a quarterly basis. For Mexico, the annual rate of growth exceeded 20% in 17 of the 22 calendar quarters from the beginning of 2001 to the middle of 2006. The peak rate of growth—47%—was in the third quarter of 2003. The major exceptions were the four quarters in 2002 when the U.S. economy was in the midst of an economic slowdown. But even in those four quarters, remittances grew at annual rates ranging from 8% to 13%.

Transfers to Honduras increased at rates in excess of 50% in 2005, slowed to growth rates of about 40% in the first half of 2006 and decelerated steadily through the end of 2007. The annual rate of growth of remittances to Honduras was 7% in the fourth quarter of 2007, the lowest rate since the beginning of 2005. However, in a break with the patterns in other countries, remittances to Honduras have grown at a more rapid pace in 2008: 19% in the first quarter and 26% in the second quarter. 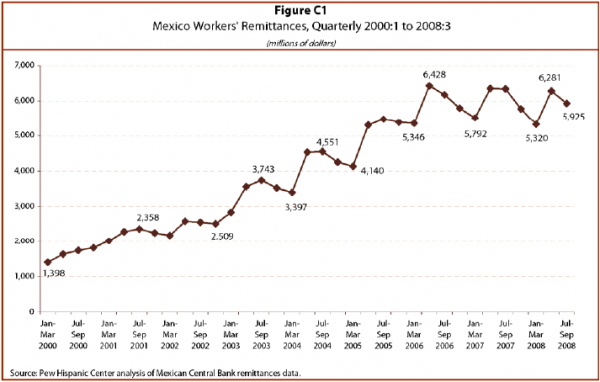 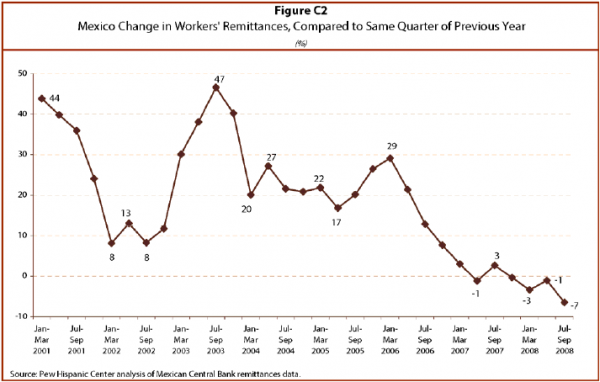 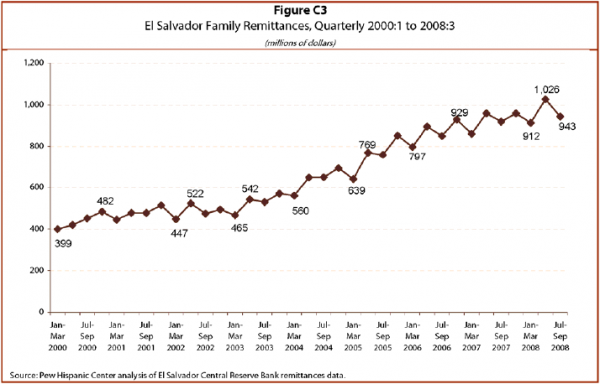 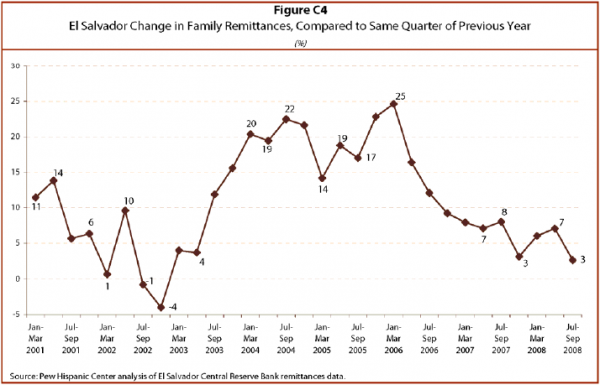 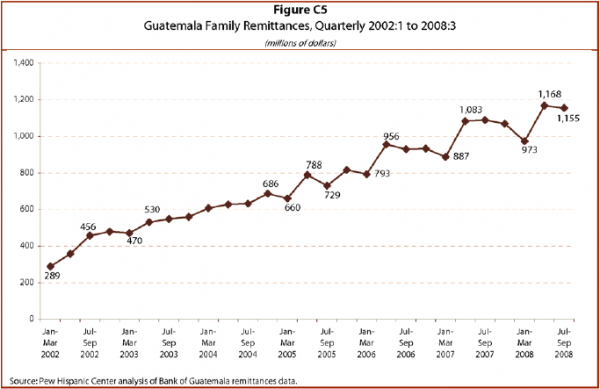 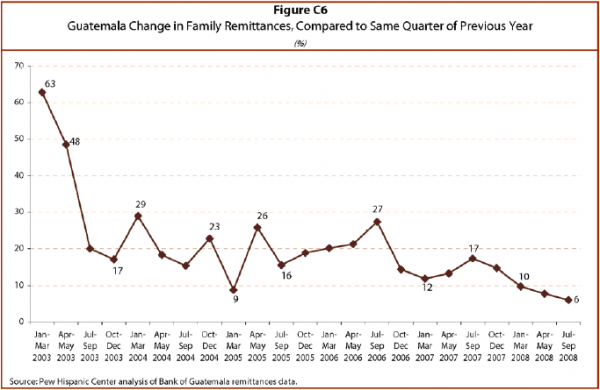 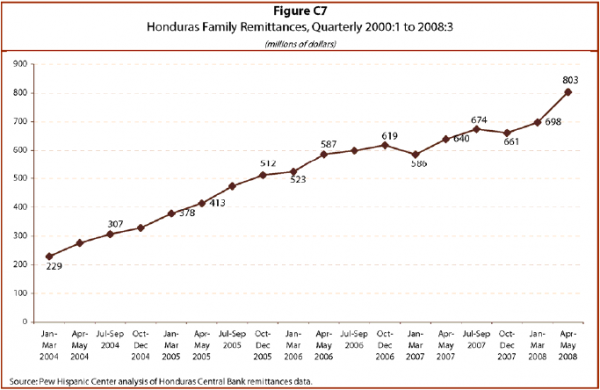 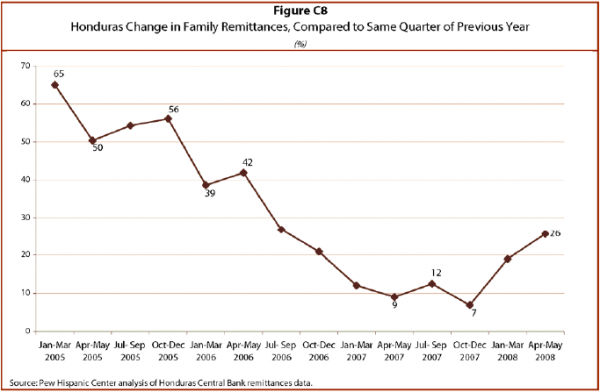