The Growth of Hispanics

Though widespread, the increase in the Hispanic population has nonetheless been fairly concentrated. This is underscored three ways. 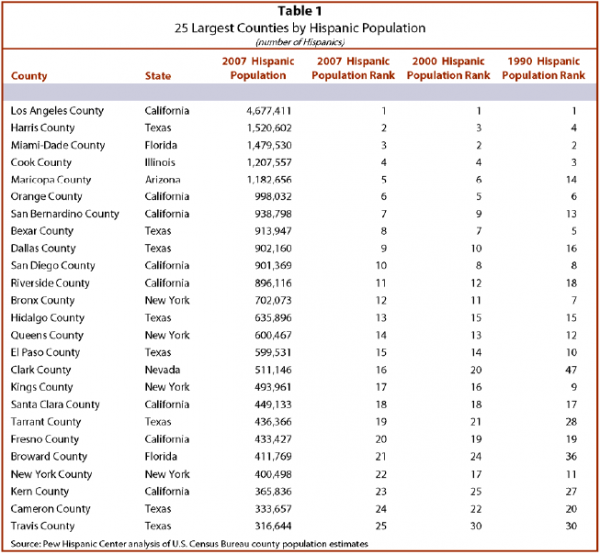 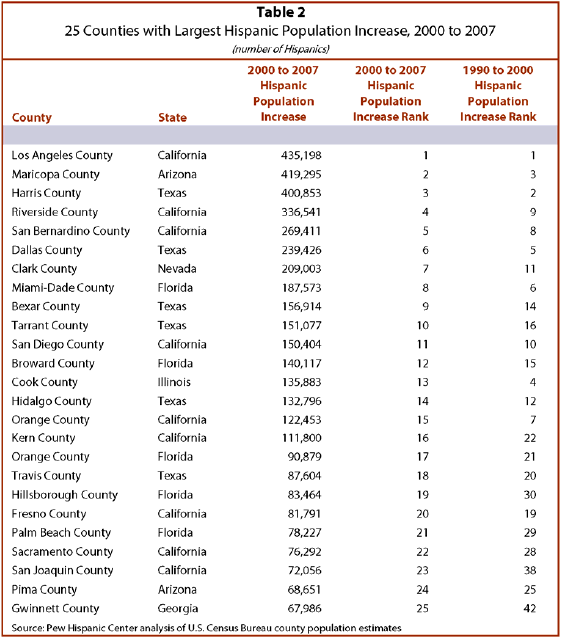 One of the most prominent features of the growth of Hispanics since 1990 has been the dispersal of Hispanics to new destinations (Durand, Telles and Flashman, 2006; Suro and Singer, 2002). As many county supervisors and school districts know, there are now many Hispanics residing in counties that until 1990 had small Hispanic populations.3 This pattern, which took hold in the 1990s, has continued in the new century. Though Latinos remain highly concentrated in a subset of large counties, they are slightly less concentrated now than in 2000. Dispersal continues. 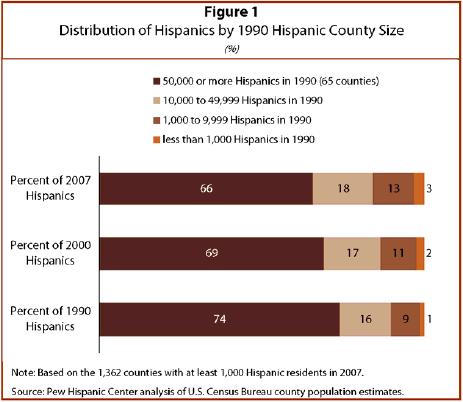