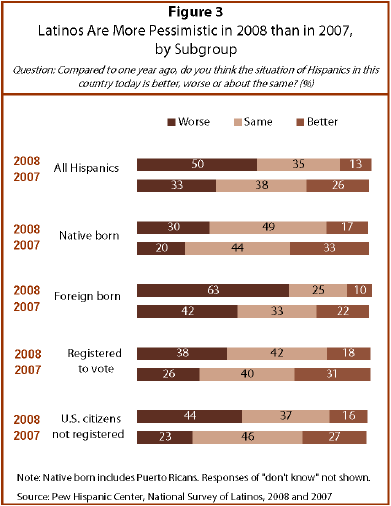 Hispanics who have lower levels oeducation and income are more likely than Hispanics with higher levels of education and income to say that the situation for Latinos is worse than it was one year ago. More than six-in-ten (63%) Hispanics with less than a high school education, compared with four-in-ten Hispanics (41%) with at least a high school education, say that Latinos’ situation is worse. Similarly, Hispanics with household incomes of less than $30,000 (57%) are more likely than those whose household incomes are $30,000 or more (40%) to believe that things have gotten worse for Latinos in the past year.