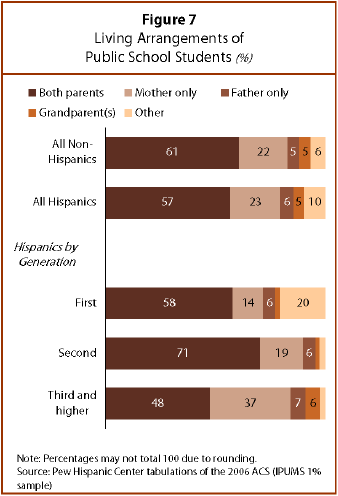 Although there are not large differences between Hispanic and non-Hispanic public school students in terms of their living arrangements, differences exist among Hispanics of different generations.