Support for Obama is strong across all demographic groups of Hispanic registered voters, with few significant differences by gender, age, education, income or immigrant status. 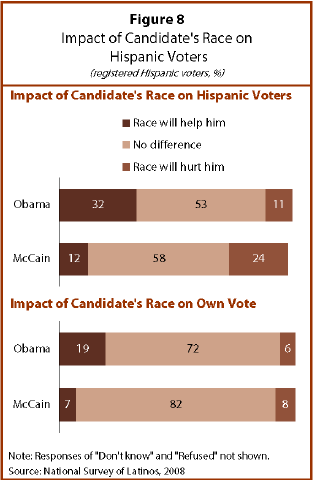 The candidacy of Barack Obama has raised the issue of whether the country is ready for a black president as well as whether Hispanics are ready for a black president. During the Democratic primaries, many wondered whether Latinos’ strong preference for Clinton over Obama was somehow related to the candidates’ races.5 However, a Pew Hispanic Center analysis of exit polls from the Super Tuesday Democratic primaries on Feb. 5 found that there was no difference in support for Hillary Clinton among Hispanic voters who said the candidate’s race was important in deciding their vote (64%) and those who said that the candidate’s race was not important in deciding their vote (63%). Similarly, there was no difference in support for Obama among Hispanics who said race was important (35%) and those who said race was not important (35%). 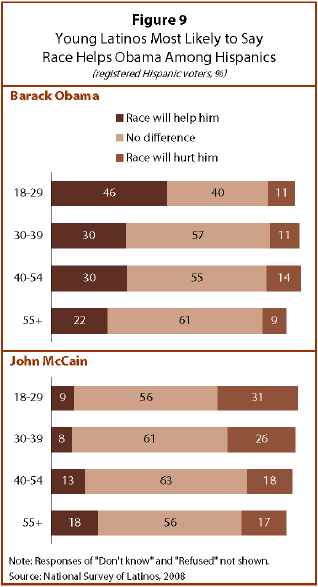 By heavy margins, respondents say that the race of the candidates will not influence their own personal vote—72% said Obama’s race will not make a difference in their deciding how to vote and 82% said the same about McCain’s race. However, 19% said that in deciding their own vote, Obama’s race will help him while just 6% said it will hurt him. As for McCain, 8% said his race will hurt him and just 7% said it will help him. 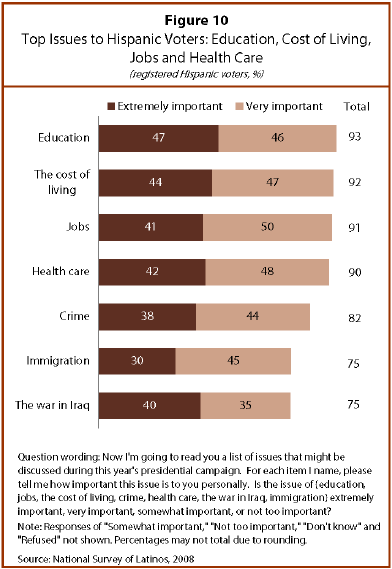 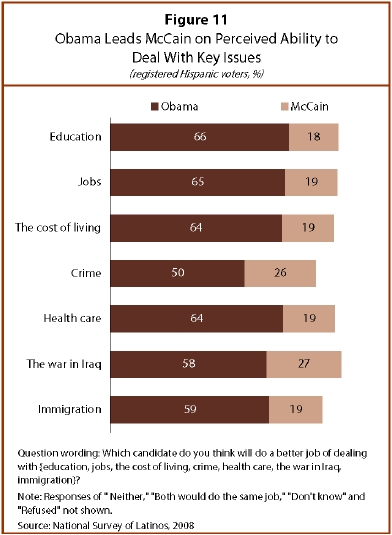 Latino Voters Support Obama by 3-1 Ratio, But Are Less Certain than Others about Voting

Hispanics and the New Administration