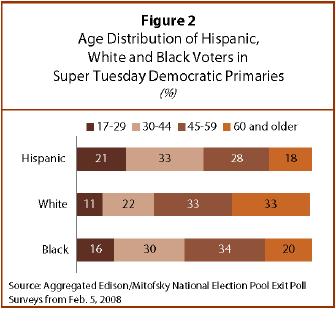 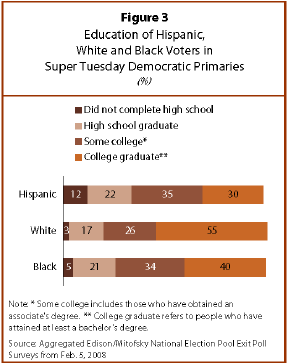 Hispanic voters are youthful particularly when compared with non-Hispanic white voters. Only one-in-ten white voters was ages 17 to 29 and one-in-three whites was ages 60 and older. 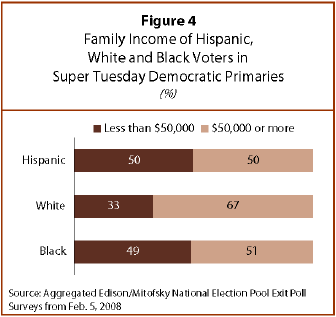 Education. Hispanic voters on Super Tuesday were less likely to have attended college or have a college degree than white or black voters. Of Hispanics, 65% have more than a high school education, compared with 81% of whites and 74% of blacks. By contrast, 12% of Hispanics had not finished high school, compared with 3% of white voters in the Super Tuesday Democratic primaries and 5% of black voters. 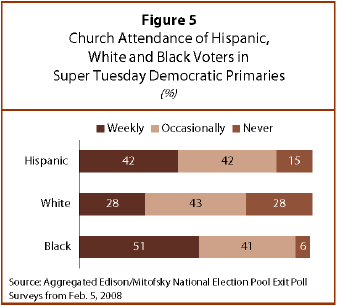 Income. Half of all Latinos who voted in the Super Tuesday Democratic primaries had a family income of $50,000 or more, similar to the share of black voters. Two-thirds of white voters had that level of family income.

The Latino Vote in the 2010 Elections

Hispanics and the 2008 Election: A Swing Vote?