Whites have constituted a declining share of the total U.S. population in the period under study, but this change has occurred to an even greater degree in the public school population. In 2005, about two-thirds of the entire U.S. population identified themselves as white, a decline from three-quarters in 1993 (Table 2).3 The shift has been greater among children. The white share of school-age children declined from 69% in 1993 to 59.6% in 2005. And among students in public schools, the white share of enrollment declined from 66.1% in 1993-94 to 57.1% in 2005-06. 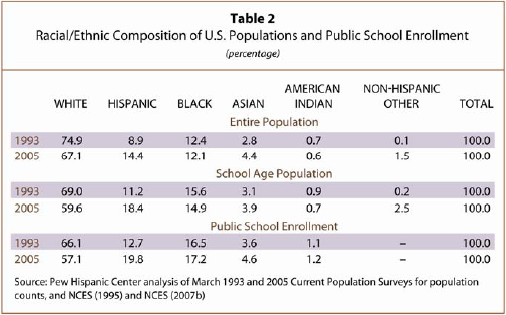 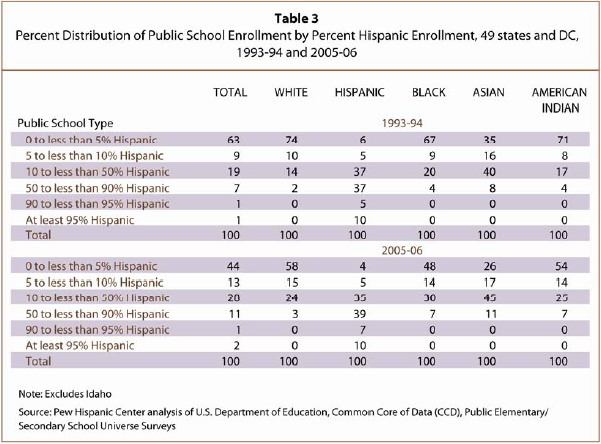 Next: IV. The Isolation of Hispanic, Black and Asian Public School Students
← Prev Page
Page1Page2You are reading page3Page4Page5Page6
Next Page →