In 1955, as the early baby boomers entered elementary school, the nation’s public school enrollment stood at 30.7 million. Sixteen years later, it peaked at 46.1 million. Then, as the boomers delayed or deferred childbearing, the school-age population began to decline, bottoming out at 39.2 million in 1984. 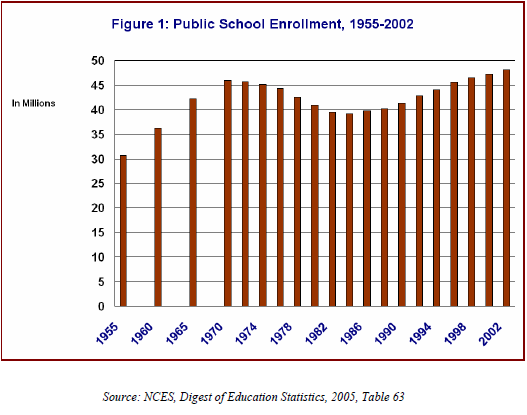 The enrollment numbers would have changed relatively little since the early 1980s if not for the growth of the Hispanic population. Between the 1993-94 and the 2002-03 school years, the total number of children enrolled in U.S. public schools increased by 4.7 million students, from 41.8 million to 46.6 million. Hispanics accounted for 3 million of those additional students, or 64% of the increase. The number of black students increased by 1.1 million and the number of Asians grew by half a million. Meanwhile, white public school enrollment dropped by 35,000. 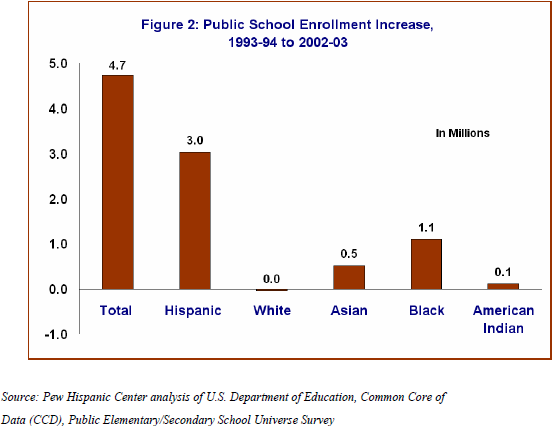 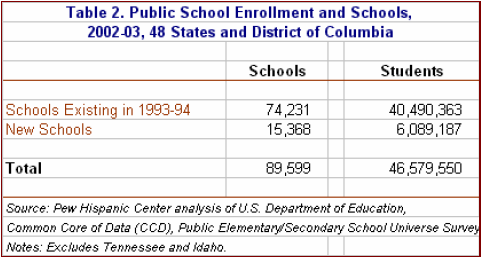 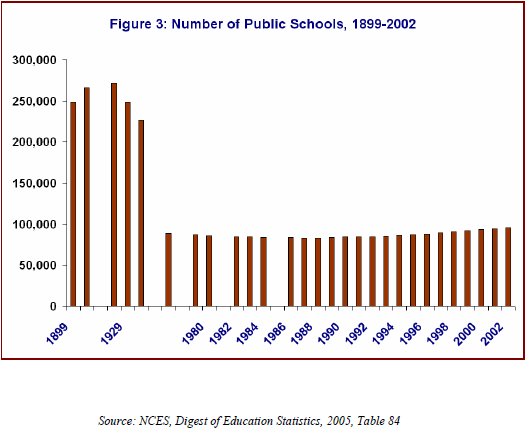 Hispanic enrollment increased by about 3 million from 1993-94 to 2002-03. Of that increase, 2.1 million (Figure 4 and Appendix Table C1) attended existing public schools (5.3 million in 1993-94 versus 7.3 million in 2002-03). The remaining 1 million were being educated in new schools. Thus, about 68 percent of the total Hispanic enrollment increase over the 10-year period flowed into existing public schools and about one-third of the increase went into new schools. 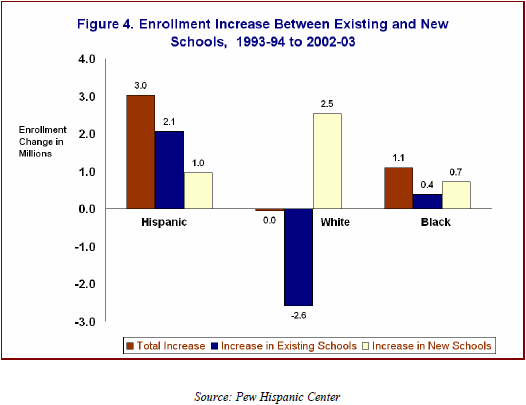 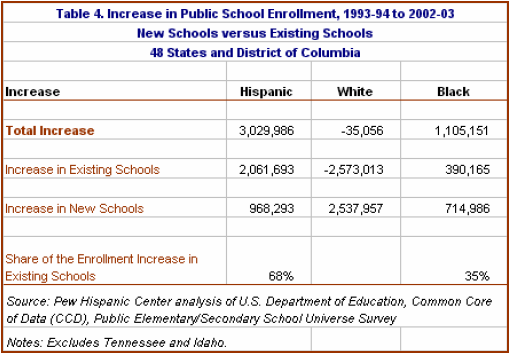 A similar, though smaller, shift from existing schools to new ones occurred among black students. Total black enrollment increased by 1.1 million; 400,000 of those additional students, or 35% of the increase, attended existing public schools while nearly two-thirds went into new schools.

Next: IV. A Sea Change in Primary Schools
← Prev Page
Page2You are reading page3Page4Page5Page6Page7Page8Page9Page10Page11Page12
Next Page →