As noted above, the sample for this survey drew heavily from among young and recently arrived migrants. As such, the survey sample is not representative of the full range of migratory experiences by Mexicans in the United States. The sample encompasses a reduced share of older migrants and migrants of longer tenure who may have lived in the United State periodically in the past, making numerous trips back and forth across the border. Because the sample was drawn only from Mexicans who were applying for a matrícula consular, there are also smaller shares of legal permanent residents and U.S. citizens—individuals who can freely cross the border in both directions—than in the Mexican-born population in the United States as a whole. 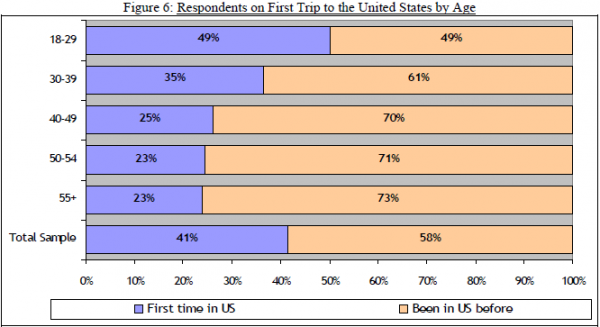 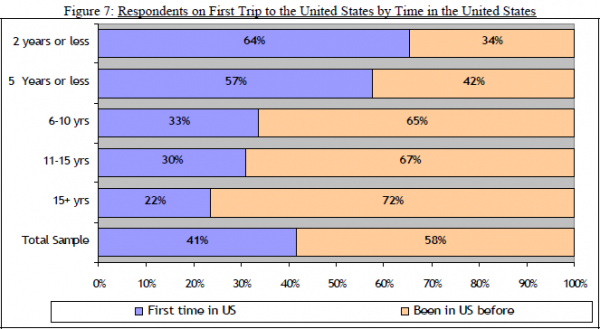 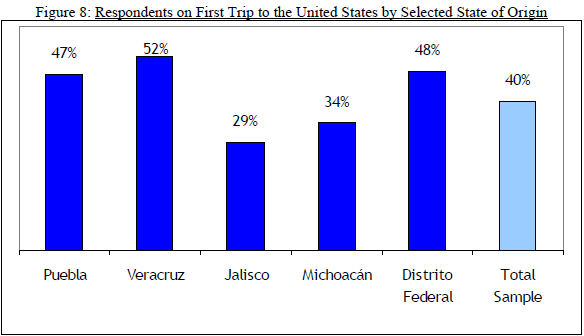 Next: V. States of Origin in Mexico
← Prev Page
Page1Page2Page3You are reading page4Page5Page6
Next Page →