The share of survey respondents who reported that they had a photo ID issued by a government agency in the United States varied significantly from one city to another, apparently reflecting the composition of the migrant stream flowing to each of those cities. Younger and more recently arrived respondents were less likely to say they had identity documents issued here. 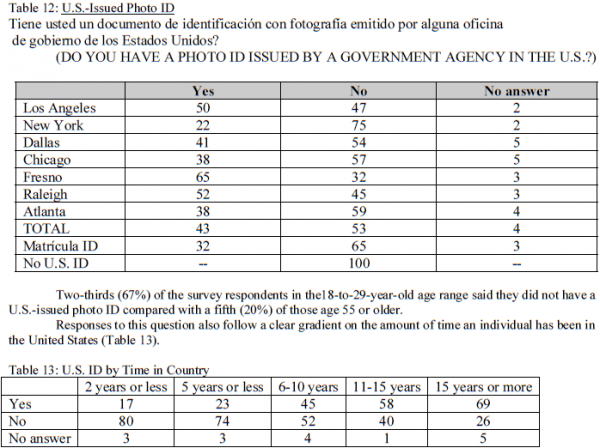 Two-thirds (67%) of the survey respondents in the18-to-29-year-old age range said they did not have a U.S.-issued photo ID compared with a fifth (20%) of those age 55 or older. Responses to this question also follow a clear gradient on the amount of time an individual has been in the United States (Table 13).