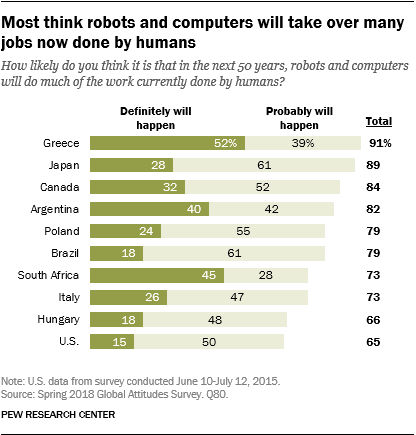 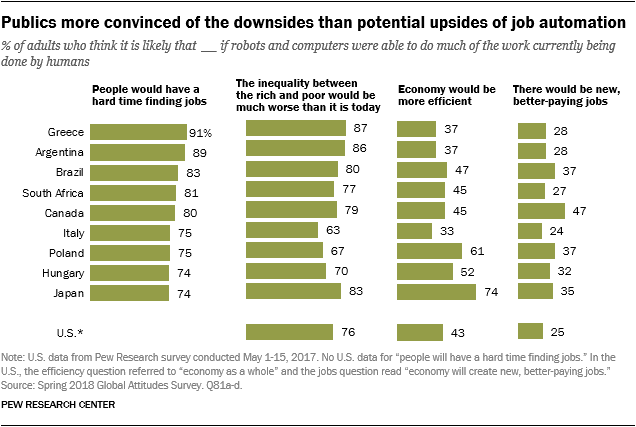 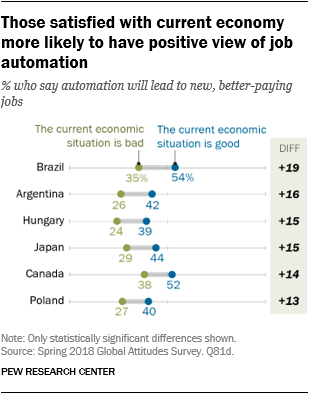 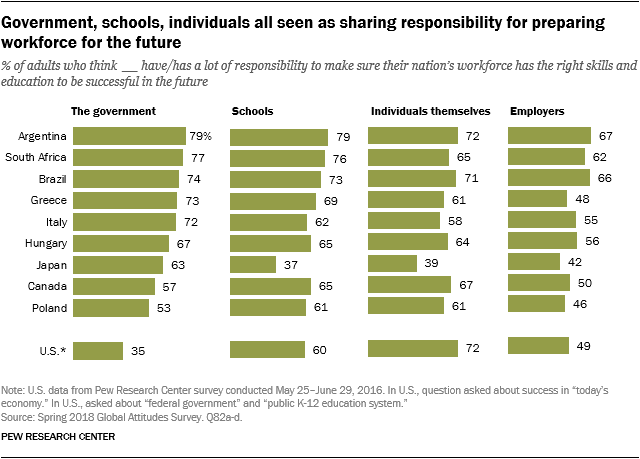 In Advanced and Emerging Economies Alike, Worries About Job Automation
Most see robots and computers displacing human jobsTrepidation about the effects of automationWho is responsible for making sure the workforce is prepared?
Methodology Acknowledgements