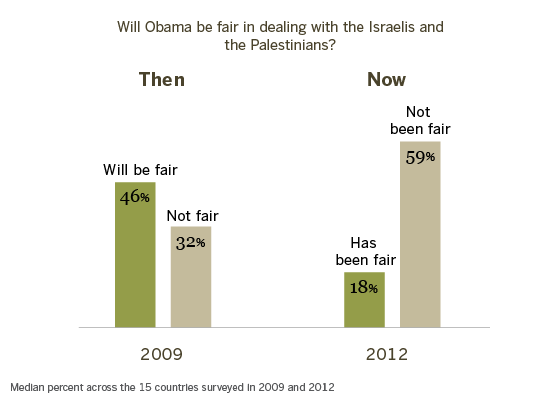 In 2009, a median of 46% said they thought Obama would be fair in dealing with the Israelis and the Palestinians. Three years later, most say he has not done this. The drops are particularly high among European and Asian populations – and less so in the predominantly Muslim nations where people expressed little confidence in 2009 that the new president would be fair to both the Israelis and the Palestinians.