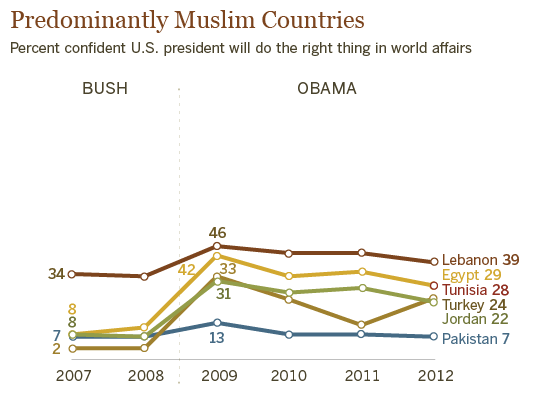 Confidence in Obama to do the right thing in world affairs has remained somewhat higher for Obama than for George W. Bush in most of the predominantly Muslim nations surveyed, but the increases in 2009 were more modest than those in Europe. Throughout Obama’s term, confidence in these nations has remained relatively low – and exceptionally low in Pakistan.