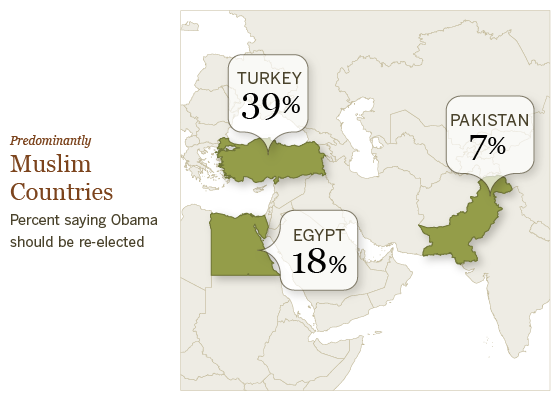 Confidence in Obama is much weaker in the six predominantly Muslim countries surveyed and there is limited support for his re-election. The lowest percentage is in Pakistan, where just 7% say Obama should be re-elected. Similarly, few in Egypt, a country in the midst of great change, support his re-election.