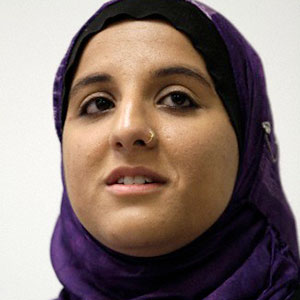 Hani Khan, a former stockroom worker for Abercrombie & Fitch Co. who was fired for refusing to remove her Muslim headscarf, listens to a question during a news conference in San Francisco, Monday, June 27, 2011. Khan is suing the clothing retailer in federal court, saying she was illegally fired after refusing to remove her hijab. AP Photo/Eric Risberg

FT_13.09.11_HaniKhan_300x300
Defining generations: Where Millennials end and Generation Z begins
In past elections, U.S. trailed most developed countries in voter turnout
NATO seen in a positive light by many across 10 member states
U.S. Public Now Divided Over Whether To Get COVID-19 Vaccine
What the 2020 electorate looks like by party, race and ethnicity, age, education and religion