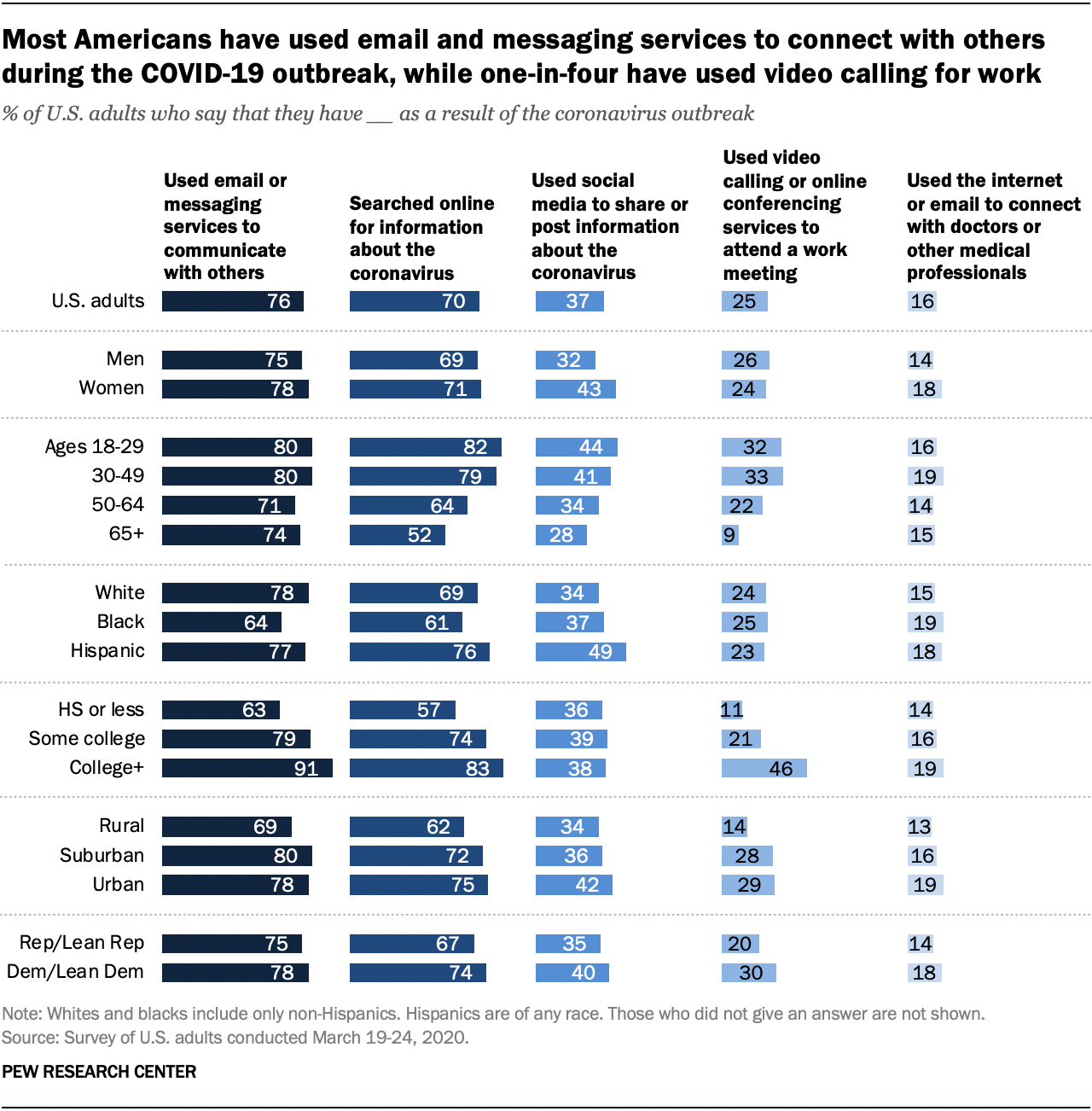 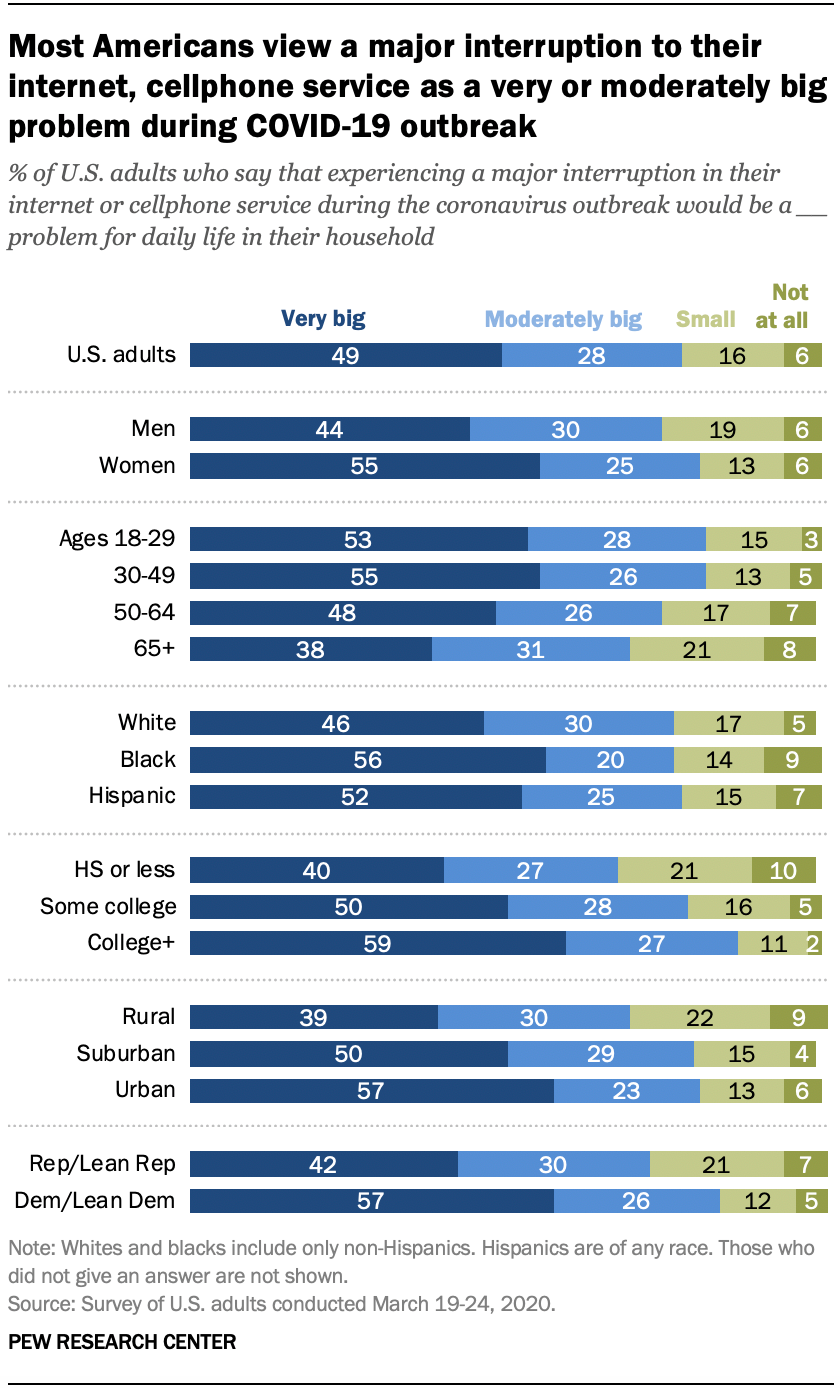 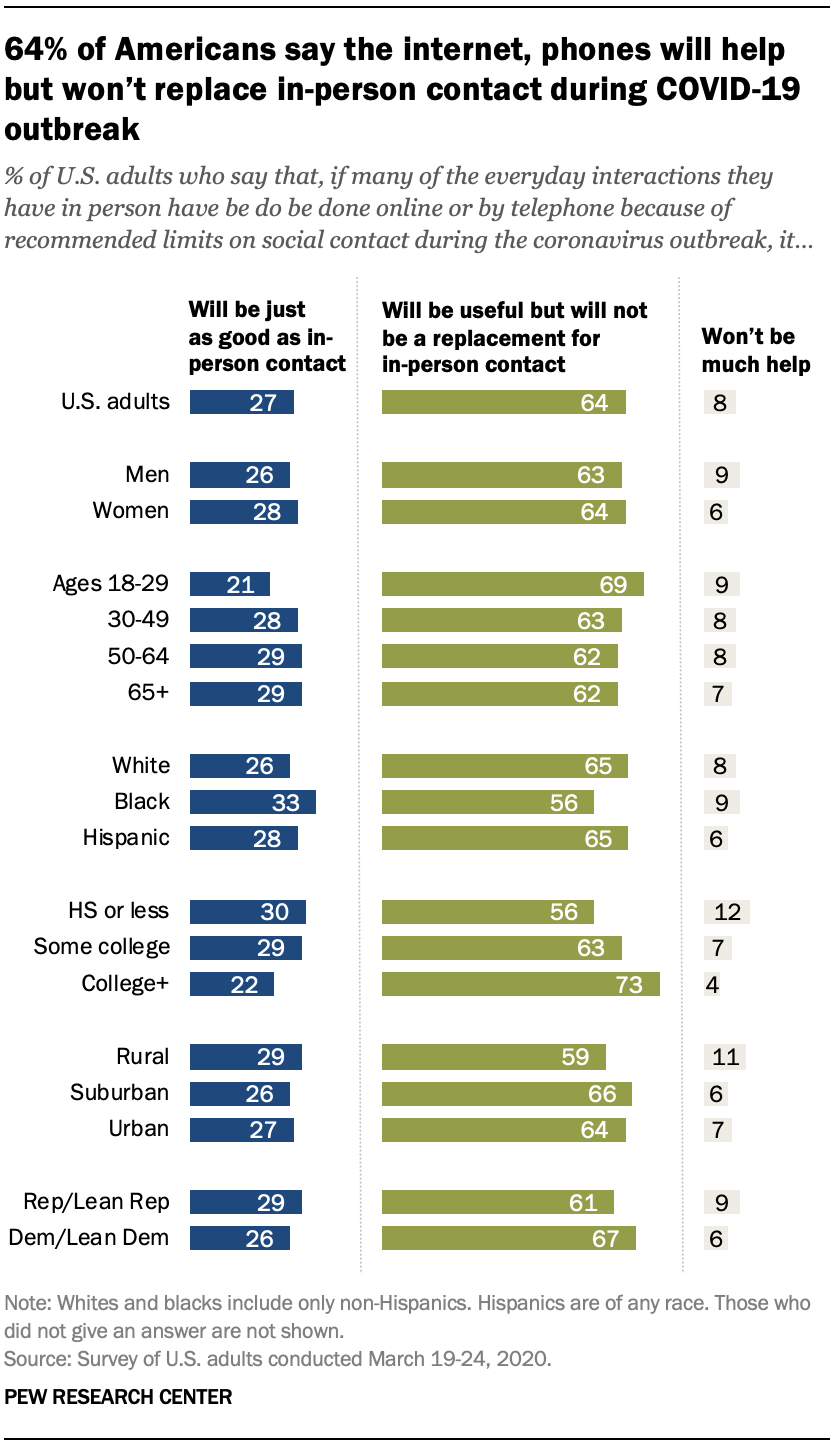 What we’ve learned about Americans’ views of technology during the time of COVID-19
59% of U.S. parents with lower incomes say their child may face digital obstacles in schoolwork
How Americans see digital privacy issues amid the COVID-19 outbreak
Most Americans don’t think cellphone tracking will help limit COVID-19, are divided on whether it’s acceptable
From virtual parties to ordering food, how Americans are using the internet during COVID-19