For students, researchers and anyone else interested in global public opinion, here’s a quick introduction to the types of analyses you can do with the database.

This blog post serves as an introduction and how-to guide to Pew Research Center’s Global Indicators Database. All statistics cited in this analysis are drawn from the database itself. The database is based on nearly 600,000 interviews the Center has conducted in 64 countries since 2002. You can read more about the methodology of our international surveys here.

See how public opinion on the same question varies by country

Do you want to know how people in other countries see the United States? The database includes results from 34 countries surveyed in 2019. Attitudes toward the U.S. are most positive in Israel, where 83% of adults have a favorable view. The U.S. is also seen positively by large majorities of people in the Philippines (80%), Poland (79%) and South Korea (77%). 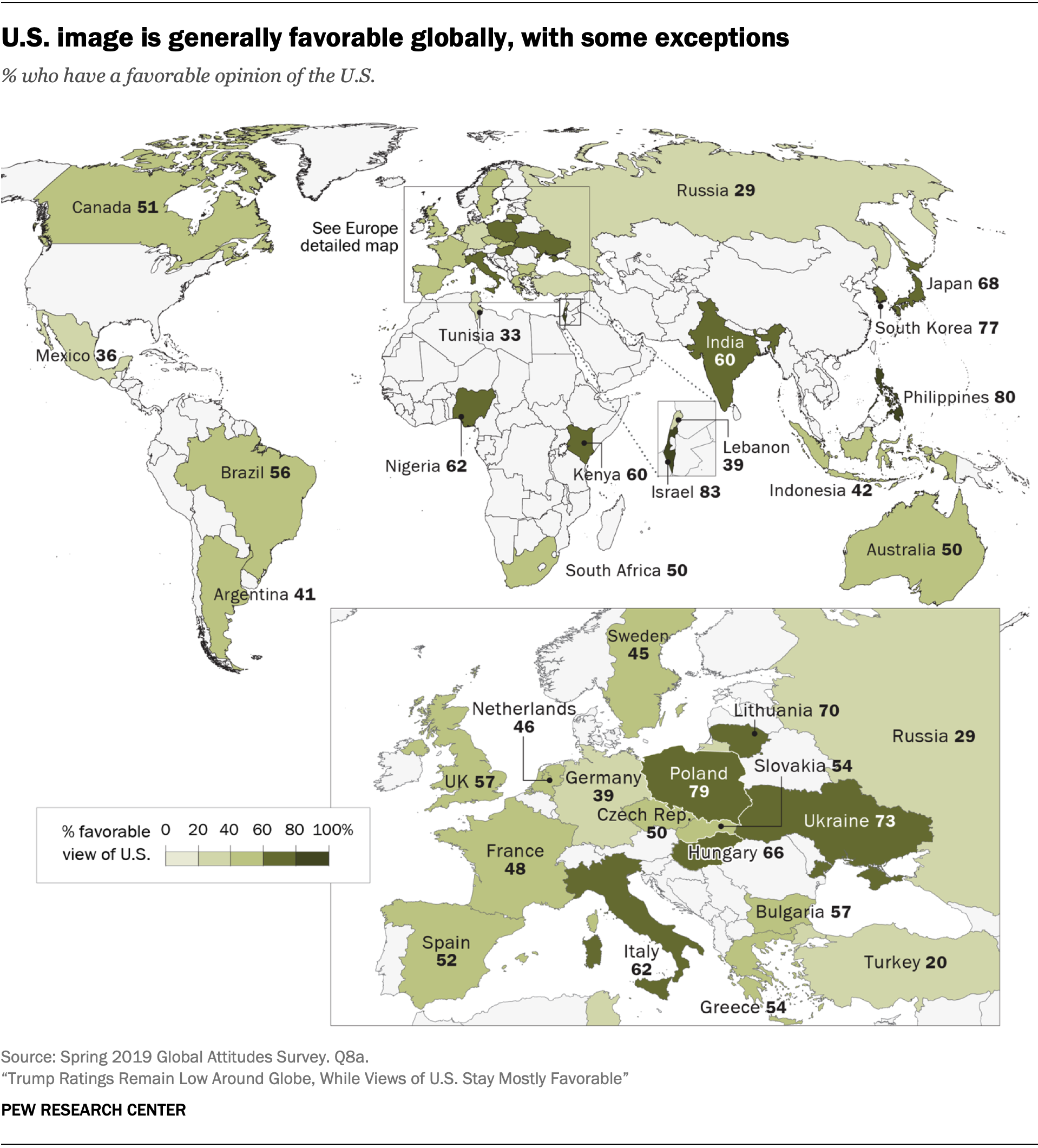 By contrast, only 20% of adults in Turkey have a favorable opinion of the U.S., the smallest share of any surveyed nation. Russia, Tunisia, Mexico, Lebanon and Germany also stand out: Around four-in-ten adults or fewer in each of these countries see the U.S. favorably. 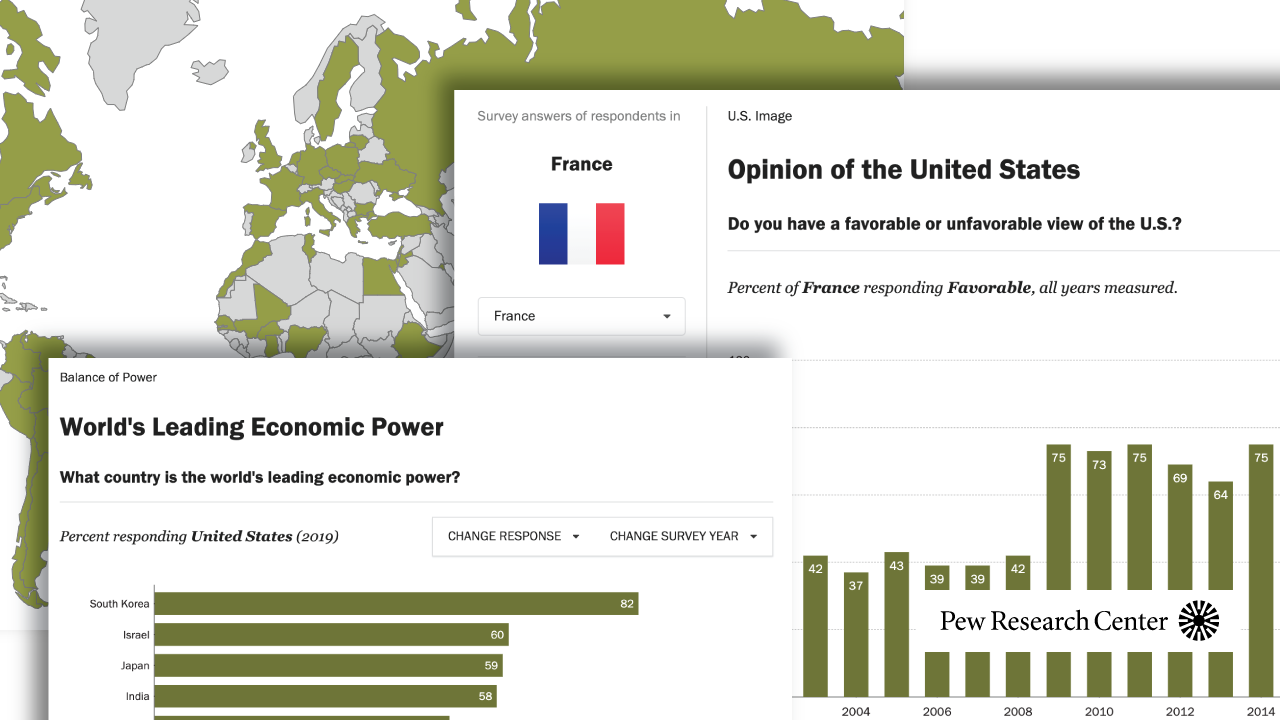 For anyone interested in global public opinion, our newly updated database serves as an interactive repository for many of our findings.

The Global Indicators Database includes cross-national data on many other questions apart from views of the U.S., including how people around the world see President Donald Trump, the United Nations, the European Union, NATO, and Russia and China (as well as their leaders).

See how public attitudes have changed over time

Since the database includes information dating back to 2002, you can explore the ups and downs of public opinion over time on many survey questions. 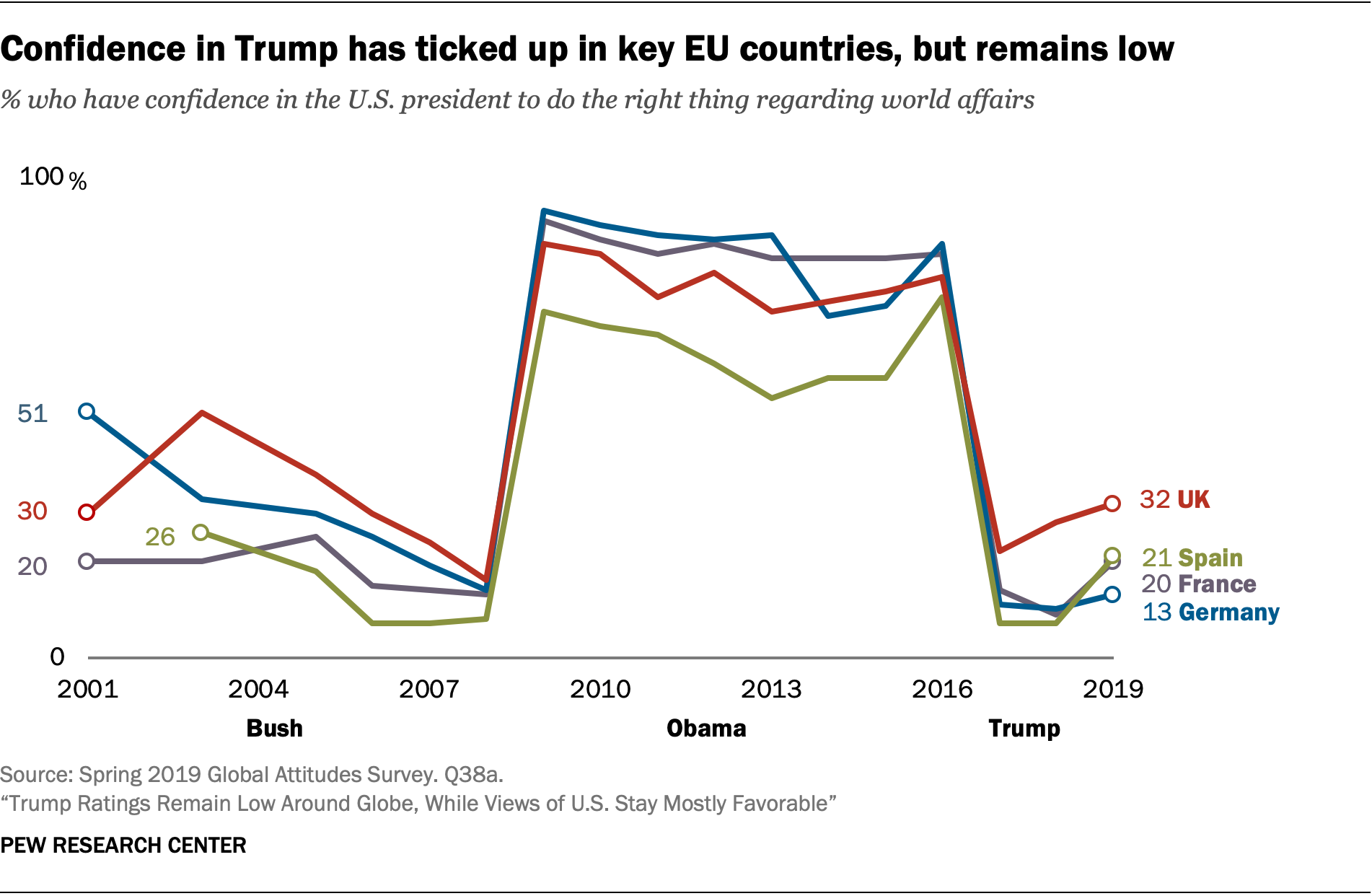 Look closely at the views of people in one country

The database includes a range of survey questions for each country, which means you can use it to dive more deeply into public opinion in one place.

Greece, for example, has been in the news a great deal over the past decade, from its debt crisis following the Great Recession to its role as a key entry point for refugees entering Europe. So how do Greeks feel about the way things are going in their country? As of 2019, just 16% say they are satisfied with the direction of their nation, while 82% say they are dissatisfied. (This is actually an improvement from 2016, when only 5% of Greeks expressed satisfaction with the way things were going in their country and 95% said they were dissatisfied.) Greeks’ attitudes toward the direction of the country track closely with their feelings about the economy: As of 2019, only 15% of Greeks say their nation’s economic situation is good, while 85% say it is bad. (This is again an improvement from 2016.) 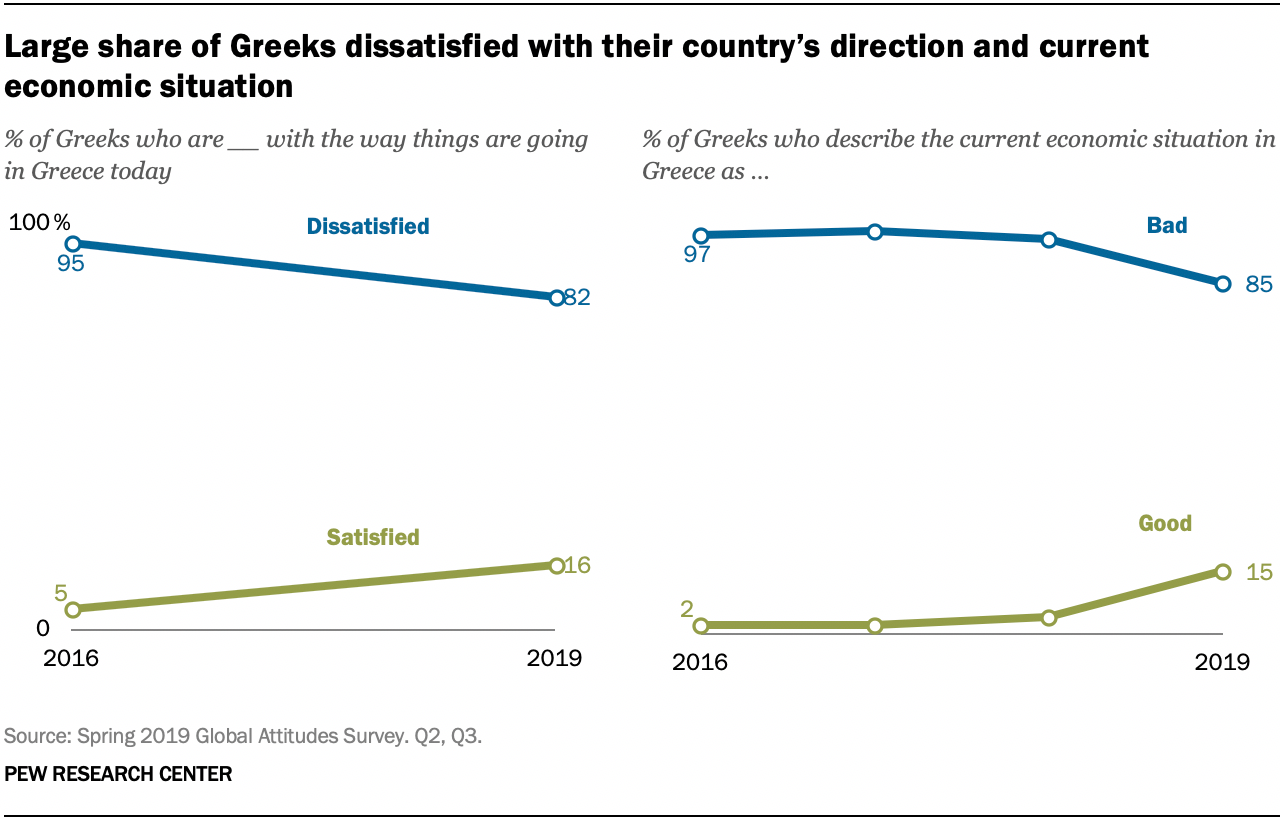 Despite the negative views that Greeks have long had about their country’s direction and current economic situation – and the sometimes fraught relationship their nation has had with other European countries in recent years – Greeks have recently become more likely to see the EU favorably. In the 2019 survey, 53% of Greeks expressed a favorable view of the EU, nearly double the share who did three years earlier (27%).

Sometimes it’s useful to examine public opinion at the regional level instead of taking the global view (which might be too broad a lens) or looking at just one particular country (which might be too narrow). The Global Indicators Database allows you to run regional analyses, too. 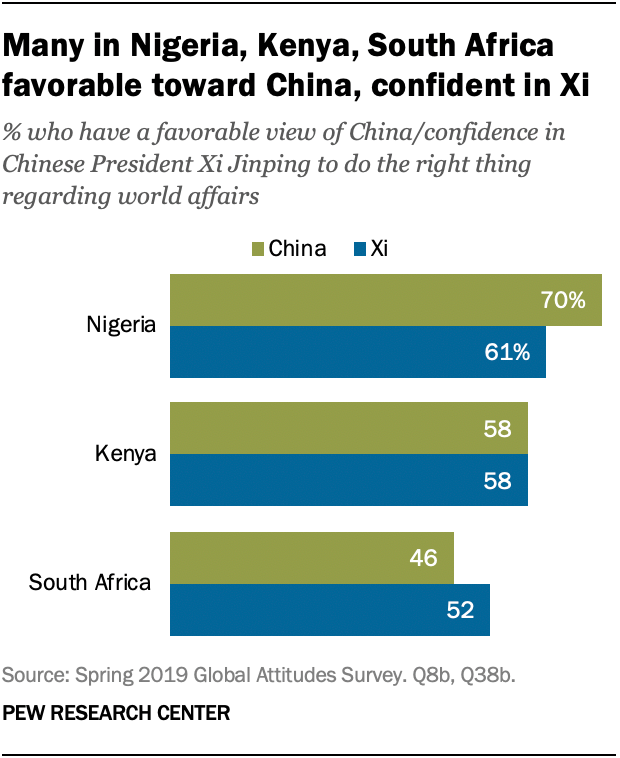 Here’s one example: Given the considerable attention that China has received for its investments in Africa, how do people in key African nations see China and its leadership? As of 2019, public opinion toward China runs more positive than negative in three sub-Saharan African countries surveyed by the Center: Nigeria, Kenya and South Africa. Majorities in Nigeria and Kenya have a positive impression of China (70% and 58%, respectively), while South Africans are a bit more divided (46% favorable, 35% unfavorable).