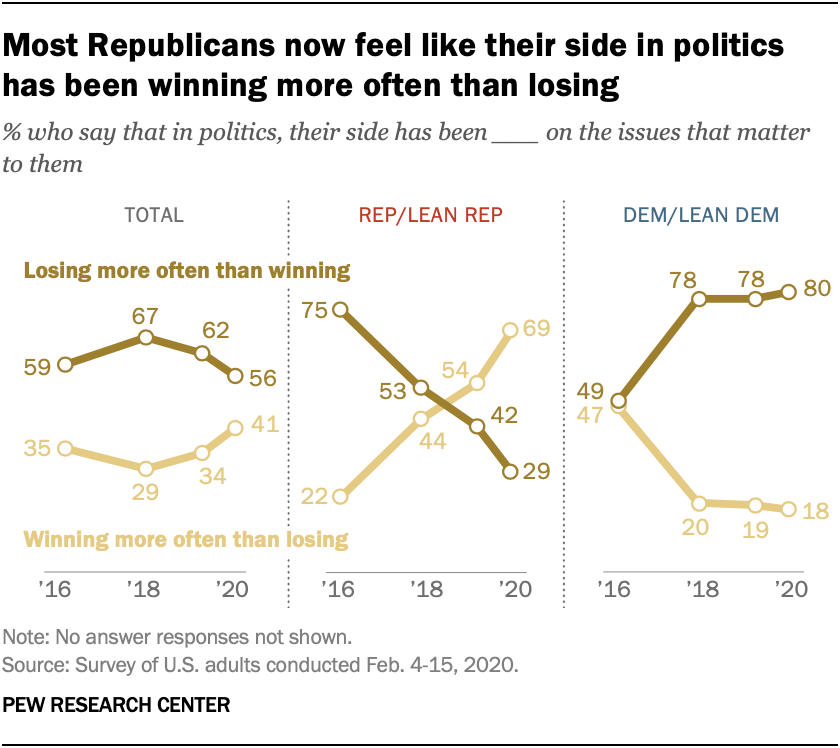 Today, 69% of Republicans and Republican-leaning independents say that on the issues that matter to them, their side has been winning more often than losing, according to a new Pew Research Center survey conducted Feb. 4-15 among 6,395 adults.

For this analysis on views of winning and losing, we surveyed 6,395 U.S. adults in February 2020. Everyone who took part is a member of Pew Research Center’s American Trends Panel (ATP), an online survey panel that is recruited through national, random sampling of residential addresses. This way nearly all U.S. adults have a chance of selection. The survey is weighted to be representative of the U.S. adult population by gender, race, ethnicity, partisan affiliation, education and other categories. Read more about the ATP’s methodology.

Partisans not only diverge in views of the current fortunes of their parties, but they also have very different expectations about the upcoming election. In January, before the Democratic caucuses and primaries began, 80% of Republicans said President Donald Trump was likely to win reelection; just 44% of Democrats said it was likely that a Democratic candidate would triumph.

Republicans are far more upbeat about their party’s success than they were in 2016 – when 75% said their side was losing more often than winning – or in 2018, when 53% said the same. Four years ago, Democrats were divided on whether their side was winning more than losing. But since then, large majorities have said their side has been losing politically. 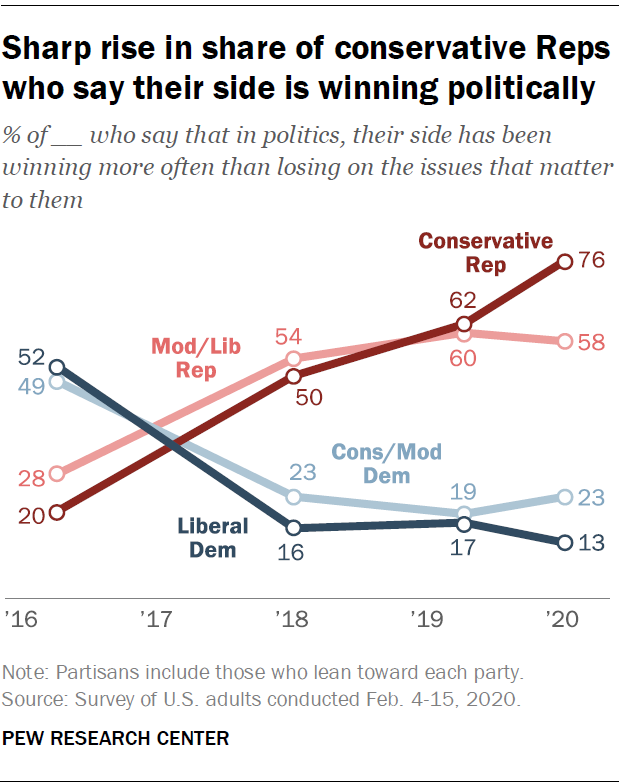 Conservative Republicans in particular have become more likely to say their side is winning. The share saying this has more than tripled since 2016 (from 20% to 76%), including a 26-point increase just in the past two years.