For years now, Twitter has been an important platform for disseminating news and sharing opinions about U.S. politics, and 22% of U.S. adults say they use the platform. But the Twitter conversation about national politics among U.S. adult users is driven by a small number of prolific political tweeters. These users make up just 6% of all U.S. adults with public accounts on the site, but they account for 73% of tweets from American adults that mention national politics. 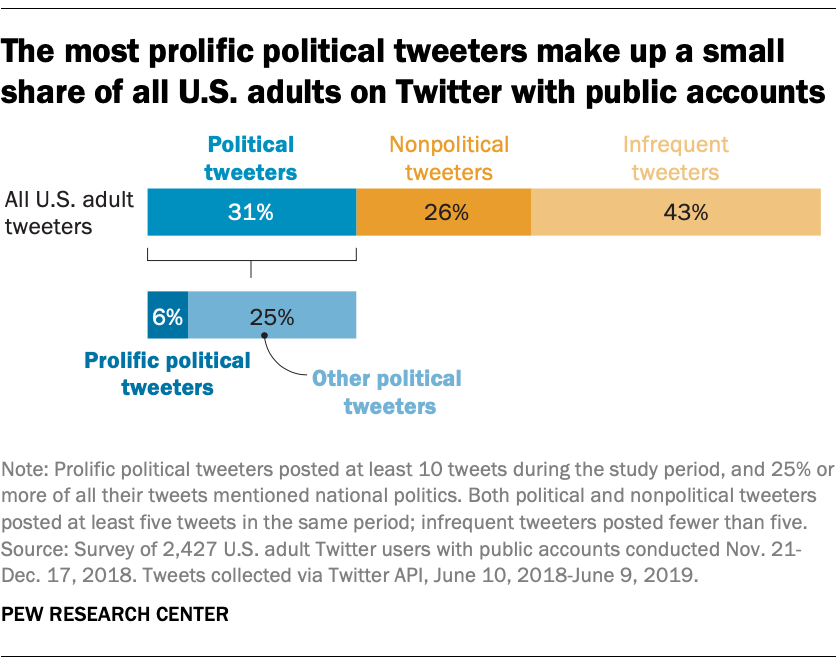 The Center defined political tweeters – 31% of all U.S. adult users with public accounts – as those who had tweeted at least five times, and at least twice about national politics, over the study period. But within this broader group, there is a subset of highly prolific political tweeters who created 10 or more tweets between June 10, 2018, and June 9, 2019, with at least 25% of them mentioning national politics.

Prolific political tweeters have several distinct characteristics when compared with other U.S. adults on the platform: 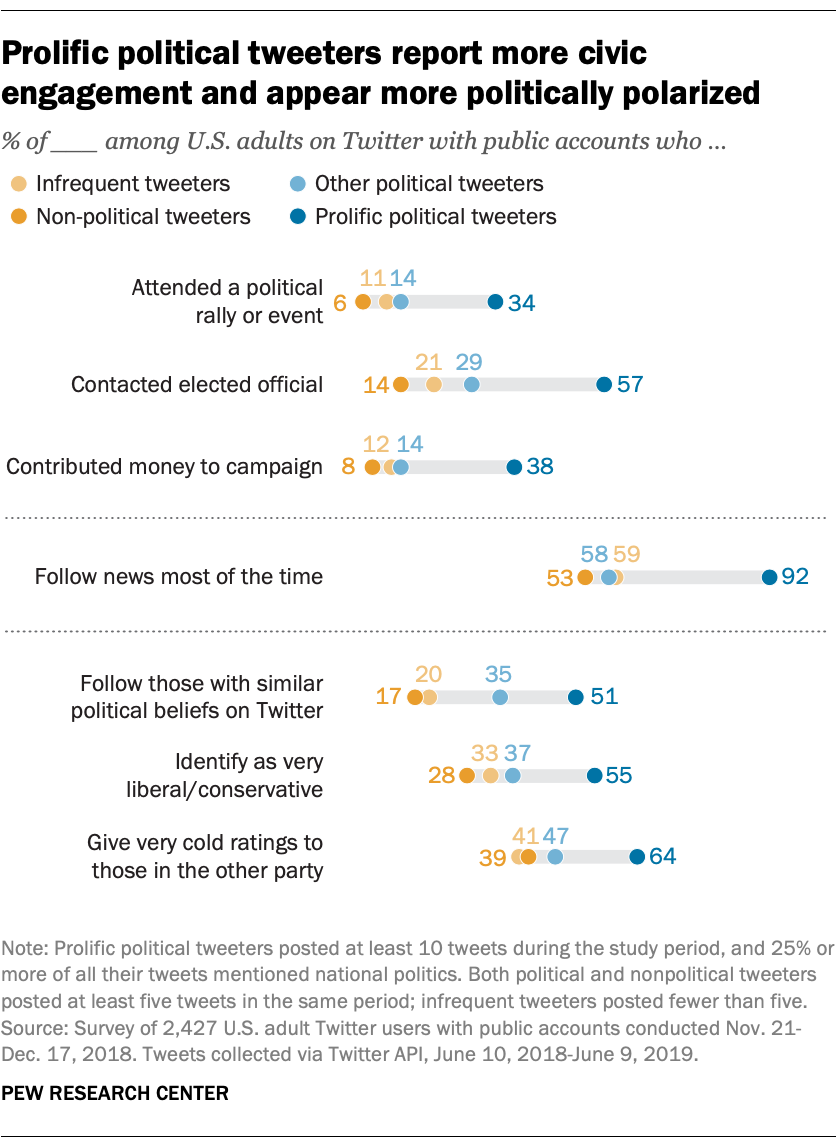 Prolific political tweeters are especially likely to engage in civic activities. In the year prior to the survey (a time period that includes the 2018 midterm election), 34% of this group reported attending a political rally or event, while 57% said they contacted an elected official and 38% said they contributed money to a political campaign. Other types of Twitter users – including those who tweet about national politics but do so relatively infrequently – are much less likely engage in these activities.

They also pay closer attention to the news: 92% say they follow the news most of the time, whether or not something important is happening. Among those who tweet about politics less frequently, 58% say the same; the share is 53% for nonpolitical tweeters.

These tweeters are more polarized in terms of their ideological self-identification than those who tweet about the topic less often. Some 55% of prolific political tweeters identify as very liberal or very conservative, based on an 11-point measure of ideology where scores of 0 (most conservative) to 2 are defined as very conservative, and scores on the other end of the scale (8-10) are defined as very liberal. Among nonpolitical tweeters, 28% choose these more polarized options.