Well over a year before the 2020 presidential election, many social media users in the United States are already exhausted by how much political content they see on these platforms. 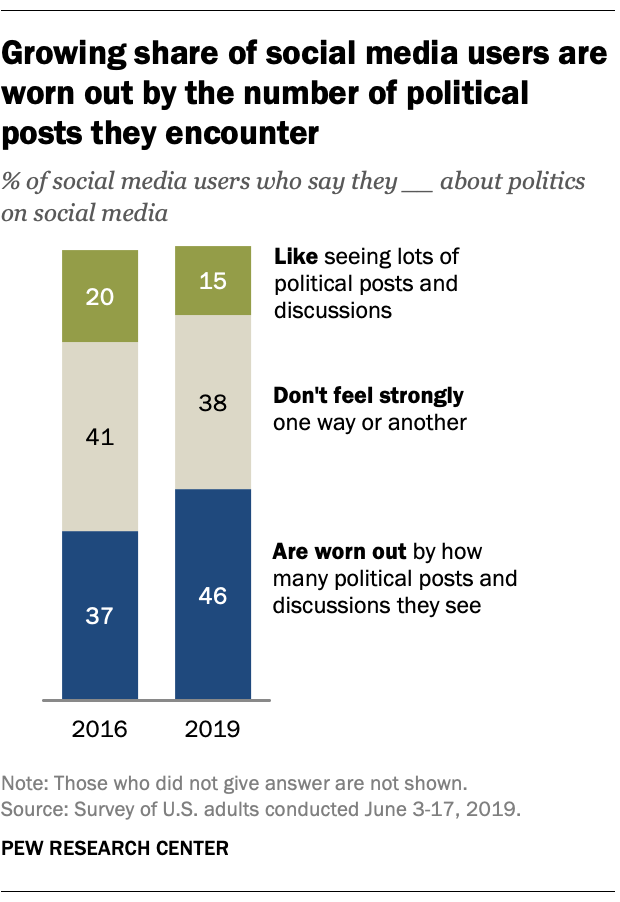 Some 46% of adult social media users say they feel “worn out” by the number of political posts and discussions they see on social media, according to a Pew Research Center survey of U.S. adults conducted June 3-17, 2019. This share has risen 9 percentage points since the summer of 2016, when the Center last asked this question.

Still, some social media users are ambivalent about seeing these types of posts or find them enjoyable. About four-in-ten say they don’t feel strongly about encountering these discussions, while a much smaller share (15%) say they like seeing lots of political posts on social media. 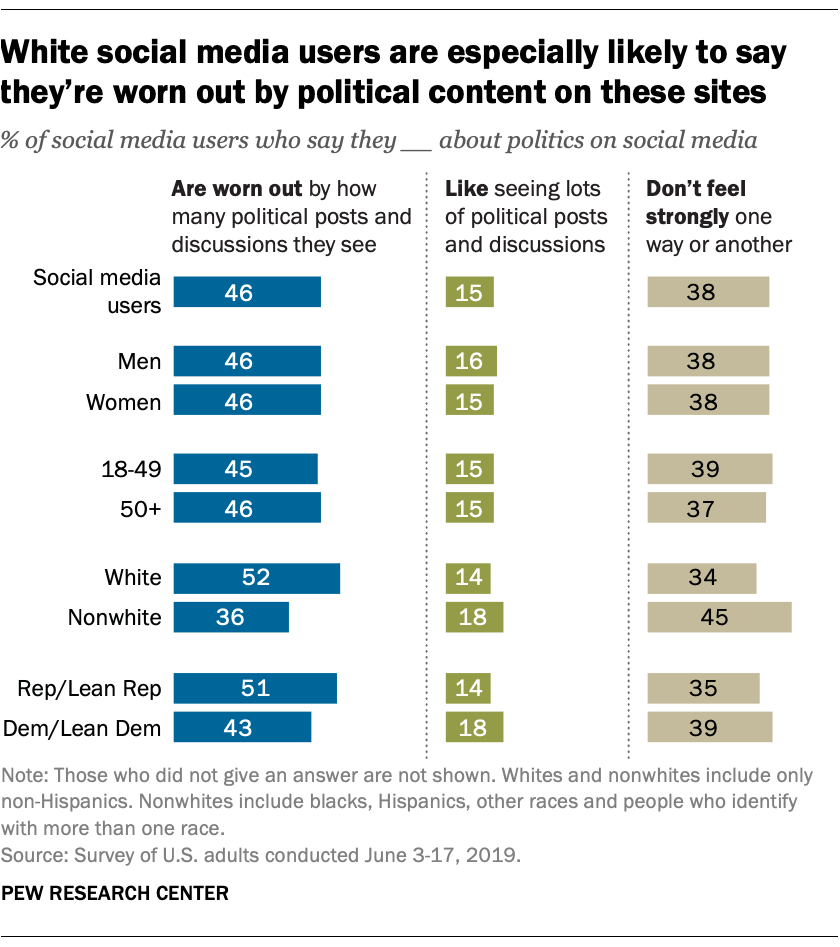 Larger shares of users from both major parties say they feel fatigued than say they like the level of political content on these sites, but Republicans and Republican-leaning independents are somewhat more likely than Democrats and Democratic leaners to say they are worn out by how many political posts they encounter on social media (51% vs. 43%).

People who use social media sites are also more likely today than in the past to describe the political discourse on these platforms in negative terms. Roughly two-thirds of users (68%) now say they find it “stressful and frustrating” to talk about politics on social media with people they disagree with, up from 59% in 2016. Conversely, 27% of users today say they find these interactions “interesting and informative,” compared with 35% three years prior. 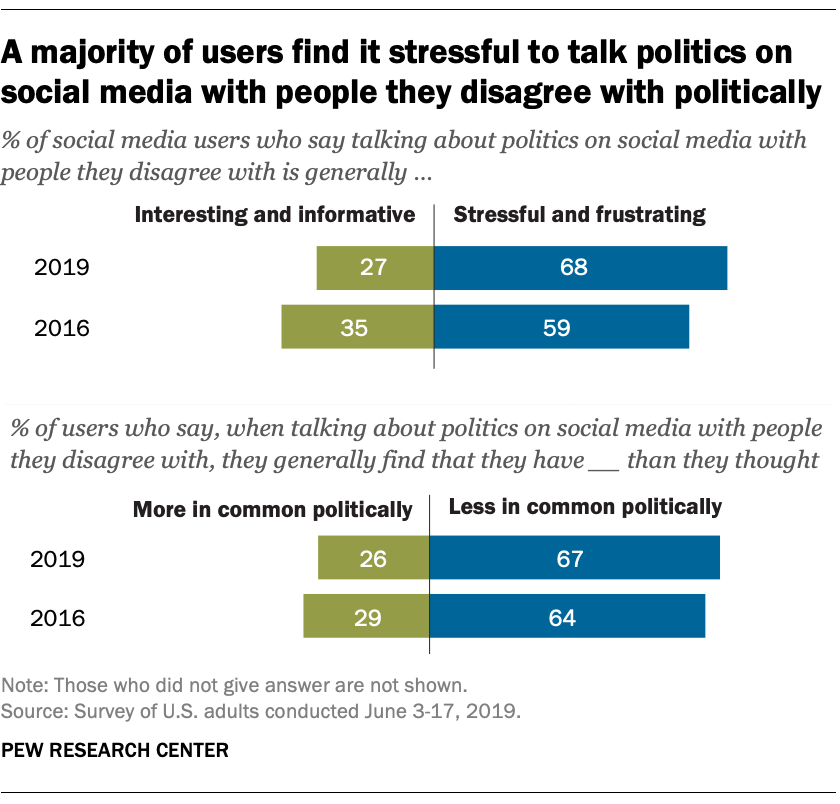 The new survey also finds that users generally do not find common ground with others during online discussions about politics. Two-thirds of users (67%) say that discussing politics on social media with people they disagree with usually leads them to find out they have “less in common politically” than they expected. About a quarter (26%) report finding out they have “more in common” than previously thought. These shares are statistically unchanged from 2016.

Attitudes about these exchanges also vary by race and ethnicity. White social media users are more likely than nonwhite users to say they find it stressful and frustrating to talk politics with people they disagree with (72% vs. 61%) or that these conversations generally lead them to realize they have less in common with that person than they may have anticipated (71% vs. 61%).

Republicans and Democrats – including leaners – who use social media are about equally likely to describe these disagreements as frustrating or say discussing politics with someone they disagree with reveals that they have less in common than they thought.

These findings are in line with a 2018 Pew Research Center survey showing that almost seven-in-ten Americans report feeling “worn out” by the amount of news they encounter. A separate Center survey conducted this spring found that more than eight-in-ten Americans say the tone and nature of political debate in the nation has become more negative over the last several years, and half of U.S. adults say talking about politics with people they disagree with politically is “stressful and frustrating.” 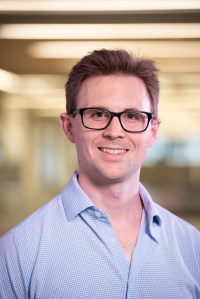