The degree to which climate change threatens the ecosystems of the Earth and societies around the world has been an ongoing subject of debate – and sometimes protest. As Earth Day nears, we take stock of U.S. public opinion about climate change, based on recent Pew Research Center surveys. 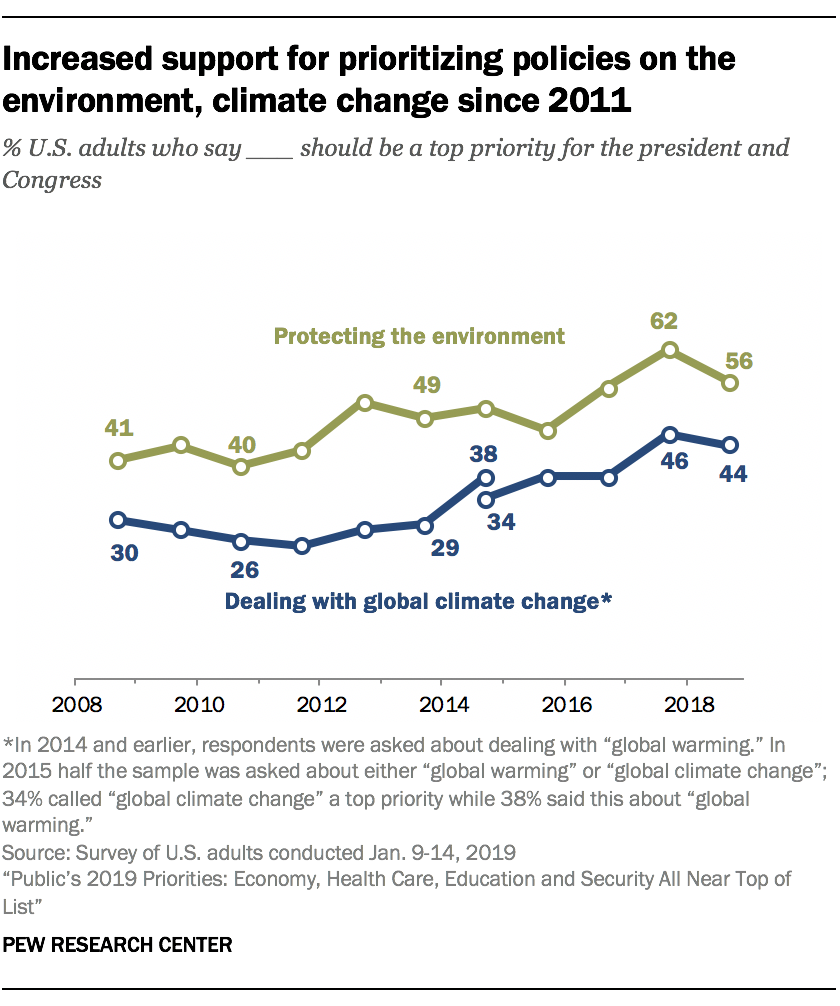 Compared with a decade ago, more Americans today say protecting the environment and dealing with global climate change should be top priorities for the president and Congress. A majority of U.S. adults (56%) say protecting the environment should be a top priority for the president and Congress, while a smaller share (44%) says the same about dealing with global climate change, according to a 2019 Pew Research Center survey.

Americans have a long to-do list for the president and Congress. Protecting the environment has been near the middle of the public’s priorities in Center surveys over the past decade, while dealing with climate change has been lower on the list. But the shares of Americans who consider each to be a top priority have grown considerably since 2011. The increase has been especially pronounced among Democrats. 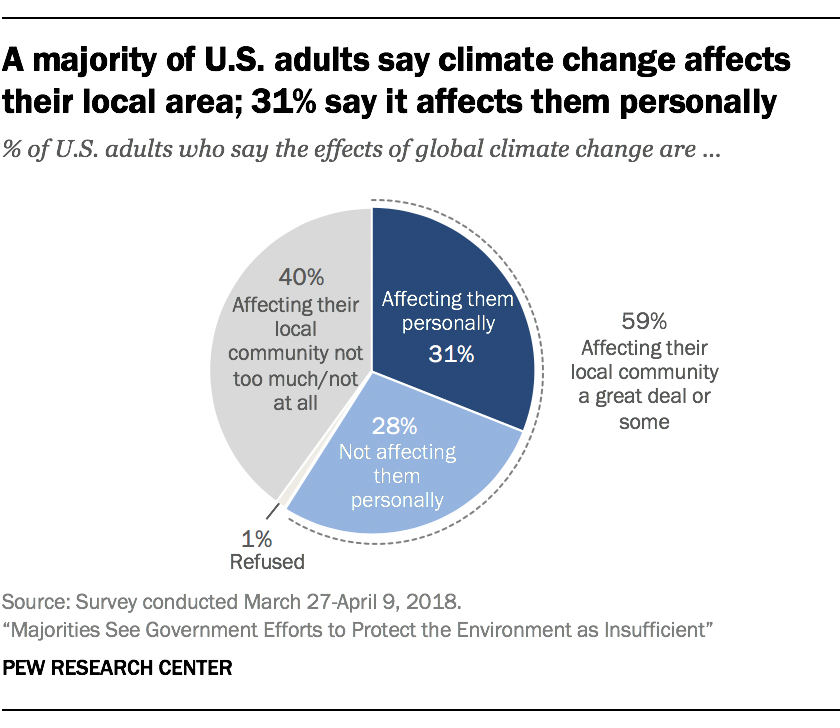 A majority of Americans see at least some effect of climate change where they live. In 2018, about six-in-ten Americans (59%) said that global climate change was affecting their local community a great deal or some. Those who said this explained how they see such effects in a number of ways. Many pointed to changes in the weather, including increasing frequency of severe storms, droughts, floods and wildfires (45% of those asked cited this reason).

Rising sea levels could endanger coastal communities, which are especially vulnerable to floods and storm surges. Our 2018 analysis found that two-thirds of Americans who live within 25 miles of a coastline (67%) say climate change is affecting their local community at least some, compared with half of those who live 300 miles or more from the coast. 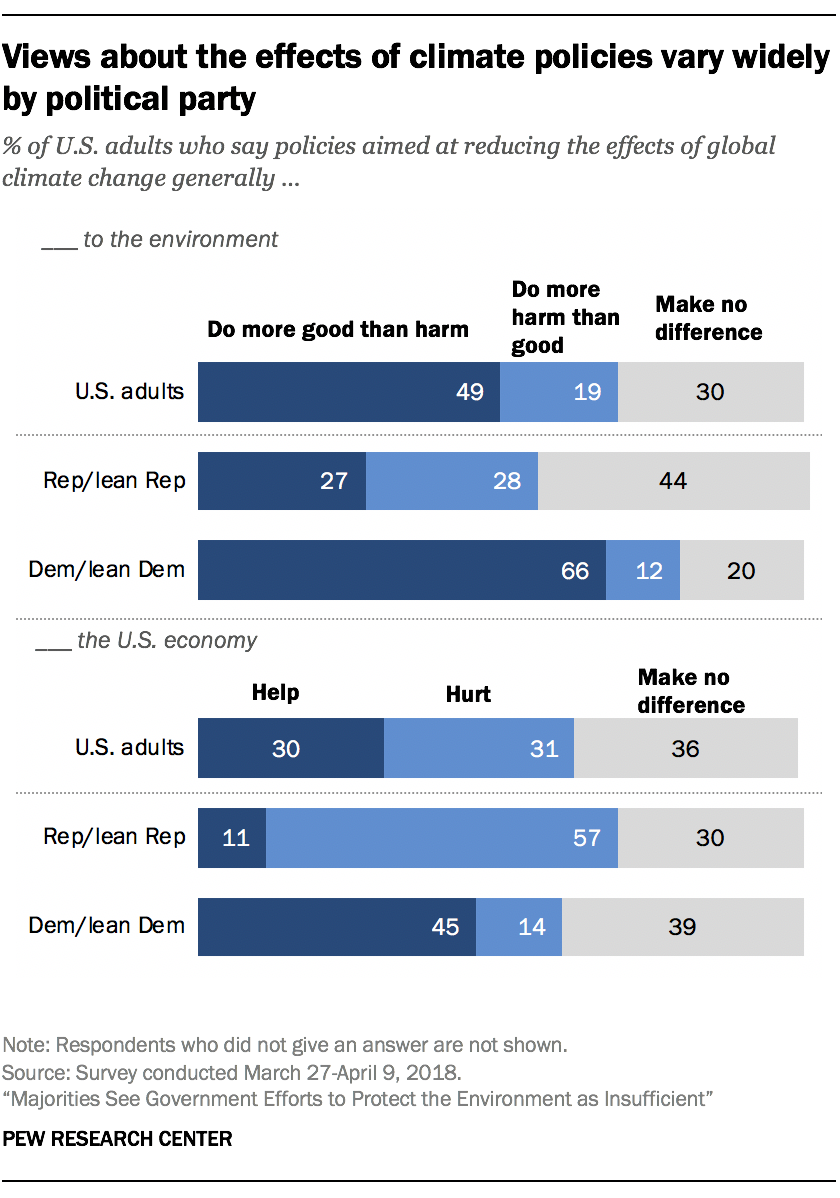 Republicans and Democrats differ over the effects of climate policies. In the Center’s 2018 survey, roughly two-thirds of Americans (67%) said the federal government wasn’t doing enough to reduce the effects of global climate change. But there were wide political divides over the effects of climate policy. For example, two-thirds of Democrats and independents who lean to the Democratic Party (66%) said policies aimed at reducing climate change generally provide net benefits for the environment, compared with roughly three-in-ten Republicans and Republican-leaning independents (27%). Instead, 44% of Republicans said such policies make no difference and about three-in-ten (28%) said they do more harm than good for the environment. 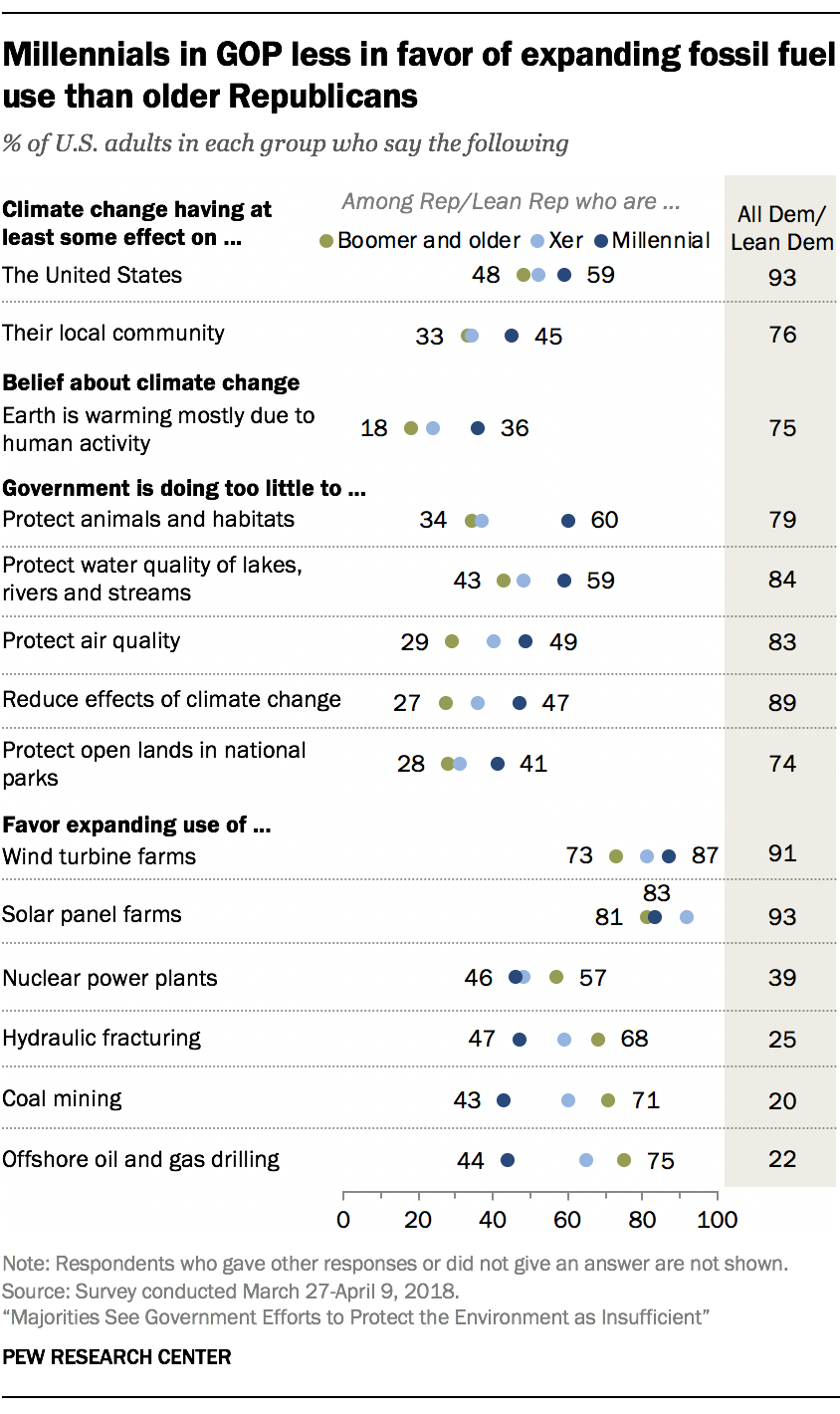 Millennial Republicans are more likely than Baby Boomer and older GOP members to say the Earth is warming due to human activity. Three-quarters of Democrats (including independents who lean to the Democratic Party) said in 2018 that the Earth is warming mostly due to human activity. In contrast, only about one-quarter of Republicans (26%, including leaners) said the same. Pew Research Center surveys since 2006 have consistently found wide differences between Republicans and Democrats in this belief. 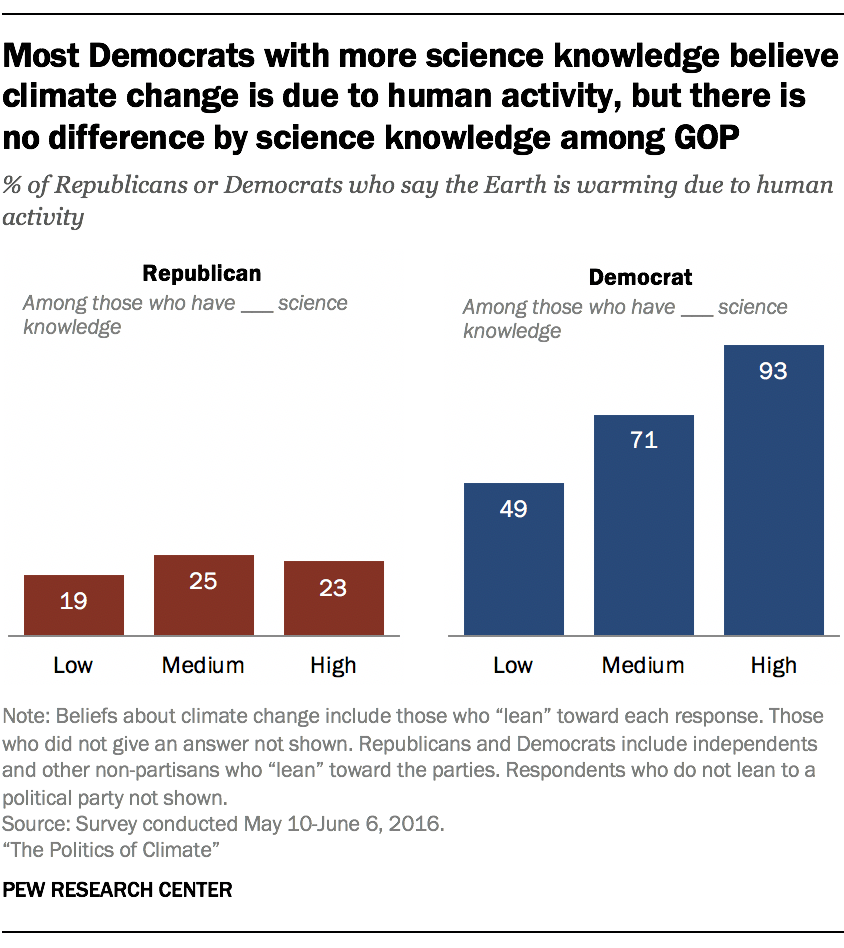