The Pew Research Center survey, conducted Jan. 9-14 (before the partial shutdown of the federal government ended), finds that expectations for the year ahead have declined among members of both parties.

As has been the case since Donald Trump’s election, Republicans are far more optimistic than Democrats about the coming year.

Seven-in-ten Republicans and Republican-leaning independents (70%) say 2019 will be better than 2018. By comparison, just 32% of Democrats and Democratic leaners say they expect this year to be better than last year.

But members of both parties – particularly Republicans – are less optimistic than they were about 2018, when 88% of Republicans and 42% of Democrats said the year ahead would be better than the one that had just ended. 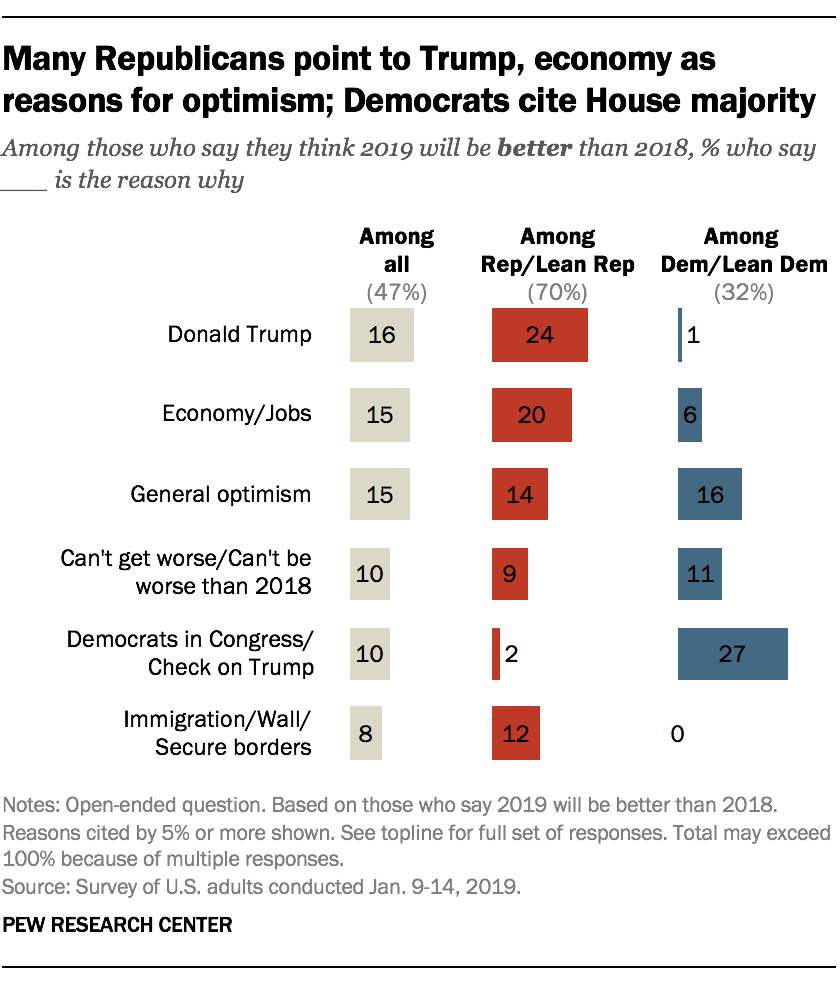 Trump continues to be a major factor in partisans’ expectations for the coming year – both positive and negative.

Asked why they think 2019 will be better than 2018, 24% of Republicans volunteer Trump as the reason, while 20% cite the economy. Roughly one-in-ten (12%) point to expectations around border security and immigration, including the possible expansion of the U.S.-Mexico border wall.

The share of Republicans who are optimistic about the coming year and mention Trump as a reason is roughly the same as in 2018, but a smaller share now mentions the economy than did so last year (36% then, 20% now). 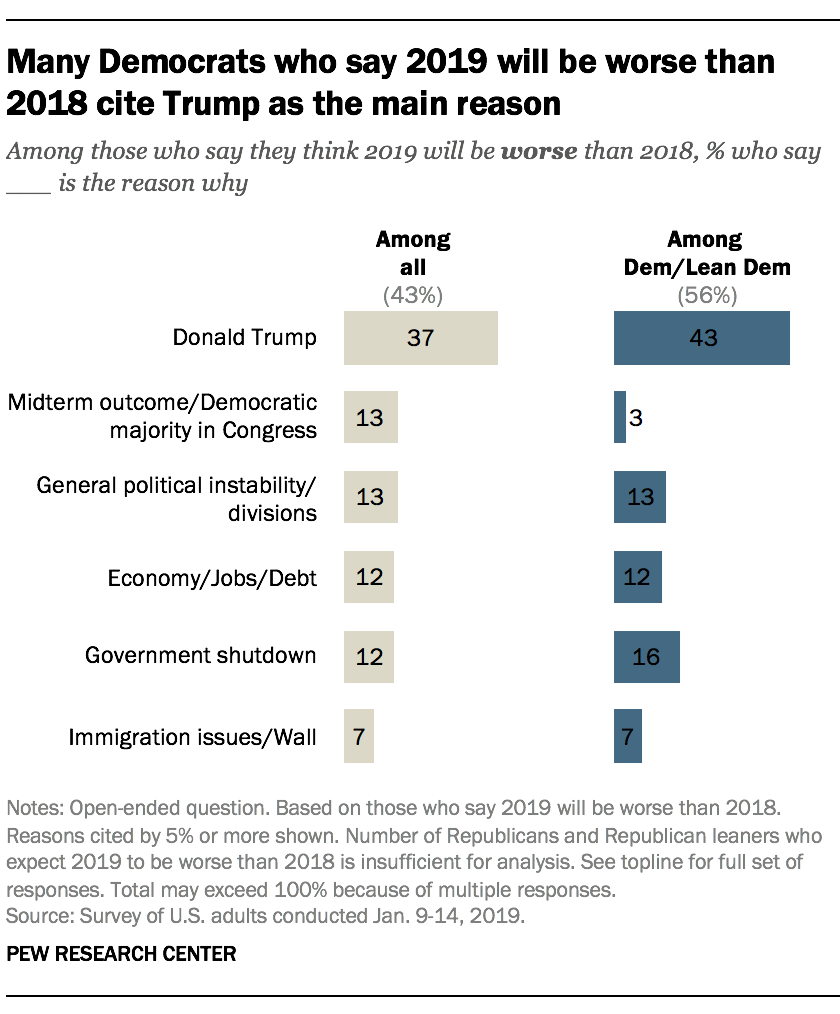 Among the relatively small share of Democrats (32%) who are optimistic about 2019, the most commonly cited reasons are the Democrats’ new House majority or the party’s ability to provide a check on Trump, cited by 27%. Another 11% of Democrats say the year ahead will be better because 2019 can’t be worse than 2018; a larger share (16%) expresses general optimism about the coming year.

Trump is by far the top reason for pessimism among the 56% of Democrats who expect this year to be worse than last year. About four-in-ten Democrats (43%) say 2019 will be worse than 2018 and cite Trump as the main reason; another 16% cite the government shutdown, while 13% cite political instability or the country’s political divisions.