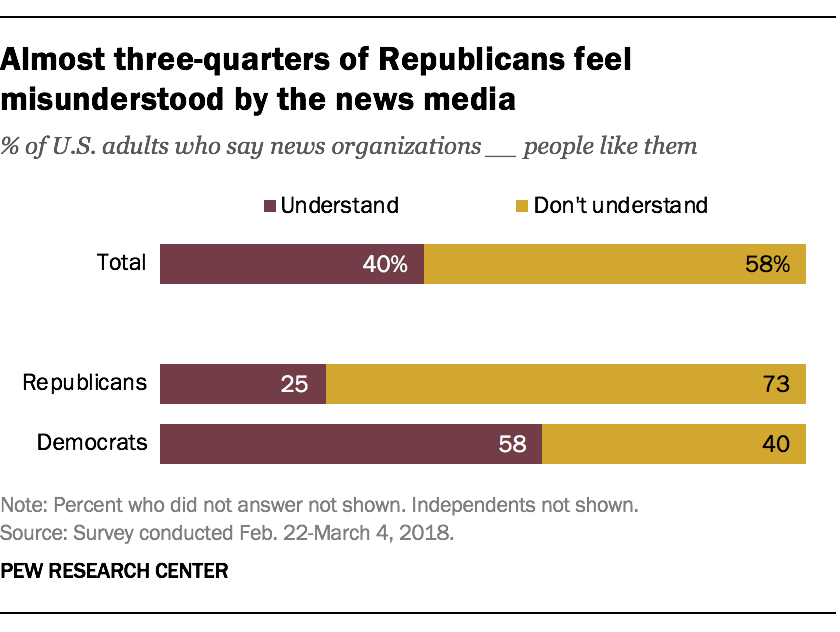 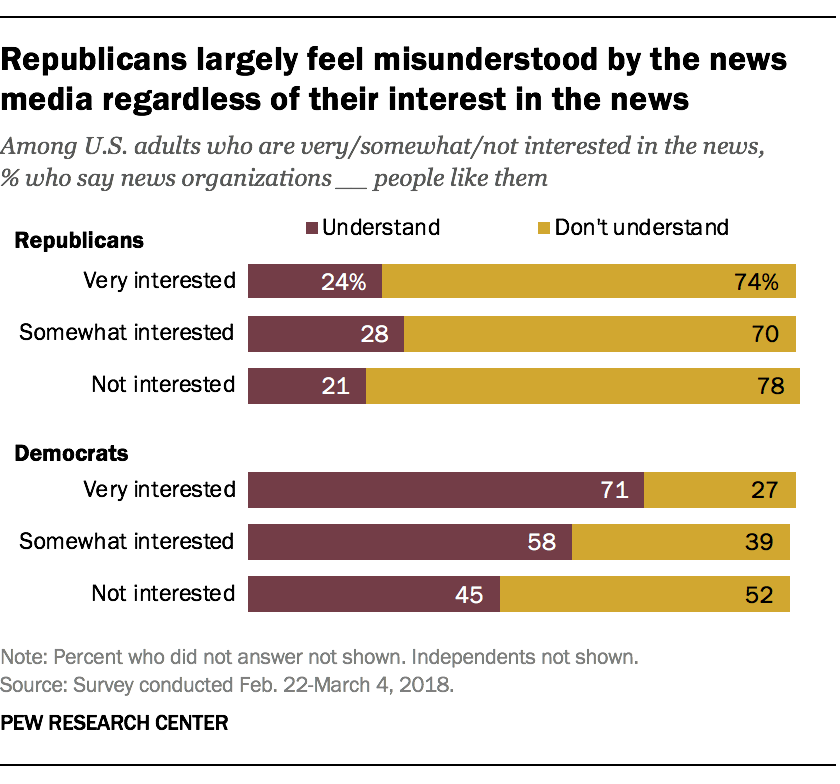 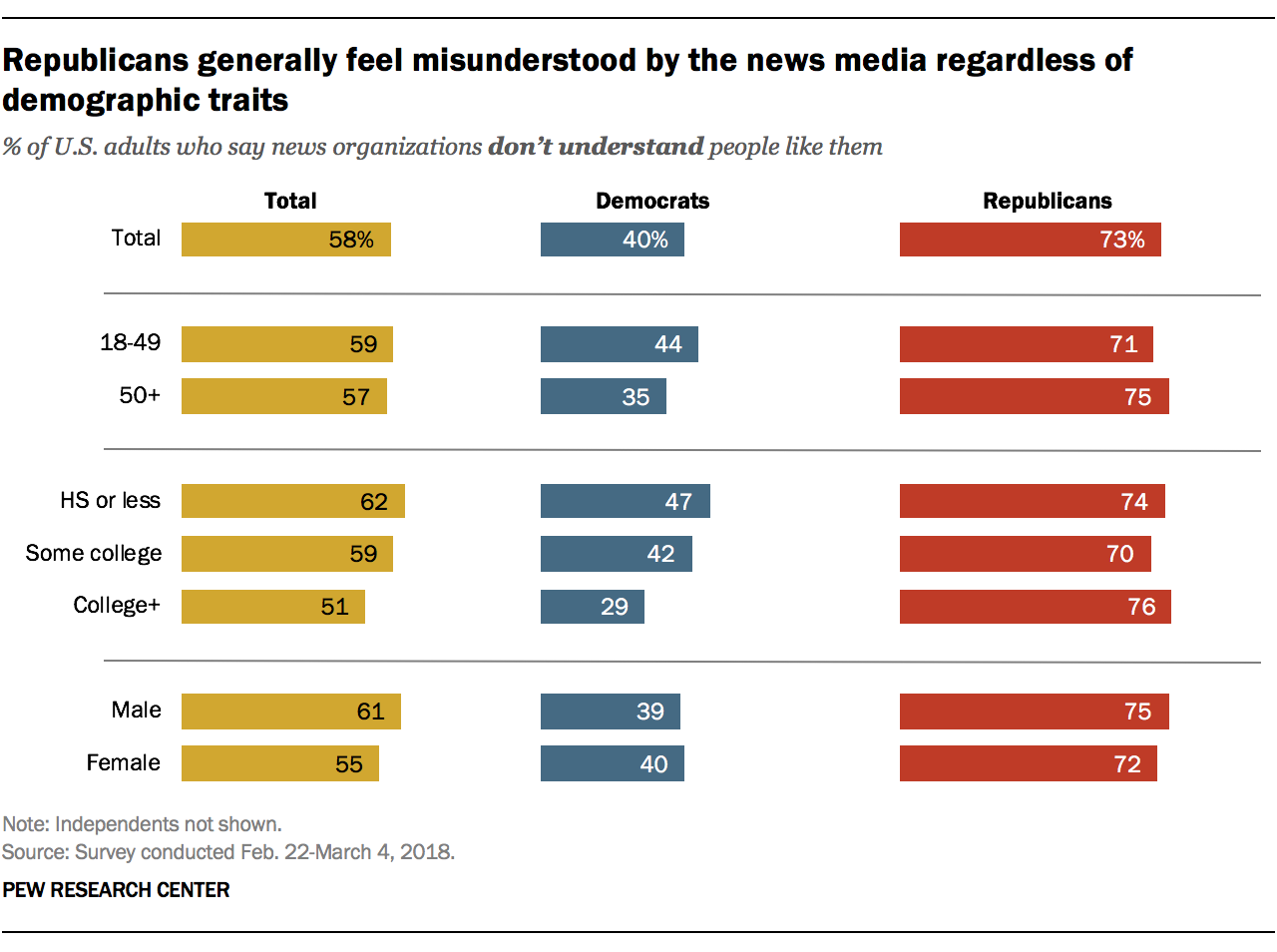 Black, Hispanic and white adults feel the news media misunderstand them, but for very different reasons
Most Americans – especially Republicans – say local journalists shouldn’t express views on local issues
Americans’ news fatigue isn’t going away – about two-thirds still feel worn out
18 striking findings from 2018
10 key findings about Jewish Americans
10 key findings about Jewish Americans
Defining generations: Where Millennials end and Generation Z begins
Jewish Americans in 2020
Quiz: Are you a Core Conservative? A Solid Liberal? Or somewhere in between?
What We Know About Gen Z So Far