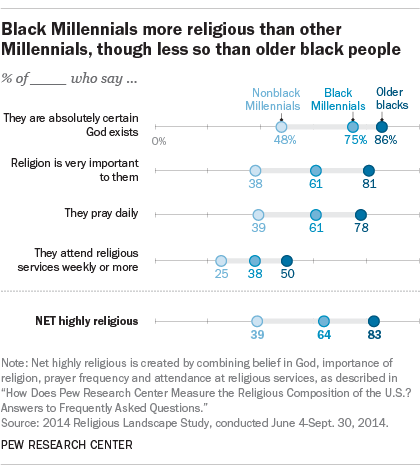 In fact, nearly two-thirds (64%) of black Millennials are highly religious on a four-item scale of religious commitment – which includes belief in God and self-described importance of religion, in addition to prayer and worship attendance – compared with 39% of nonblack Millennials. 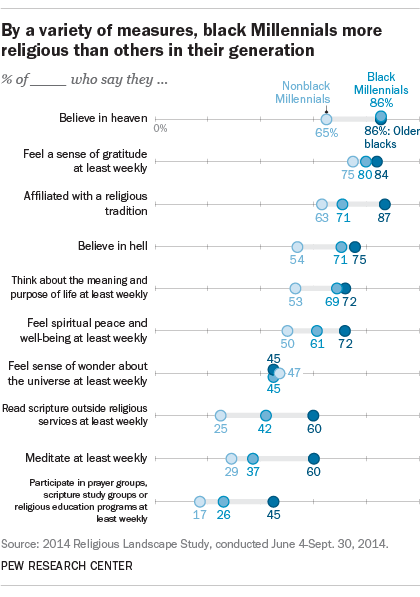 These patterns generally hold on several – but not all – of the other religious beliefs and practices measured by the survey. For example, the 61% of black Millennials who say they feel a deep sense of spiritual peace and well-being at least weekly is significantly lower than the 72% of older black people who say this, but higher than the 50% of nonblack Millennials. Black Millennials also are more likely to regularly read scripture outside of religious services than are others in their generation, and less likely than older black people to do so.

In other instances, the patterns are more mixed. While black Millennials are more likely to believe in heaven than are nonblack Millennials, they are no less likely than older blacks to hold this belief. And respondents in all of these groups are about equally likely to say they feel a deep sense of wonder about the universe.