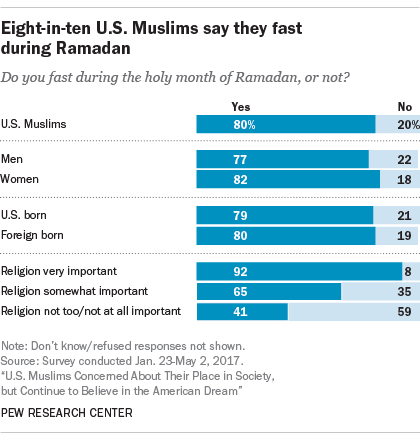 Most Muslims say they fast during Ramadan
U.S. Muslims are religiously observant, but open to multiple interpretations of Islam
Religion is less central to everyday life for Muslims in Israel than elsewhere in the region
Muslims and Islam: Key findings in the U.S. and around the world
5 facts about Israeli Christians
Defining generations: Where Millennials end and Generation Z begins
Quiz: Are you a Core Conservative? A Solid Liberal? Or somewhere in between?
Key findings about U.S. immigrants
About One-in-Four U.S. Hispanics Have Heard of Latinx, but Just 3% Use It
Views on Race in America