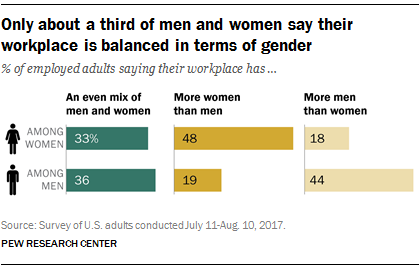 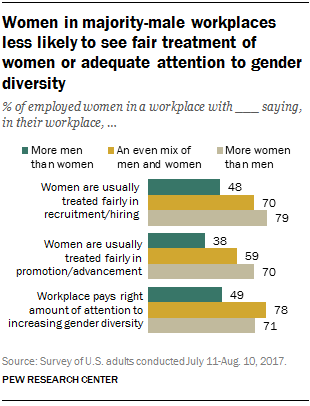 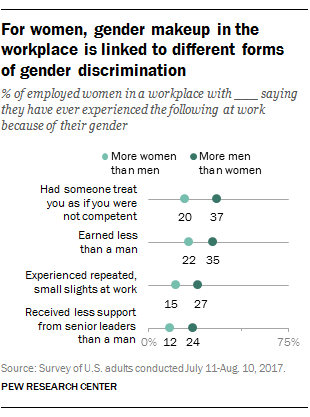 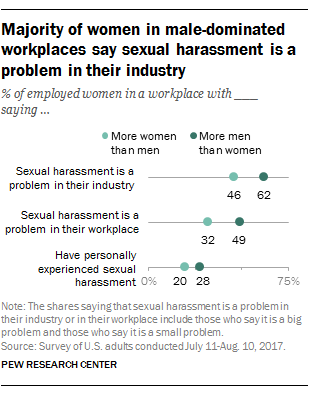 Topics
Discrimination and PrejudiceGenderSocial ValuesWork and Employment
Share this link:

Many Americans say women are better than men at creating safe, respectful workplaces
Who men and women prefer as their co-workers
Women are more concerned than men about gender discrimination in tech industry
Key takeaways on Americans’ views on gender equality a century after U.S. women gained the right to vote
10 things we learned about gender issues in the U.S. in 2017
Defining generations: Where Millennials end and Generation Z begins
Growing Share of Americans Say They Plan To Get a COVID-19 Vaccine – or Already Have
Quiz: Are you a Core Conservative? A Solid Liberal? Or somewhere in between?
Most Americans Support Tough Stance Toward China on Human Rights, Economic Issues
In their own words: What Americans think about China